While some strategy games are easy to benchmark, others are not, and Civilization V falls into that latter category. Unlike most others, Civ is a game that has a lot of pop-up dialogs that must be dealt with to continue gameplay, and it’s difficult to minimize them just as quick each time. For this test in particular, I wouldn’t hold extreme credence in the AMD vs. NVIDIA aspect of things, but I’d rather you take the performance results as they are, and to get a general idea of what to expect. I hate timedemos, but it’s games like these that are perfect for them. 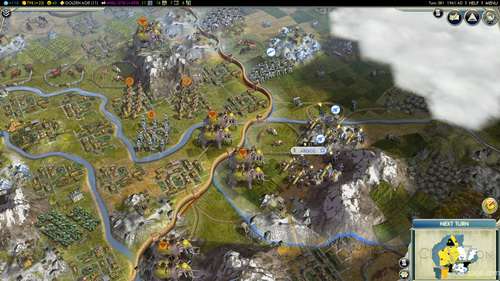 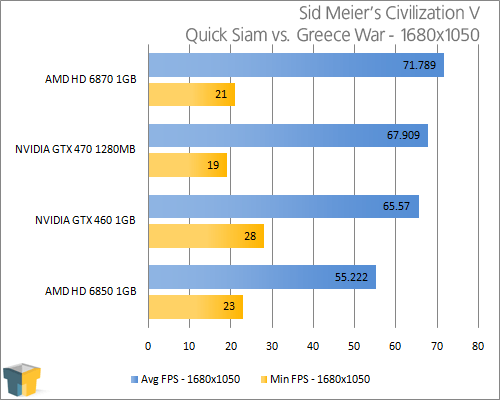 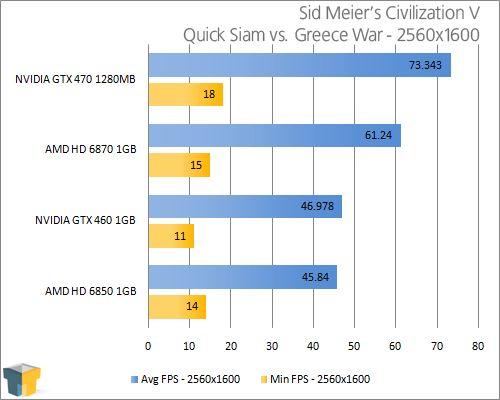 Whether you are running 1680×1050 or 2560×1600, Civ V will run just fine on any of these cards. Though some perform much better than others, you’d be hard-pressed to actually notice it during gameplay.

If you enjoy a good ole hack and slash, then Darksiders is well worth a look. For our test here, we simply began the game out and progressed far enough to a point where we could get repeatable results. That we did, and our run consists of killing a slew of archangels, and then half-killing a massive rock creature (and by massive, I mean like the size of a building). 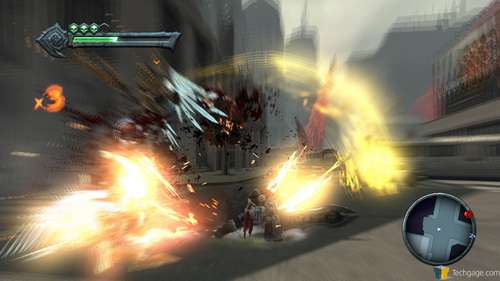 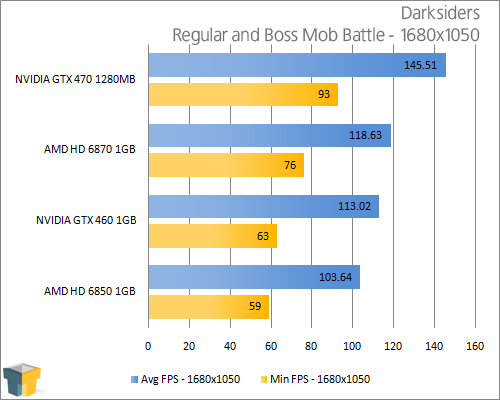 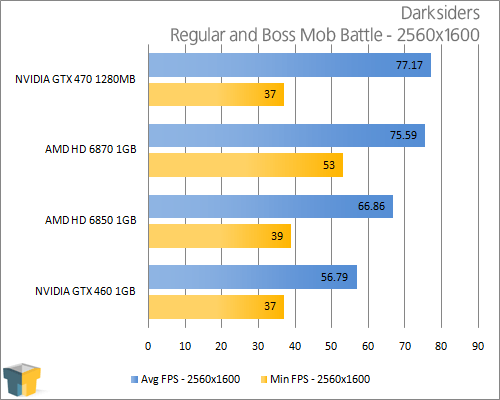 Similar to Civ V, any performance gains over what we see here are likely to be for naught, as all cards performed extremely well. Oddly, NVIDIA’s GTX 470 performed much better at 1680×1050 than the others, but came back down to earth at 2560×1600.