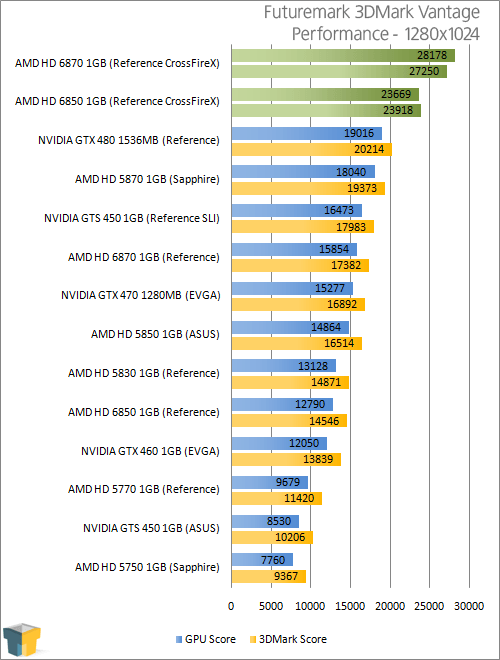 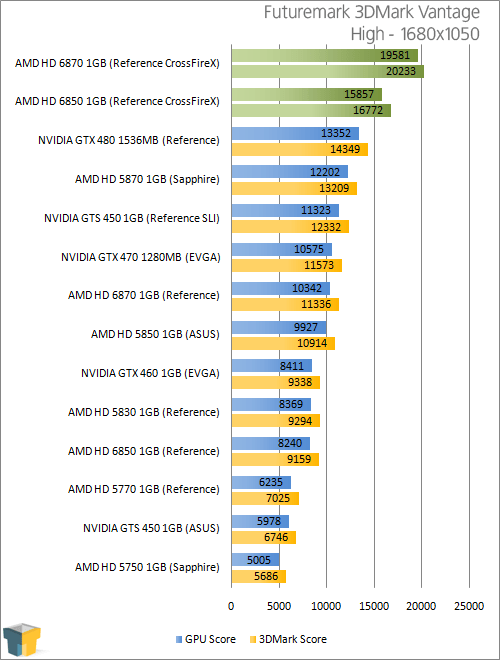 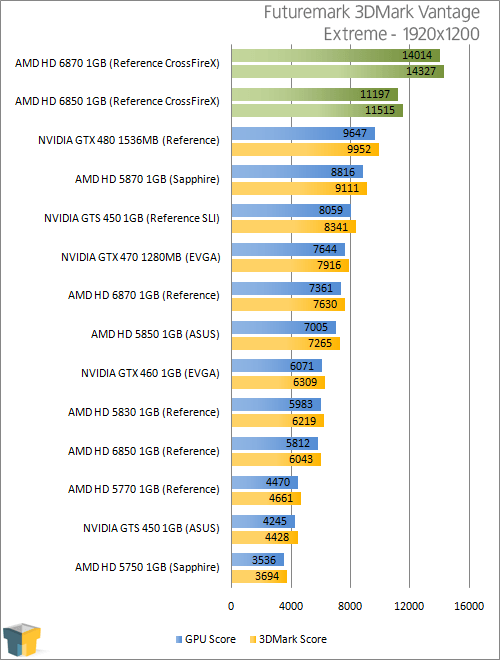 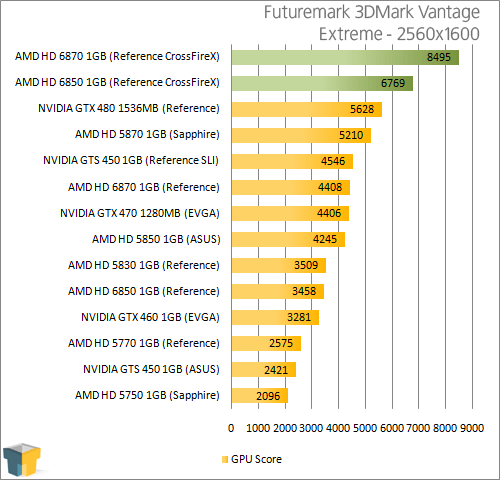 No surprises here… the CrossFireX configurations scored high, with even the lowly HD 6850 pushing right past the GTX 480, and by a rather fair margin.