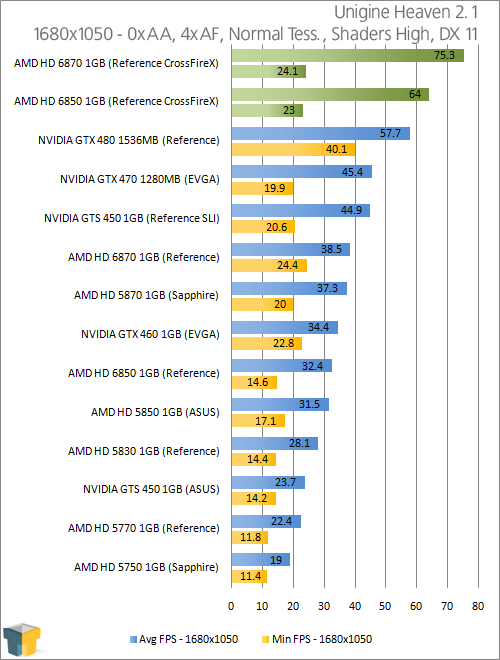 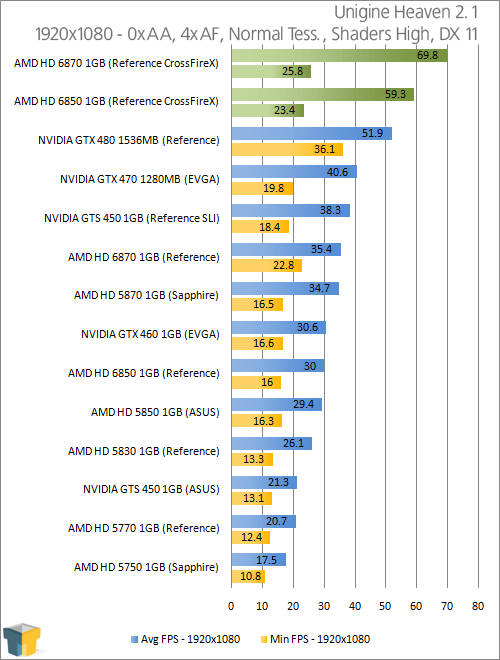 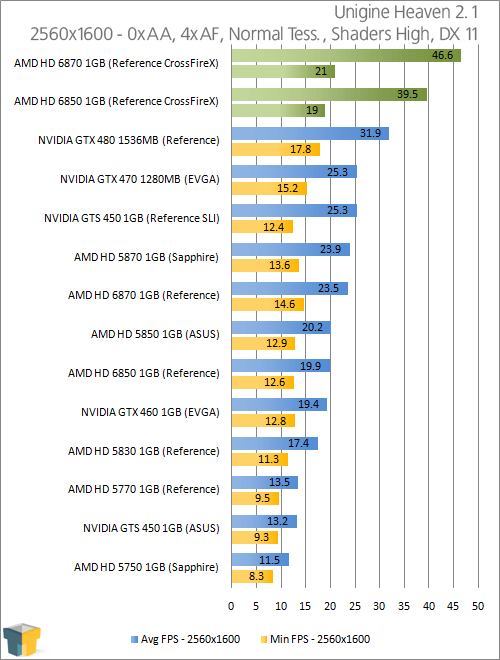 Thanks to the excellent tessellation performance of NVIDIA’s Fermi architecture, that company’s cards out-performed AMD’s in our launch article, but pair a couple of the cards together in CrossFireX, and the tables are turned. Even the lowly HD 6850 far surpassed the performance of the GTX 480!