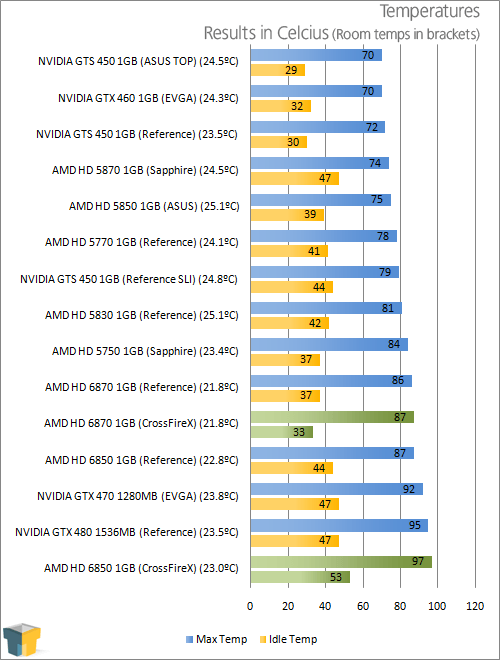 If it seems odd that the Radeon HD 6850 runs far hotter than the HD 6870, you’re certainly not alone. Prior to our launch article, AMD sent out BIOS updates for the HD 6850 in particular, as they shipped out without proper power mechanics in place. Though we updated both of our cards, they still prove much hotter than the HD 6870. It wouldn’t surprise me if we need another BIOS update, and I’m confident that shipping cards won’t follow this same scheme. 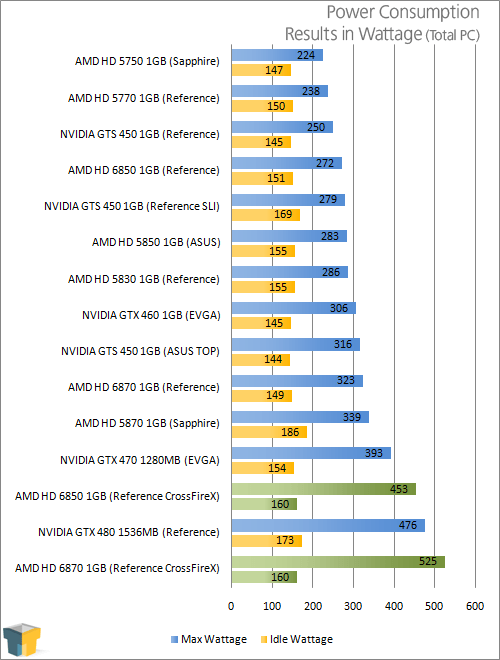 The HD 6870 in CrossFireX out-performed the GTX 480 in all of our tests, but it also proves to suck down far more power as well… over 500W for our entire PC. Given that we’re running an overclocked Core i7 quad-core, though, 525W for such a high-end rig seems quite respectable!