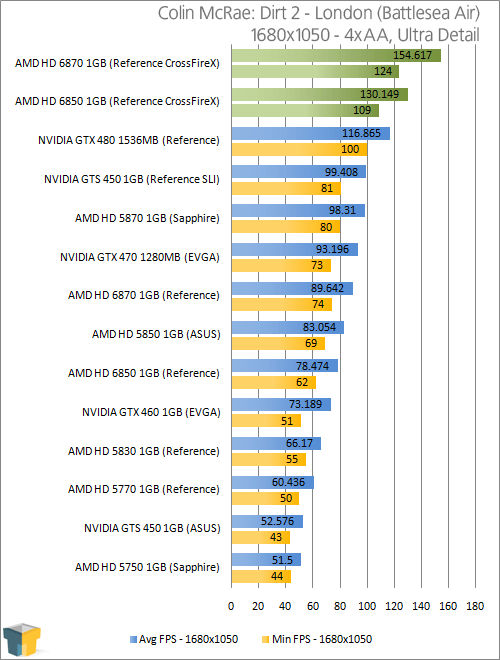 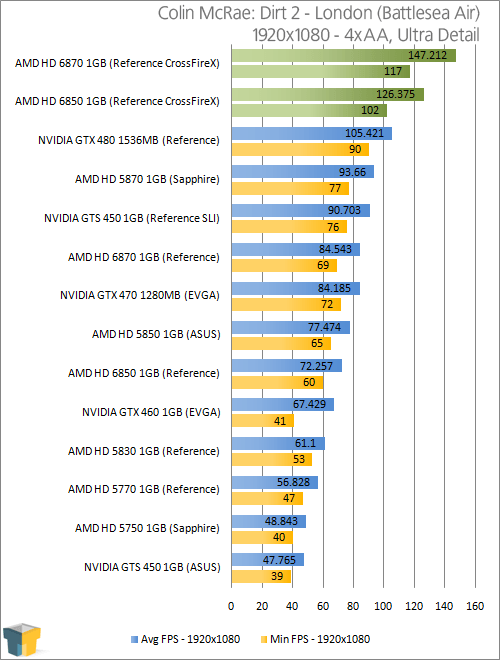 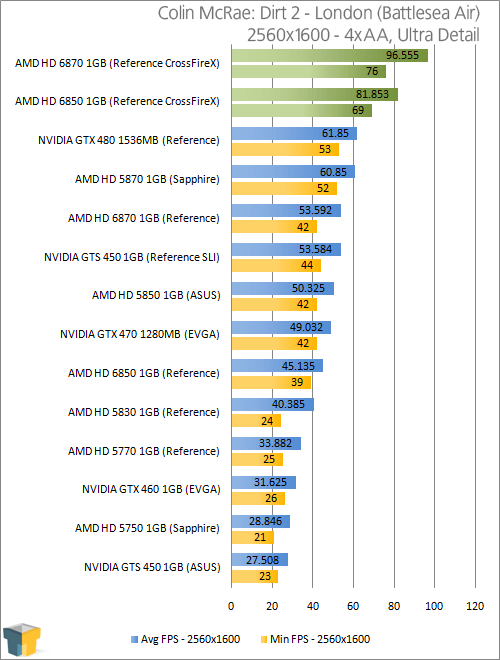 We’re off to a strong start, with even the CrossFireX’d HD 6850’s far surpassing the performance of NVIDIA’s high-end GeForce GTX 480. To be fair, though, this game does tend to be Radeon-sided, but even so, the differences are huge.

No surprises here… maxed-out details and 4xAA are no problem for most of our single-card configurations, much less our CrossFireX ones.