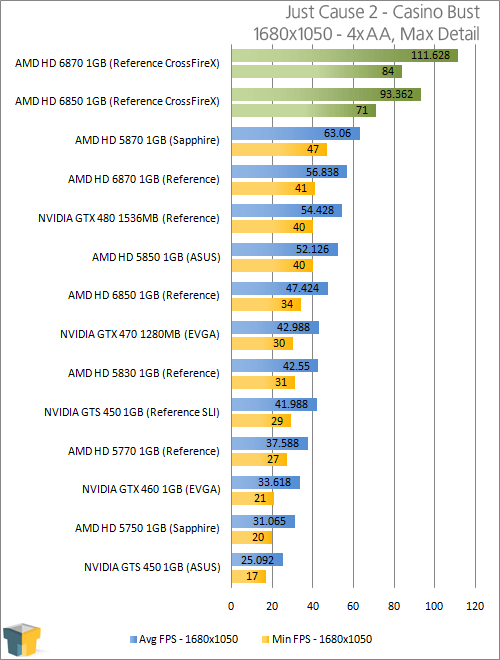 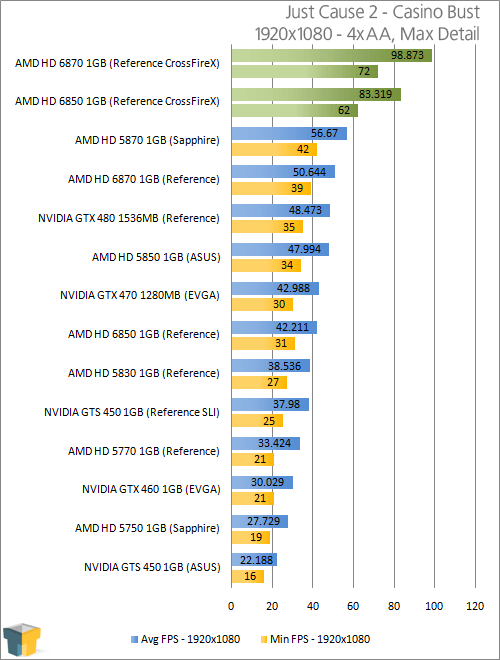 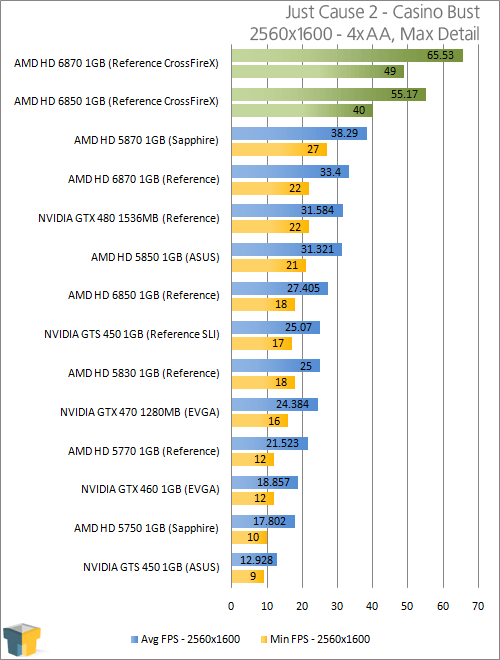 Our two CrossFireX configurations continue to dominate here, and both have become the first to manage far more than playable framerates with top-end detail settings, AA included.

Our “Best Playable” for this game tends to be around ~40 FPS, and our HD 6850 configuration managed to keep that as its minimum. Great stuff so far.