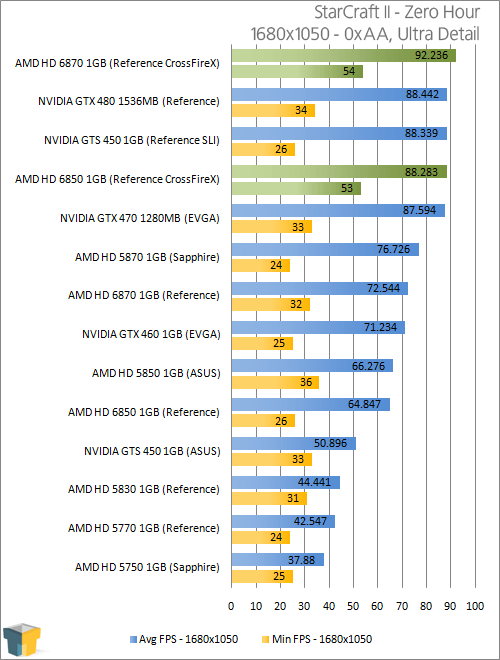 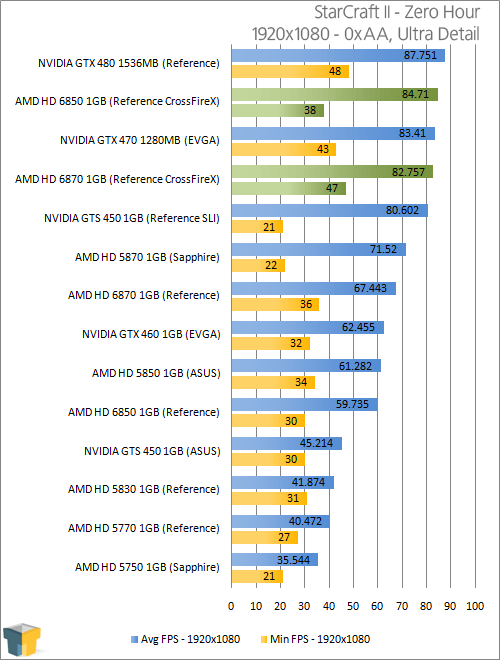 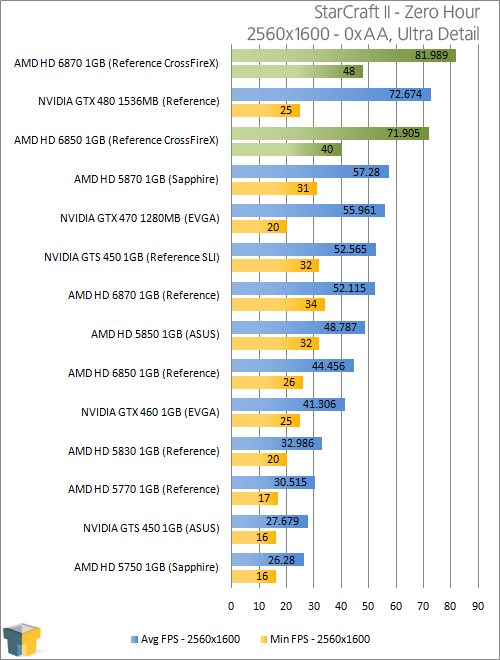 It’s clear that StarCraft II loves NVIDIA cards, as the GTX 480 kept up quite close to the CrossFireX’d HD 6870s. In the end, all of our single card configurations handled the game just fine even at 2560×1600. This is a game where ~30 FPS is playable, so anything more than that, and you’re golden.

If you wish to do so (and I recommend it), you can force anti-aliasing through the AMD control center and still get some great performance. I run the game without it in our tests simply due to the fact that it’s not a native option found inside of the game, and there’s too great a chance of mixed results between vendors.