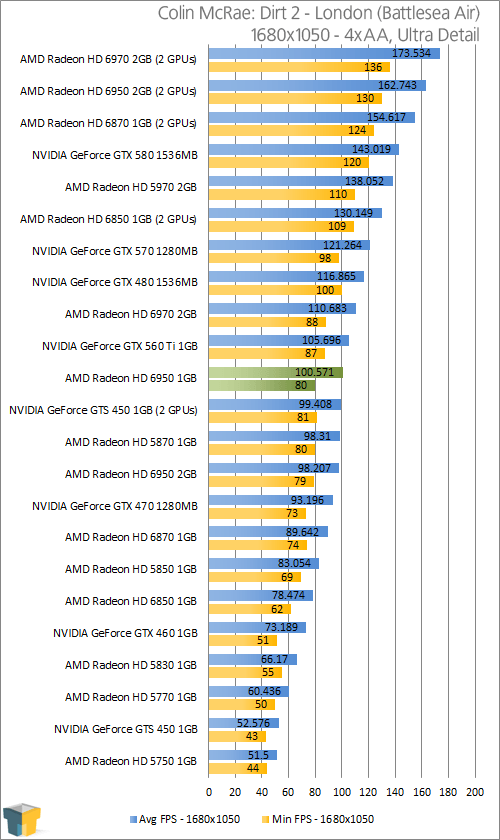 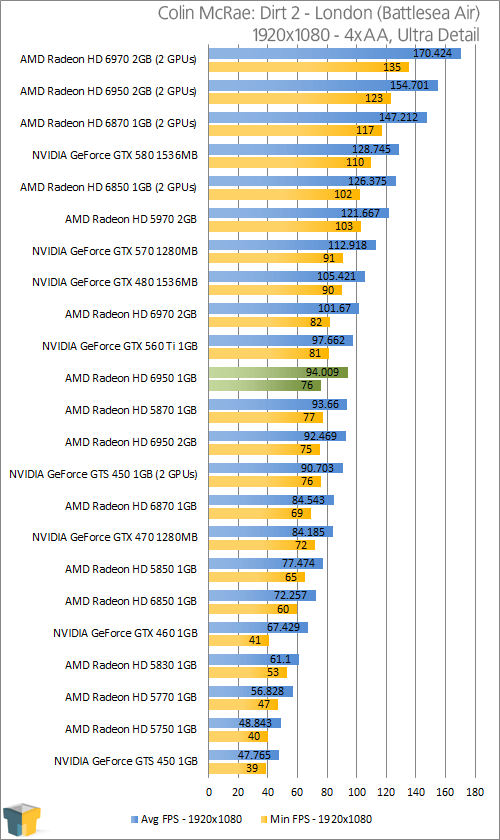 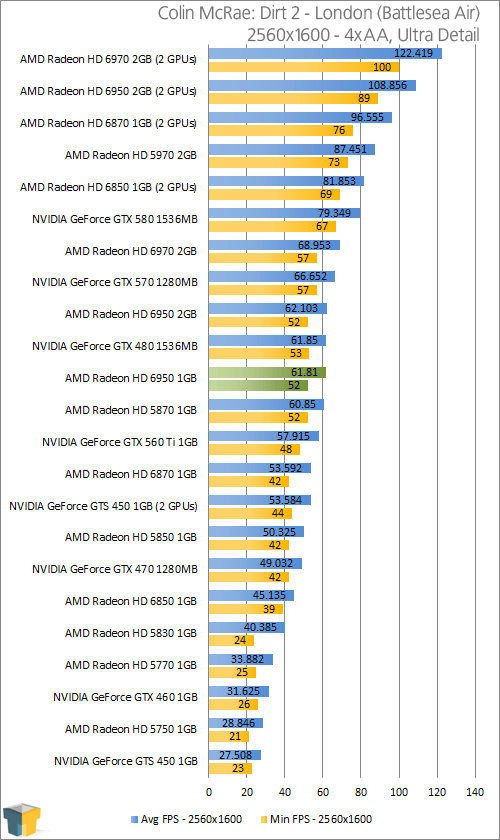 We’re seeing some interesting results so far, because overall, it’s the 1GB card that’s coming ahead, not the 2GB. Things changed a little bit at 2560×1600, but as the 2GB card pushed ahead by a mere 0.3FPS, that change is the definition of “minor”.