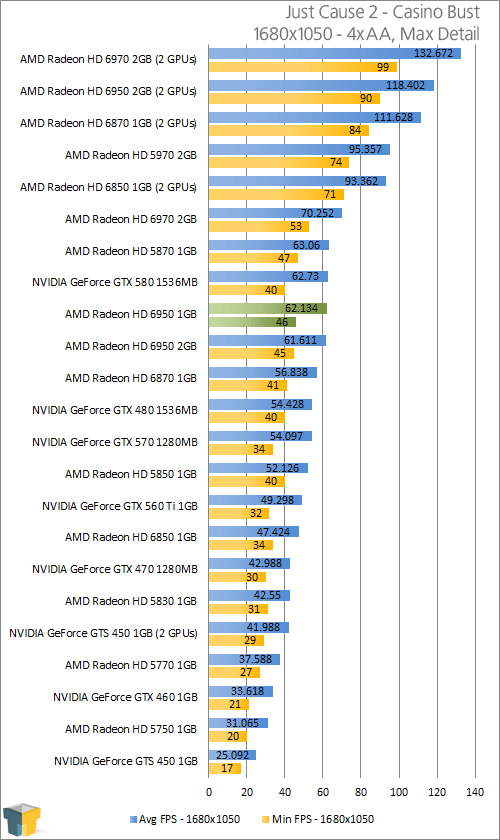 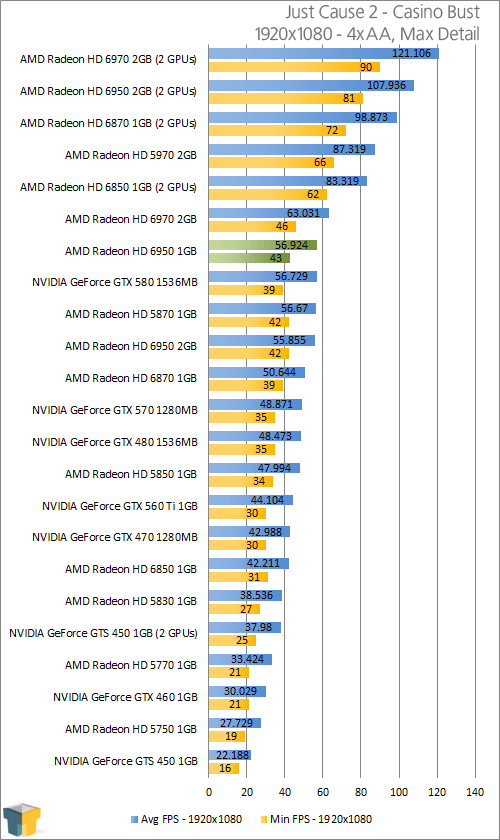 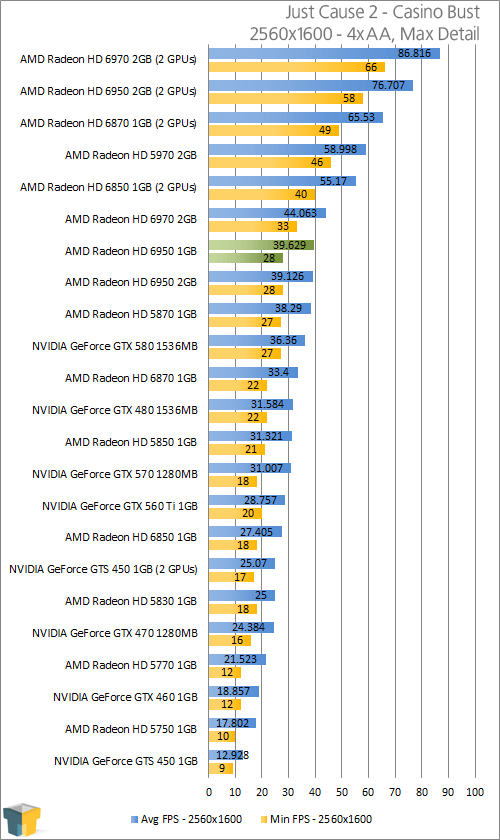 Continuing the results we saw with Dirt 2, AMD’s 1GB HD 6950 once again inches ahead of the 2GB variant. The gains are of course extremely minor, but they’re very consistent.