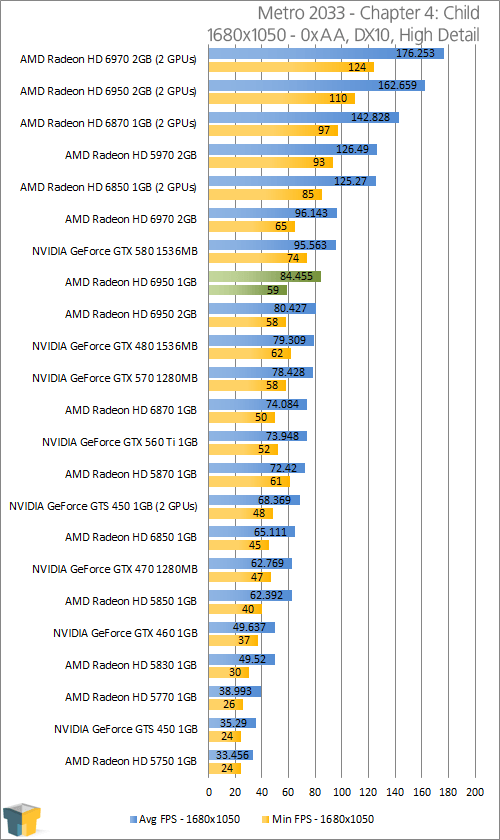 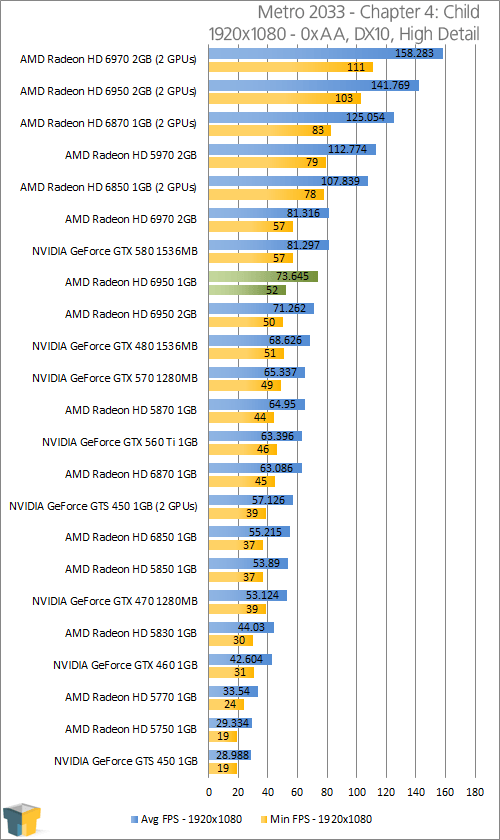 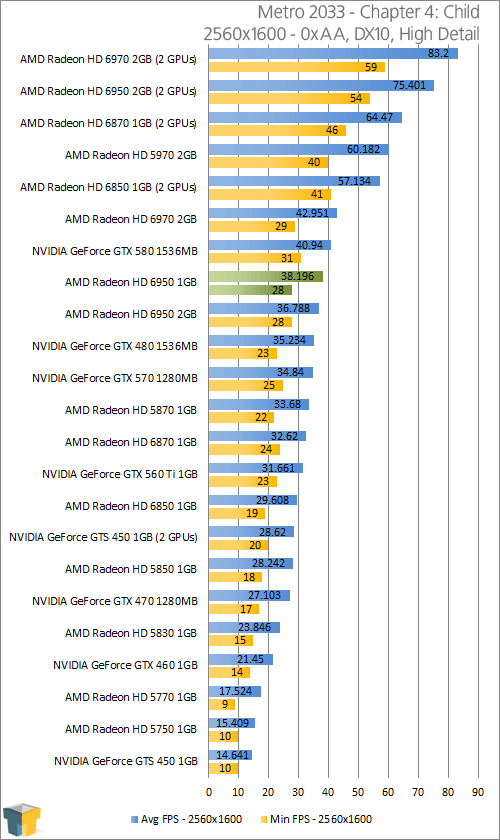 Being that Metro 2033 is the most “hardcore” game we test with from a technical standpoint, I had expected to see the 2GB card come well ahead of the 1GB model here, but that again wasn’t the case. Despite sharing the same clock speeds, the 1GB consistently places ahead of the 2GB.