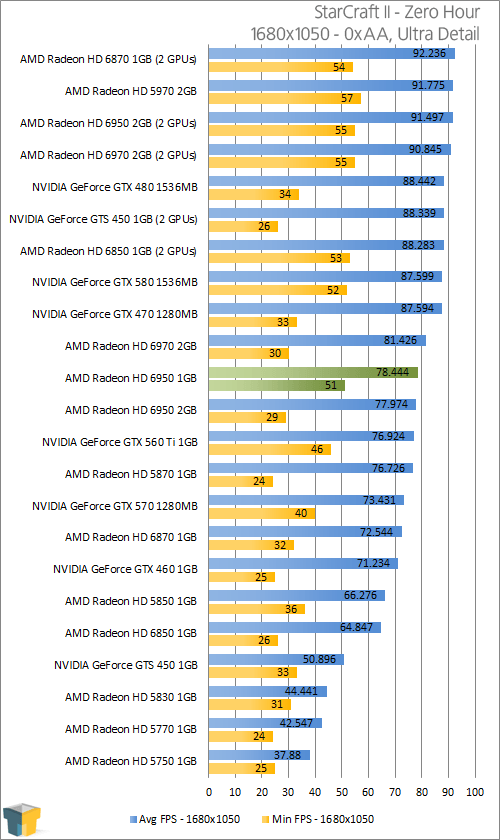 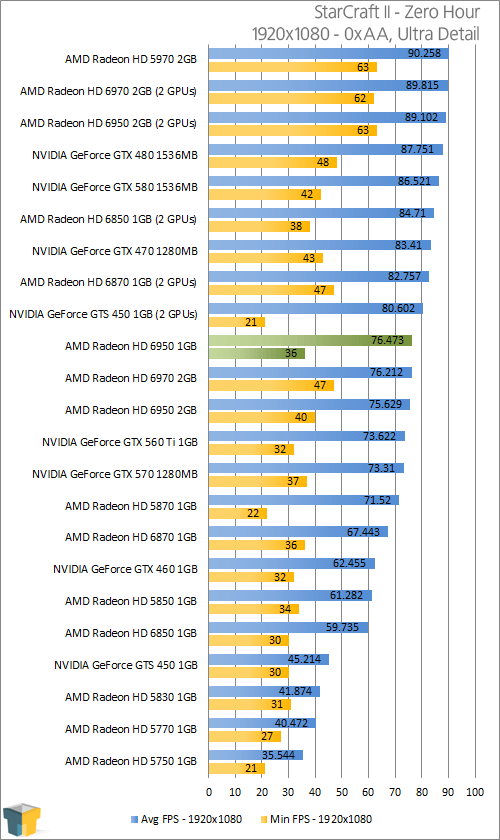 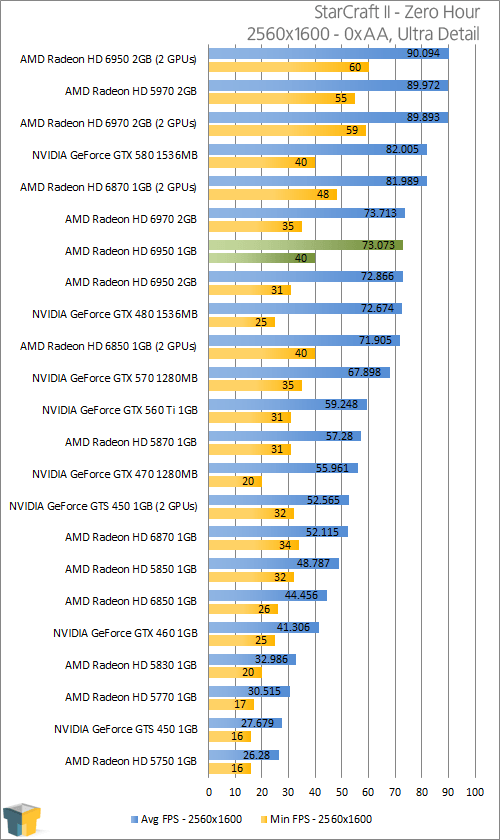 I’m not a big fan of benchmarking with StarCraft II due to the fact that its auto-save feature cannot be disabled (hence the sporadic minimum FPS ratings), but even with that, the 1GB card came out ahead of the 2GB. I’m sure these are not the results AMD wants people to see.