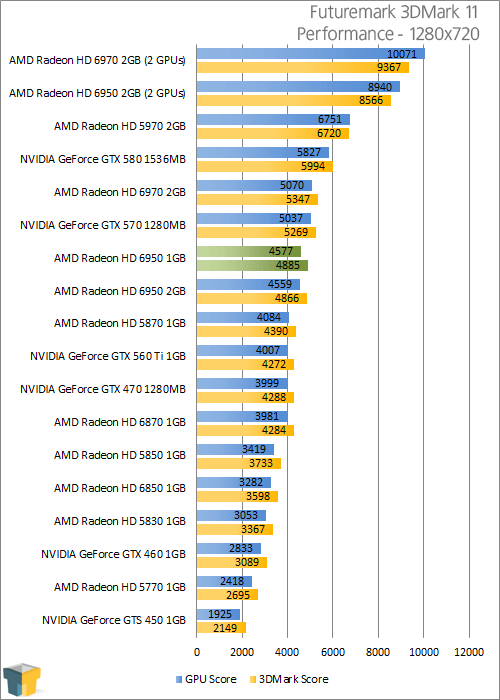 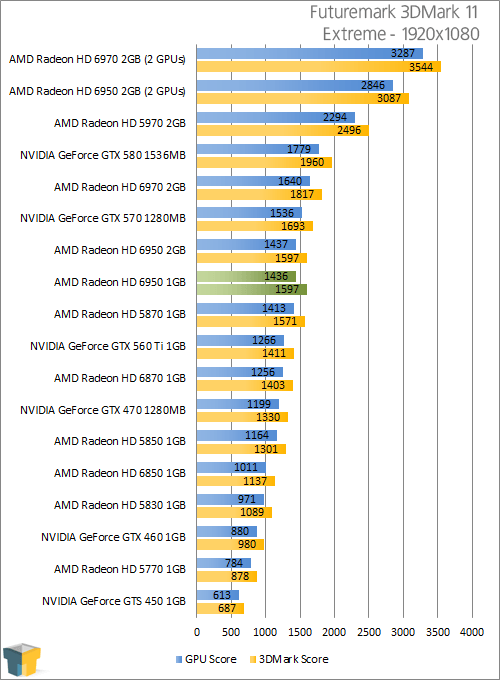 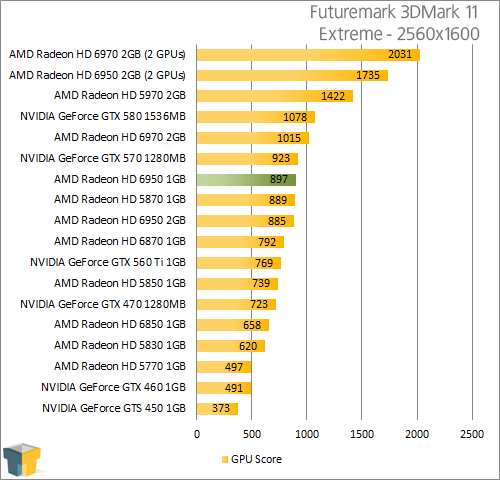 Being that its so cutting-edge, I had figured that if there was just one hope for the 2GB card to come out ahead of the 1GB model, it’d be with Futuremark, but no cigar. Not at 1650, and not at 2560… the 1GB is the champion.