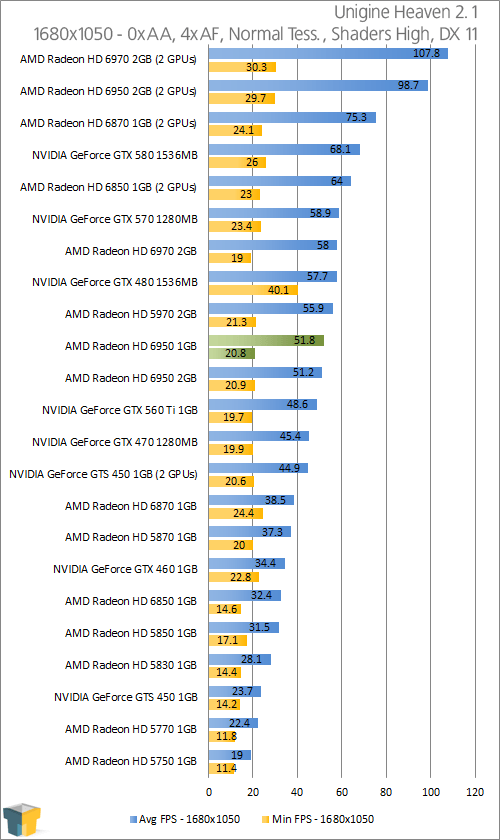 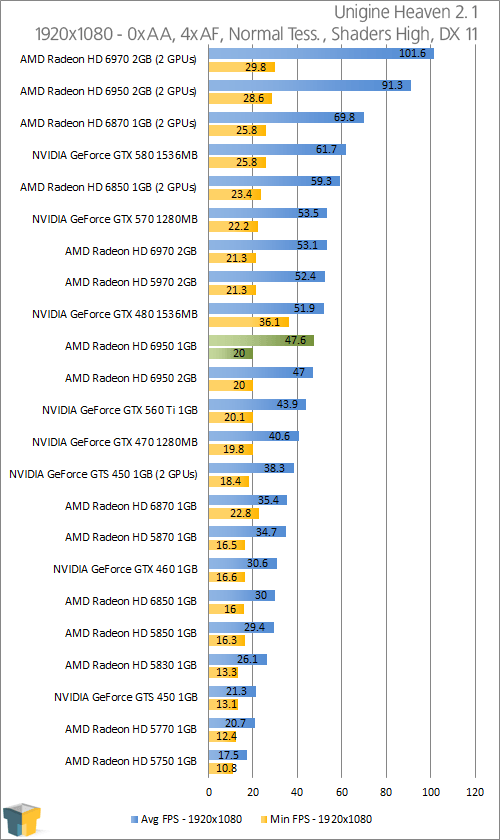 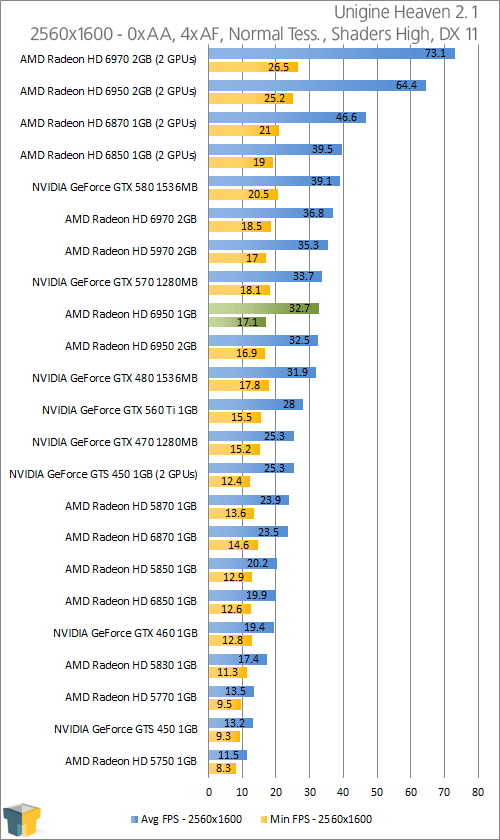 Wrapping up our results, the 1GB HD 6950 once again places ahead of its 2GB brother in each one of our three resolutions.