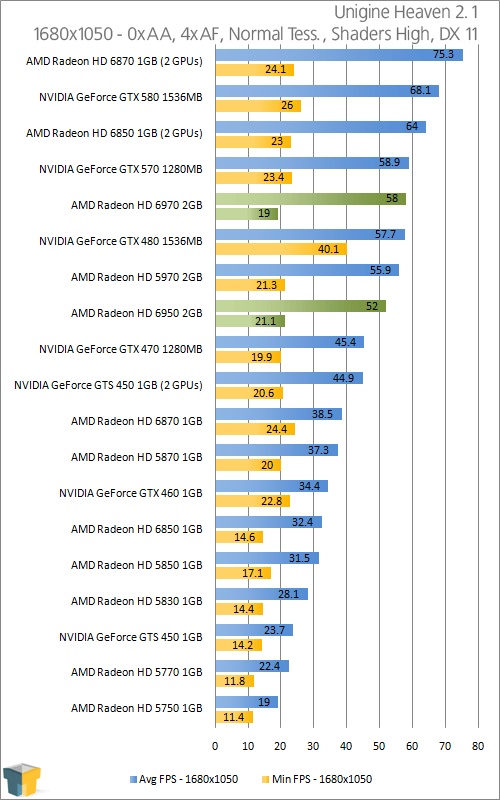 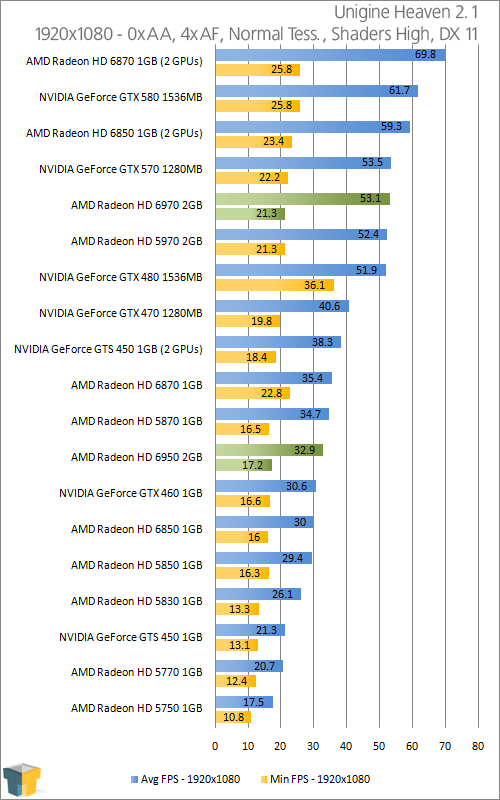 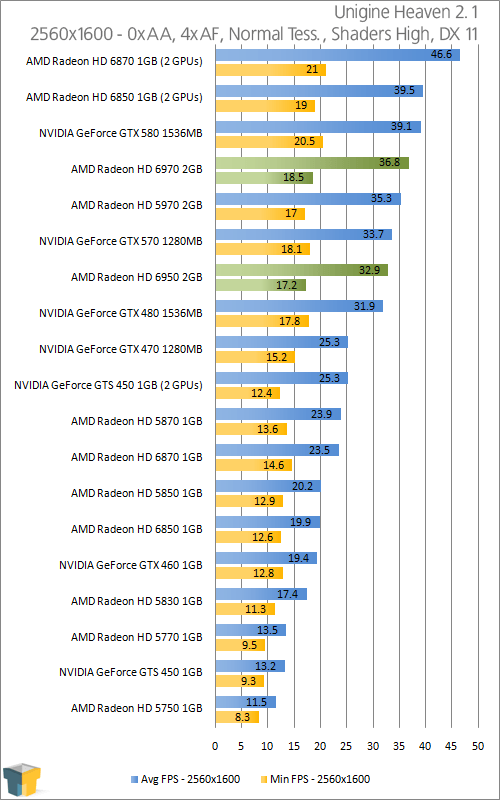 In comparing the HD 6900 series to the HD 6800 series, it’s clear that there’s been some major improvements made where geometry performance is concerned. Comparing just the GTX 570 and HD 6970, which are priced almost the same, the performance is near-identical.