Note:Due to power-related changes AMD has made to its HD 6900 series, and NVIDIA to its GTX 500 series, we cannot run OCCT for the sake of stress-testing. As a result, we have opted to use 3DMark Vantage’s Test 2 (space flight) to get some metrics until we’re able to re-test the entire suite with the updated method. 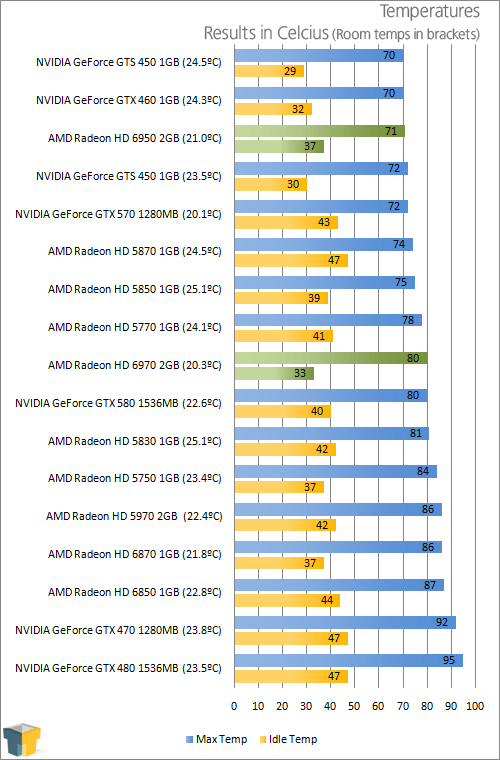 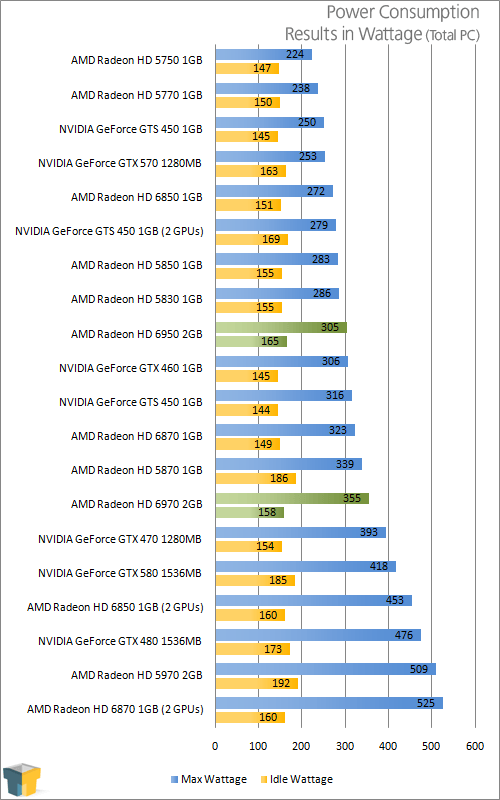 There isn’t much point in discussing the power chart until we’re able to re-benchmark all of our cards going the non-OCCT route, but for thermals, AMD’s latest cards performed quite well. The HD 6950, despite featuring an identical cooler as the HD 6970, topped out at 71°C. Not bad at all!