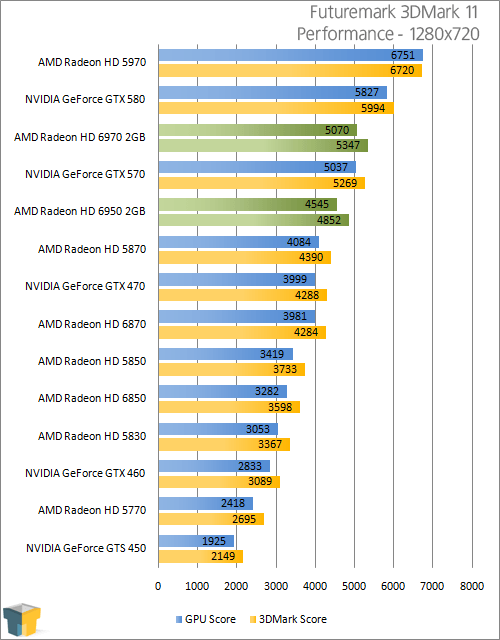 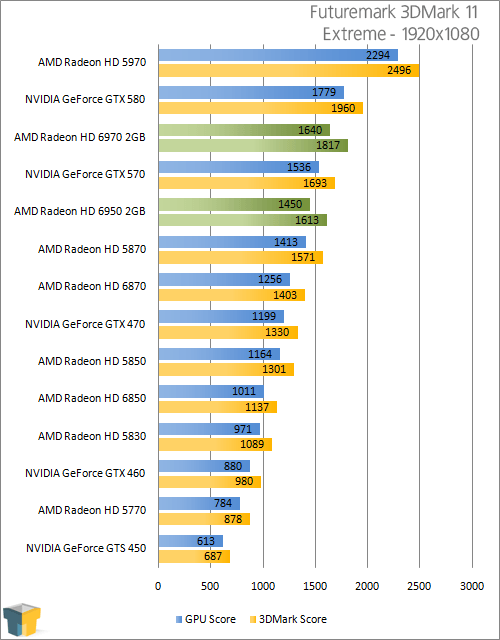 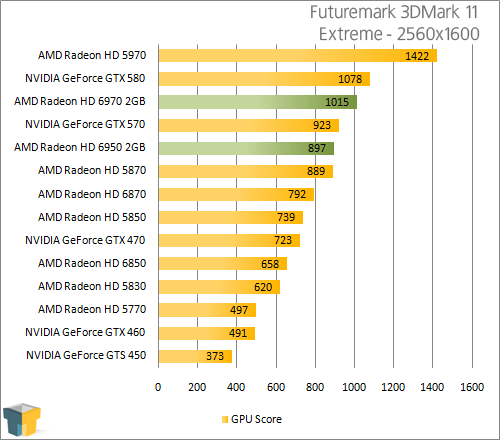 Although the GTX 580 and GTX 570 either out-performed or matched the performance of the HD 6970 in our tests, 3DMark 11 shows that the HD 6970 performs almost just as well as the GTX 580. This is quite interesting, since it could prove that AMD’s cards are capable of much more. The potential problem? Drivers that aren’t quite refined enough, perhaps.