By most definitions, AMD’s Radeon HD 6900 graphics cards are powerful, but for those who are looking to push huge resolutions, a little more oomph might be desired. That’s where multi-GPU configurations come in, and to see what AMD’s latest are capable of, we’ve tested out both the HD 6950 and HD 6970 in CrossFireX. 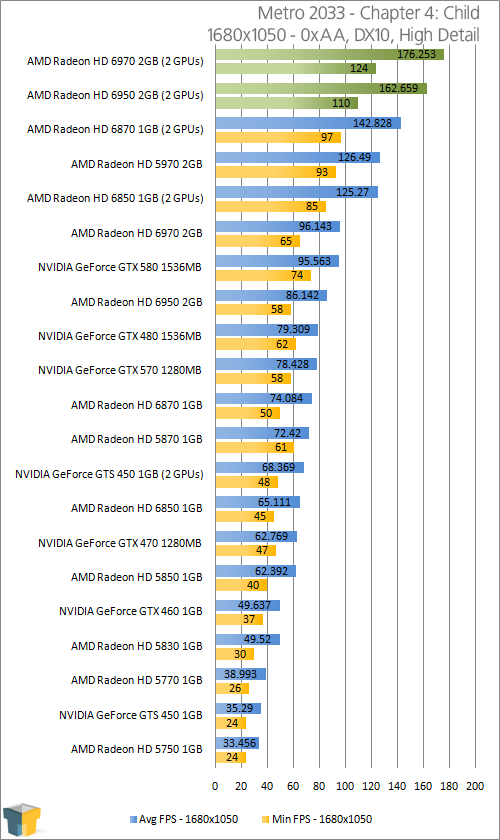 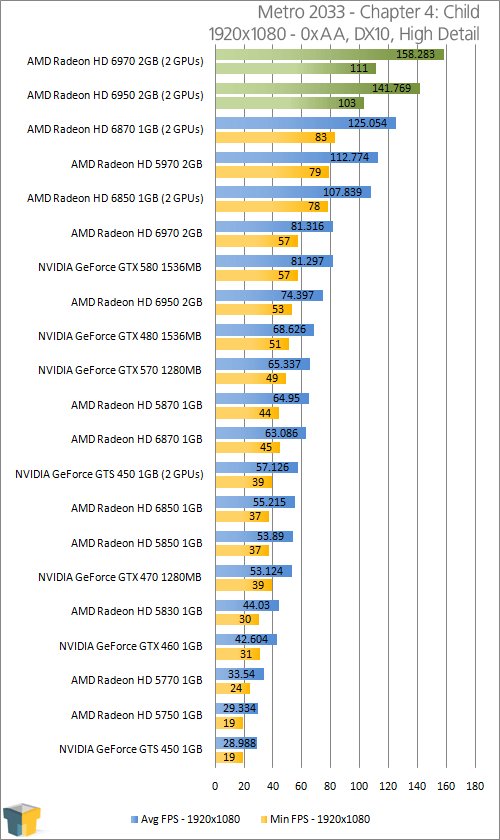 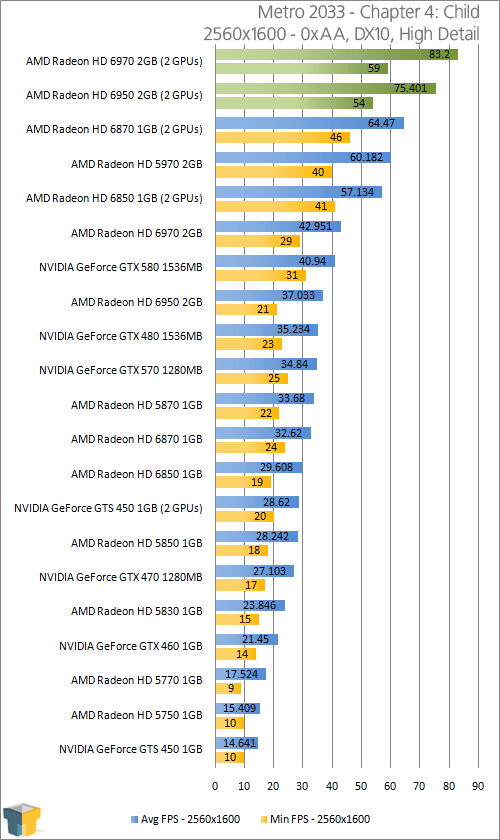 Being that Metro 2033 seems to run the best on AMD hardware (is there any doubt given our results here?), I had a gut feeling that we’d see some extreme increases in performance here as well, and sure enough, the +93% increase at 2560×1600 helps verify that. Once again, the lower resolutions didn’t quite reach the performance increase heights of 2560×1600, but they weren’t far behind.