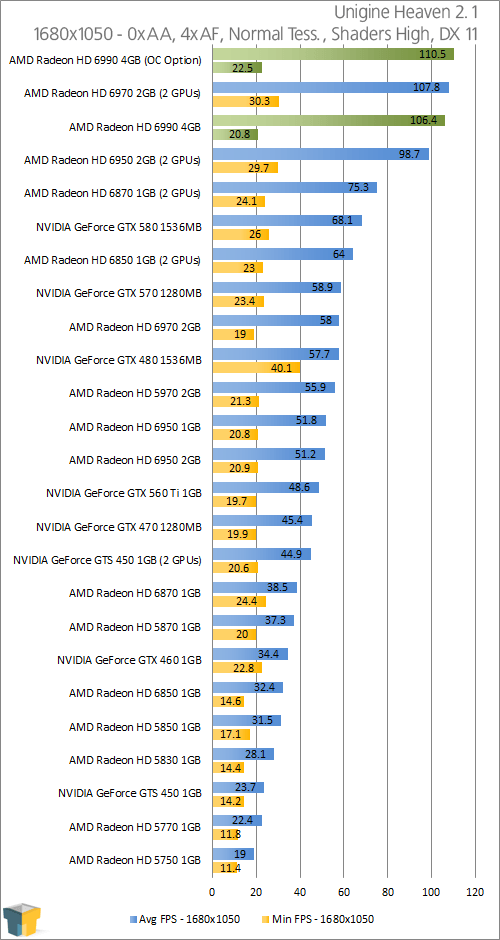 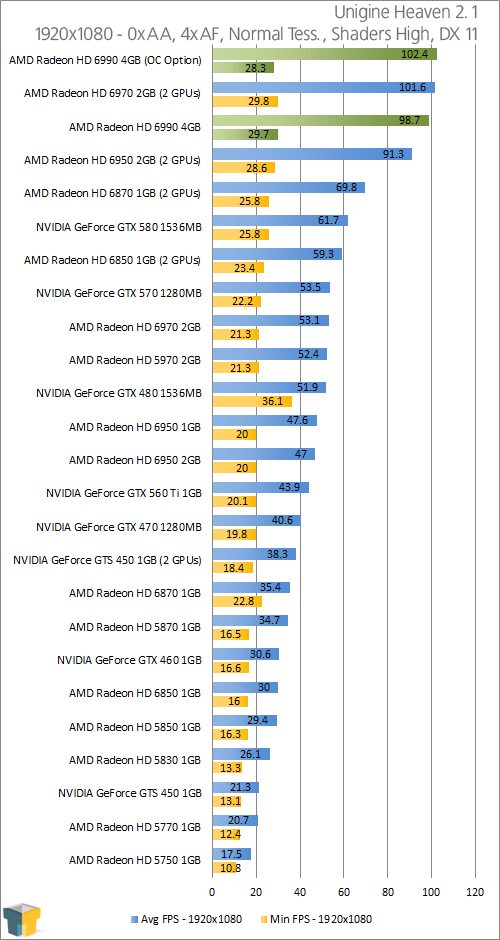 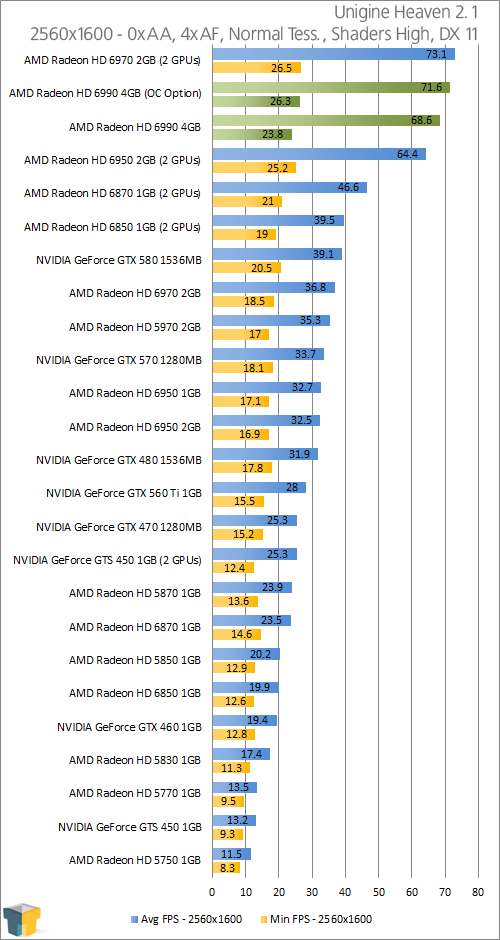 Across all of the games and benchmarks we’ve tested up to this point, the Radeon HD 6970 in a CrossFireX configuration consistently beat out the Radeon HD 6990, but we came close to seeing the opposite happen here in all three tests. Alas… the CrossFireX configuration proved its ultimate worth at 2560×1600, managing an extra 1.5 FPS on average. Tough noogies, HD 6990.