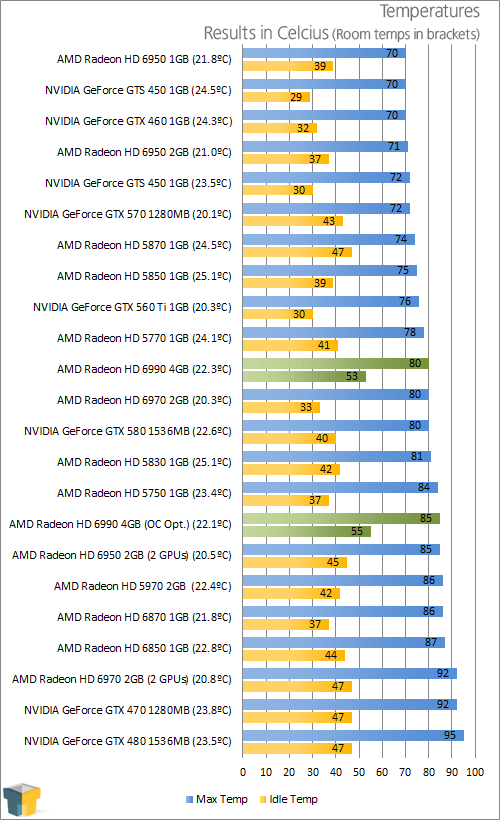 We’ve seen our CrossFireX HD 6970 configuration out-perform the single HD 6990 in most every test, but when it comes to testing outside of performance, other benefits of AMD’s latest card can begin to be seen. While in CrossFireX mode, the top HD 6970 in our test machine reached a rather high 92°C, while the HD 6990 peaked at 85°C while pre-OCed, and 80°C at stock. Hardly a major drop, but certainly a welcome one. What about power consumption? 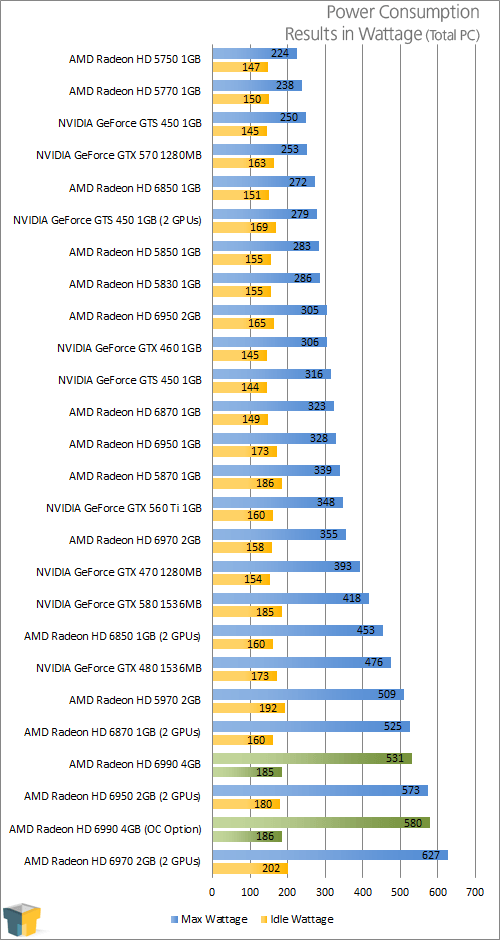 In comparing the Radeon HD 6990 to the CrossFireX HD 6970 configuration, improvements can once again be seen. On the pre-OC setting, which is most comparable to that CrossFireX configuration, about 47W are dropped at load, and 16W at idle. Again, not major drops, but quite significant when we’re dealing with 500W+ configurations.