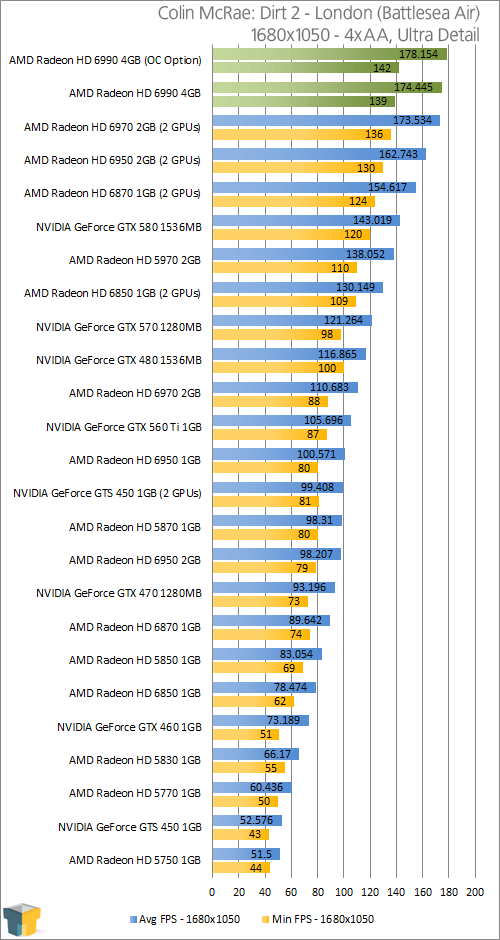 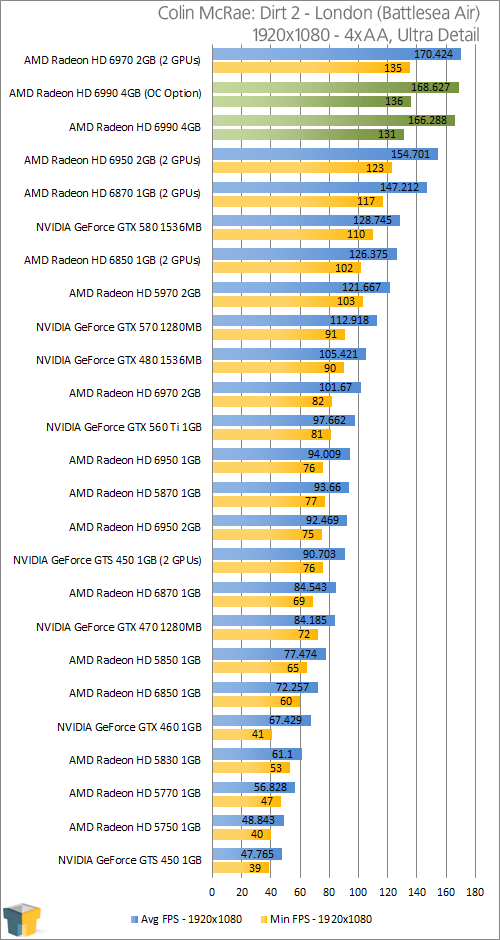 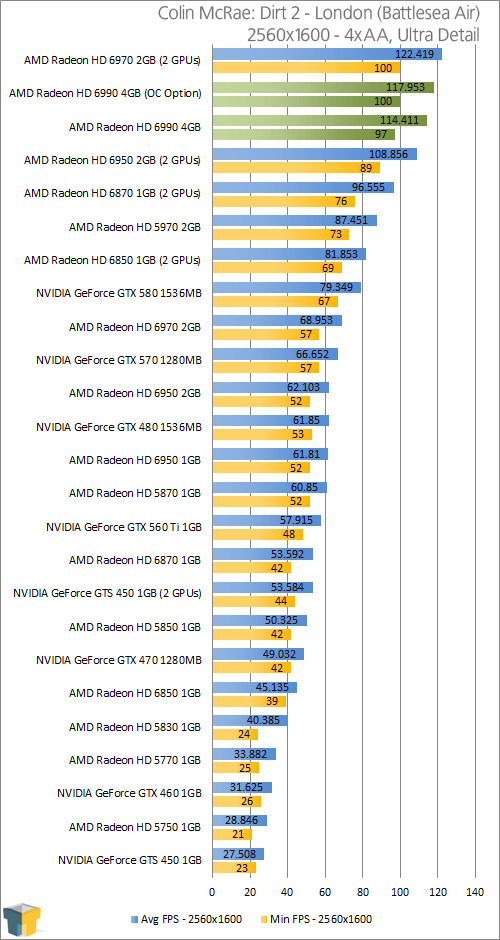 Compared to all of the other GPU configurations we test with, I think it’s safe to say that AMD’s Radeon HD 6990 has reached the level of “total domination”. The runner-up for our single graphics card configuration is AMD’s own HD 5970, while behind that sits NVIDIA’s GeForce GTX 580, managing about 69% of the performance of AMD’s $700 monster card. Let’s see if this dominating trend continues with a look at Just Cause 2.