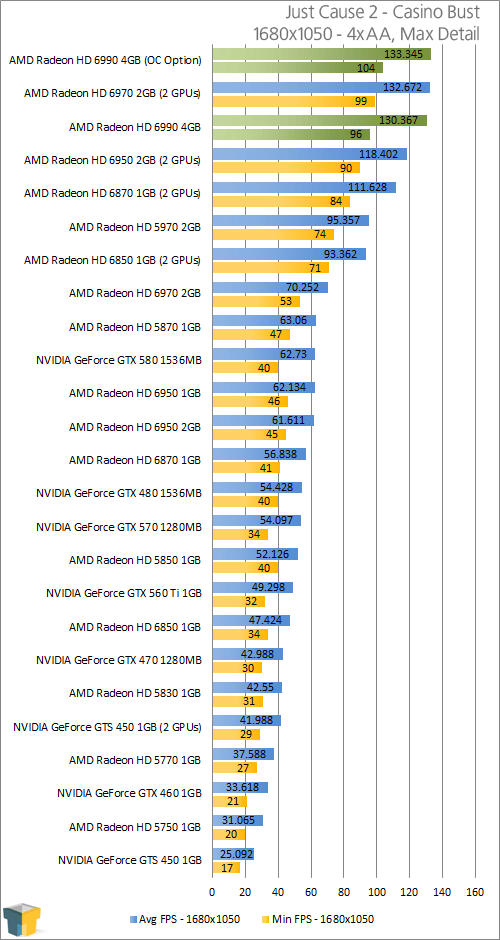 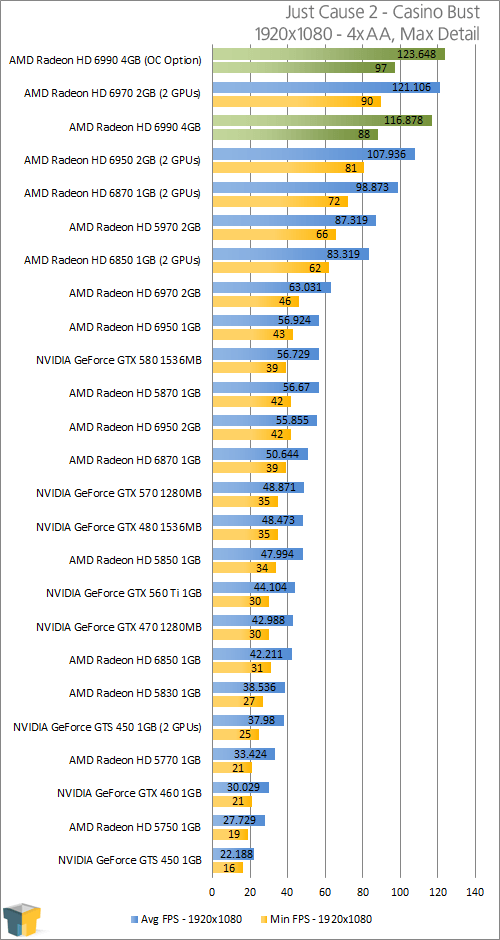 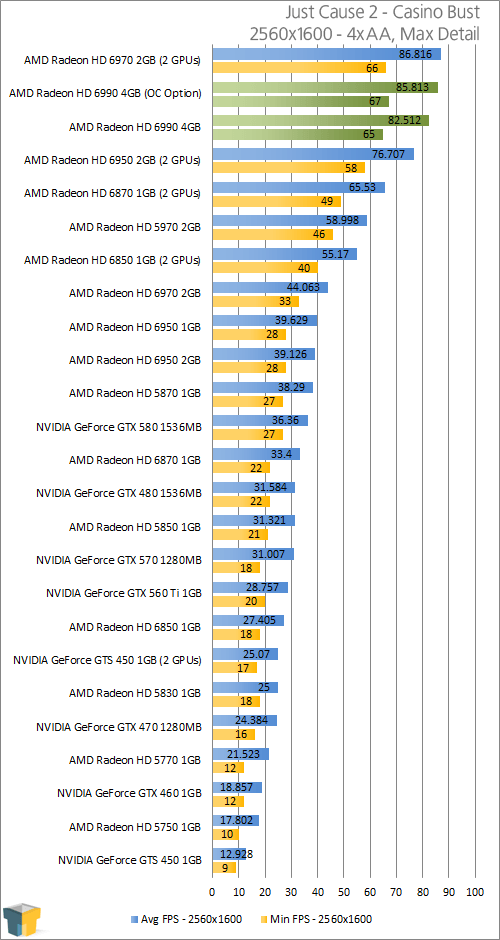 As seen in our Dirt 2 results, AMD’s HD 6990 has enough power to push far ahead of the pack, and in the case of Just Cause 2, that fact is once again proven. Interestingly, though AMD’s HD 6970 in CrossFireX mode is, technically speaking, equivalent to the HD 6990, there do seem to be some cases when the strengths of either setup will result in an extra 1 FPS or 2.