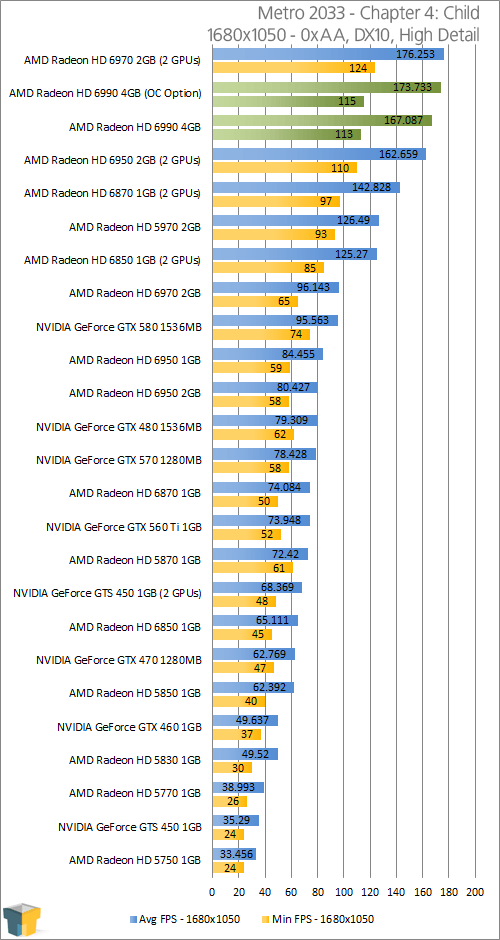 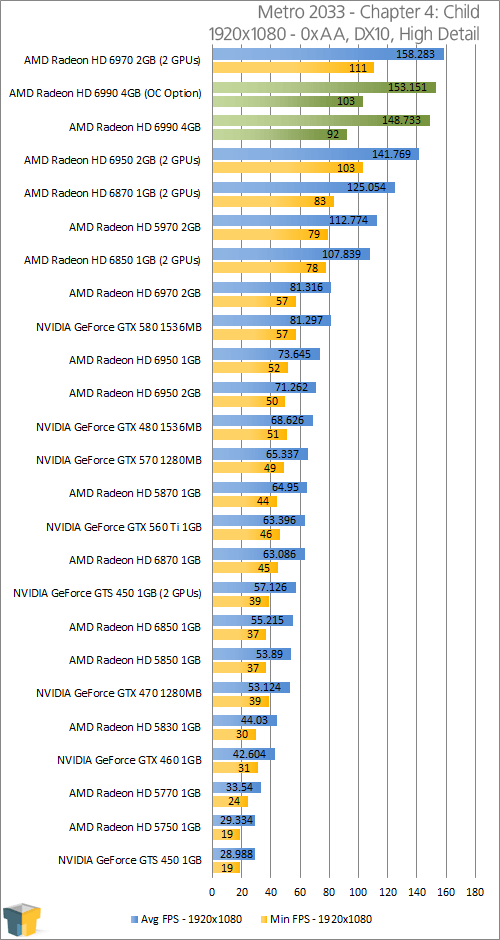 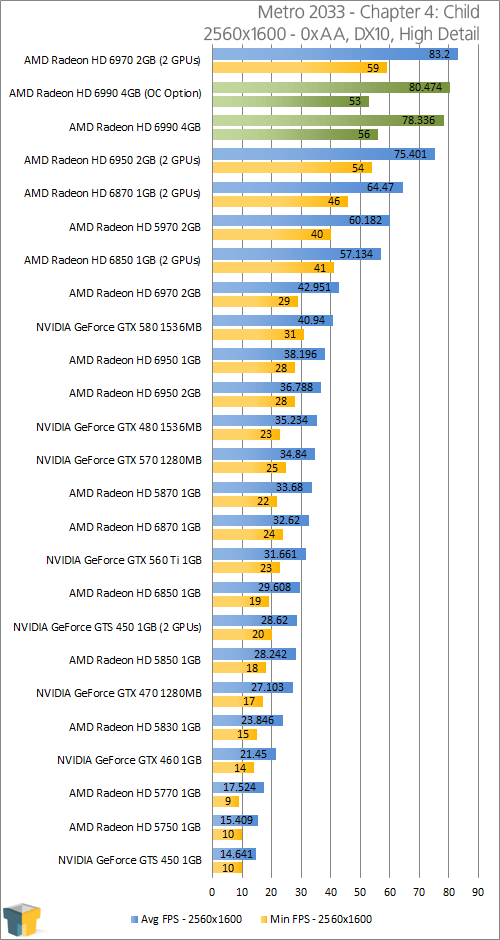 Metro 2033 becomes the fourth game in our test suite to tell us that in most cases, dual HD 6970s in CrossFireX mode will outperform the single HD 6990. This isn’t a great surprise given the HD 6970’s slightly increased memory clock speeds, but it’s still interesting point to note.

Aside from that little factoid, the HD 6990 once again kicks the digital butt off of every single one of our other single graphics card configurations, with second place again going to AMD’s last-gen HD 5970.