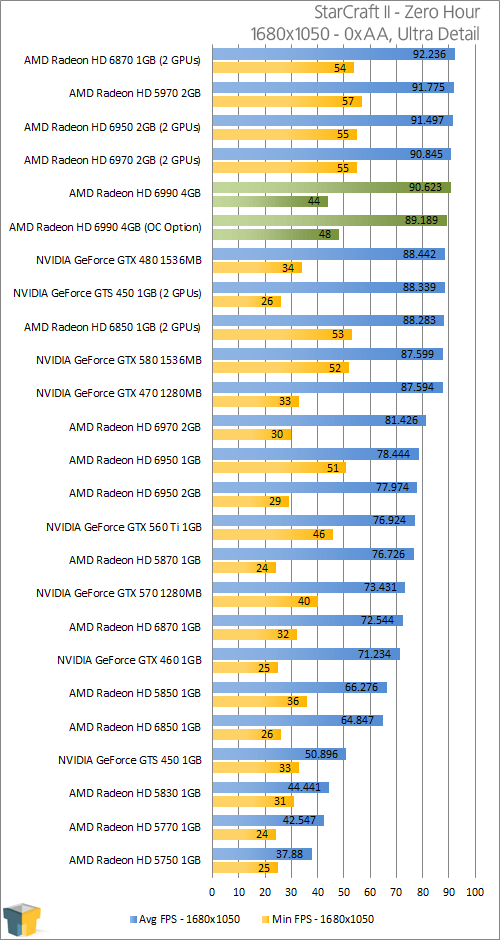 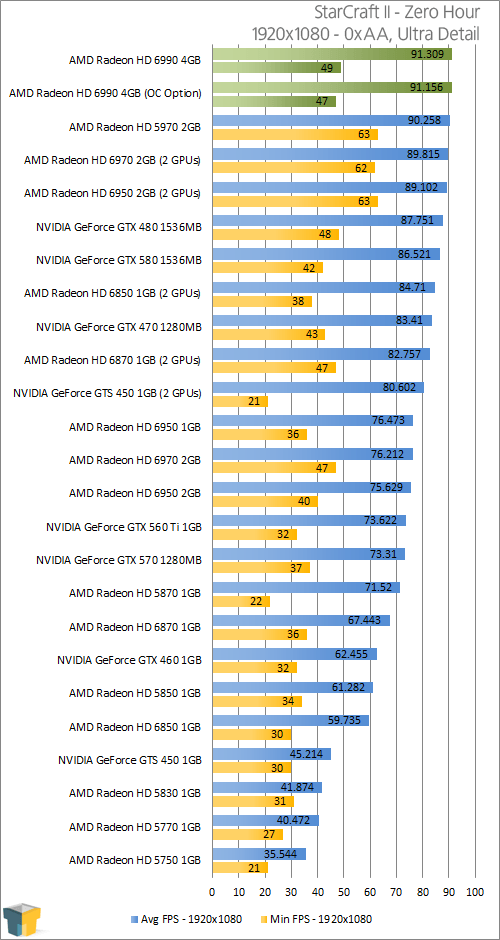 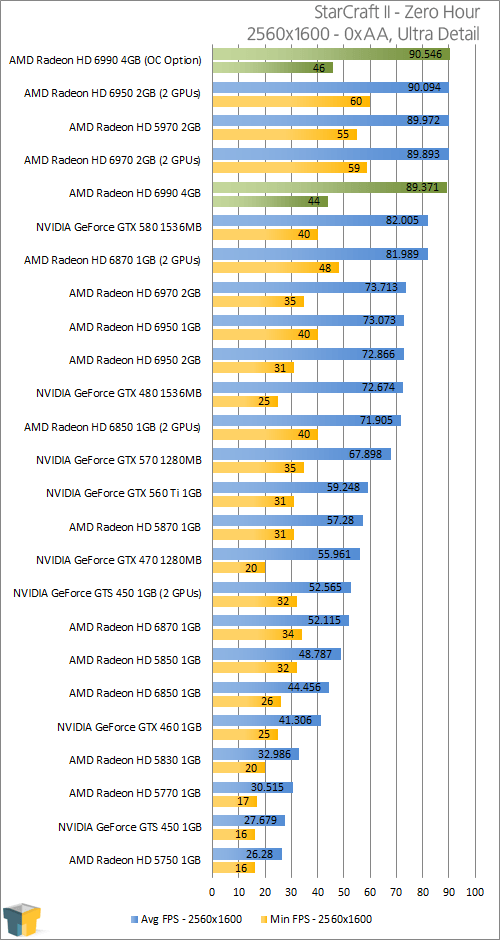 StarCraft II for all intents and purposes hasn’t proven to be the best gauge for GPUs, as is proven in the above charts. An obvious ceiling is hit, and even at 2560×1600, almost all current-gen GPUs can handle the game just fine. For those die-hard graphics nerds running a super-high resolution, the HD 6990 will certainly be able to feed your appetite for most forced anti-aliasing modes.

RTS titles that have superb graphics and are easy to benchmark aren’t too easy to come by, but we’re currently evaluating a couple of options and plan to replace StarCraft II in the near-future. We’re expecting to announce its replacement in late March or early April.