From a technical perspective, the new card’s features doesn’t differ much from AMD’s own TV Wonder products. The most important support for most people is support for 1080p, but that’s a no-brainer nowadays. AMD is touting the HD as the key component to create an “ultimate digital entertainment center”, so we can expect it would offer all we’d need it to.

With this card, they claim the PC can be turned into the “ultimate high-definition PVR”, and that right there tempts me, but of course this can be done today already, on separate tuners. So while certain features might not be new or ground-breaking, the benefit here is that the tuner is on the same piece of PCB as the GPU, and that in itself will be the draw for most consumers.

During the press briefing, AMD concentrated on the upcoming digital transition which will occur next February. The idea behind this is that the tuner here will have no problem handling the transition, because it offers both support for analog and digital. But as you can probably guess, that doesn’t matter much when someones viewing content from a television box. 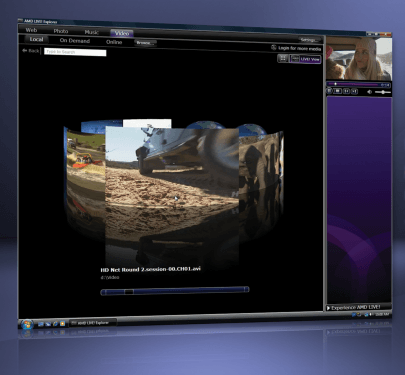 This is where AMD is pushing the AIW HD to succeed. There is no better time than now to build an HTPC, and I can’t disagree, since even for me, an HTPC is looking incredibly tempting. I recently looked to see what it would cost me for an HD PVR from my local cable provider, and it was over $500. I am hoping prices are cheaper in the US, but at prices like that, building an HTPC makes a lot of sense.

Nowadays, most people connect their PCs to a high-definition monitor or TV, so adding digital cable is only a step away. Add in a tuner, and the ability to turn the PC into a robust PVR is all too easy. Not only is it a PVR, though, but AMD touts their new Catalyst Media Center as being the “do all” product for video conversion. There are profiles to recode TV shows you download into formats your mobile device can use. Not entirely new, but useful none-the-less.

On top of the new card itself, AMD Live Software will be one of the focal points of the product. It’s not so much a media center as it is an environment to store your videos. It allows you to categorize them, as well as stream them to other PCs in the house, or to the Internet. Similar to a Slingbox, you will be able to stream either TV or stored video to another PC, while away.

I inquired as to whether high-definition video could be streamed, and I was told yes, as long as the bandwidth is there to support it. This is unlike the Slingbox which doesn’t stream HD, but rather compresses to SD, then upscales it at the destination. From that perspective alone, this card and software combination is looking better than the competition.

That all aside, other important features are support for analog NTSC, digital ATSC and unencrypted ClearQAM. For those who want to give their eyes a break, FM radio is also supported. As mentioned a moment ago, the software includes PVR functionality, along with the UVD and DVD up-scaling feature. Overall, the card is looking to be a relative winner, especially for those looking to save space in their HTPC. 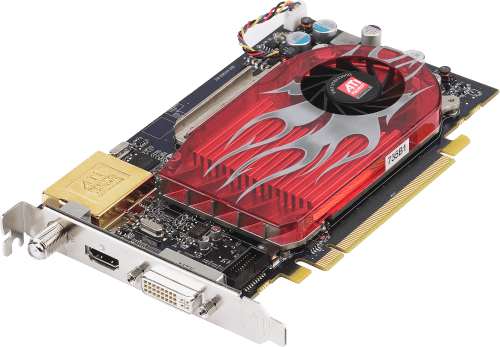 The name ATI All-In-Wonder HD might seem a little odd, since there is no name future-proofing. What will future cards be called? I think that’s still up in the air, but it might always be the same. If cards are updated each year, then consumers could go by the box date alone. Or, card manufacturers can handle the naming themselves. Right now, there are no definitive plans as far as the naming convention goes.

I also inquired about Linux support, and at launch, there is no support for the tuner. The graphics card itself should function without issue, but that’s not going to sell anyone. It was noted that AMD are currently looking into Linux development and will carry out developing a driver if it’s feasible and sensible to do so.

There is no solid launch date for the new All-In-Wonder, but it will happen within a few weeks. Diamond Multimedia and VisionTek are the first companies to develop the new card, which is set to retail for $199. Considering the HD 3650 card itself retails for around $60 and the TV Wonder for around $130, there is surprisingly not much of a premium for the combination, making the choice even more tempting.

For those looking for a card that offers both GPU functionality along with tuner capabilities, the new All-In-Wonder HD is worth looking out for. You can expect a review on these pages in the weeks to come, so stay tuned, as we’ll see if the card lives up to the hype. For those looking for in-depth specifications, feel free to peruse the following page, where we lay them all out for you.