by Matthew Harris on April 6, 2015 in Processors

Released this past fall, AMD’s FX-8320E processor promises to deliver a lot of processing power for those on a budget. It sports eight cores, and as a Black Edition, its overclocking capabilities are unrestricted. But is that enough to make this the best go-to budget processor, especially for gamers?

I’m a budget-oriented gamer. So much so, in fact, that once I build a PC that suits my needs for the games I play, I tend to “sit on it” for years. I completed my last build way back in 2010, and even then I used parts that I’d recycled from previous builds and parts I picked up used. It’s not that I’m overly frugal, I just have a limited budget at my disposal so I tend to prioritize my hobbies.

Having said that, I’ve been running AMD CPUs for quite some time. New, they cost less than the competition, and used, they scale even better. AMD’s CPUs tend to be modest in raw horsepower, but as you can often pick up a used quad-core for around the same price as a new dual-core Pentium, the appeal is still strong. This is why when I finally decided to upgrade my aging graphics subsystem I also felt the need to make the jump to current gen tech in regards to RAM and other core components.

I should note that when I say “budget”, despite the gloriously decadent-sounding load-out consisting of water cooling gear, SLI’d GTX 760s and a fairly high-end PSU unit, it really is budget to the core. The only new parts were the case, the motherboard, the RAM (which incidentally was a Christmas gift), the SSD, one GPU block, the tubing, fans and some fittings. The rest of the parts were either purchased used or carried over from my previous system. All told, I have about $600-$700 invested in parts.

I was initially intending to go big. I bought my motherboard with one purpose in mind: get the cheapest one I could find that supports an FX-9590. My life seldom goes according to plan, though; despite the fact that I’d retired from PC enthusiast reviewing, an opportunity arose that I couldn’t turn down, a chance to check out one of AMD’s latest offerings, the budget-friendly FX-8320E. We’re talking 3.2GHz of quasi eight-core goodness – in a sub-100W package, no less. 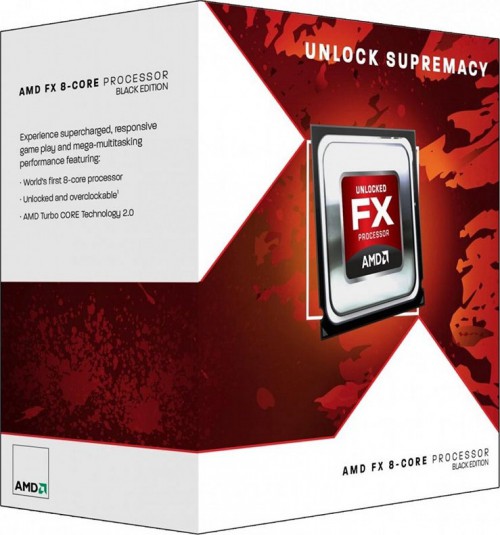 When I say “quasi eight core goodness”, I’m not downplaying the fact that there are eight cores; the fact that they’re tied together at the FPU, branch predictor unit, and L2 cache renders them more of a hardware-level SMT system rather than eight independent cores. This isn’t exactly a bad thing, but it’s also less-than-ideal as I discovered when I compared the effect it has on instructions-per-clock when compared to my aging X4 955 Black Edition.

The first discrepancy I encountered was a simple issue with Prime95. Running the tool as a stress test I noted that per core on the 8320E, it took a full four minutes to complete one test per core at the overclock I’d managed to find that suited my criteria of a compromise between power per watt, meaning I was able to keep the Vcore within .2V of the stock voltage. I was able to hit 4.6GHz at 1.416V with 100% stability. My X4 955 BE was running at 3.6GHz at 1.48V, so the .064 lower core voltage with a full 1GHz increase in speed was pretty nice.

That all said, here’s where things get a bit odd… back to Prime95. On the 955 (I’m going to refer to it as such from this point onward since we’ve established the full nomenclature earlier), I was able to complete one full test per core in exactly one minute. This breaks down to 16 tests total per four minutes to the 8 completed in the same time frame by the 8320E despite the 1GHz deficit.

I relayed that finding to Rob, and since I had most of the gear to run a secondary testing rig, he reached out to the good folks at HyperX to see if they could help out with the missing piece of that puzzle and send out a RAM kit so we could test both CPUs back-to-back. 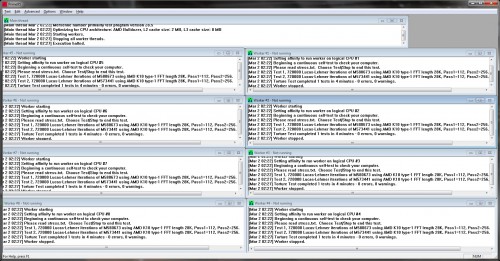 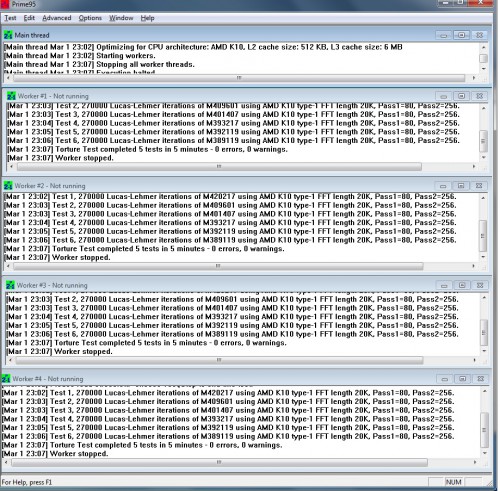 That difference is due to the arbitrary nature of Prime95 setting minimum and maximum lengths in the small FFT automatic mode. I later manually set the length to 20K on the 8320E so the playing field was level and still ended up seeing the same times.

Intrigued by this, I decided to run a CPU-dependent version of Unigine Heaven. To remove the GPU as a factor I simply set the resolution to 640×480, lowered all of the quality settings to minimum, and let it rock. 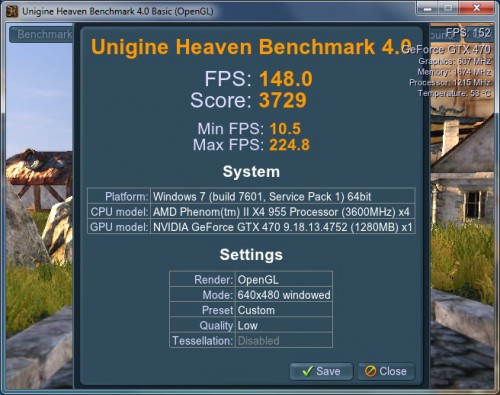 Considering the thread count advantage and the higher overall core speed I’m rather disappointed that the 8320E didn’t come away with a greater difference. Granted, on the minimum FPS we see about a 190% improvement over the 955 (or the difference of a slideshow versus full playability) but at the top-end  it’s down to 22 or 23 percent and hovering around 25% on the average.

Mind you, I’ve gamed with both CPUs in the same rig and never was I running into a situation where I got to an unplayable frame rate in the games I tested. I have run into some choppy areas but I lay that at the feet of the settings I was using with my GPUs. I made the mistake of going with NVIDIA’s recommended settings which proved to be a tad gung-ho. Setting them back to a more reasonable level (Borderlands 2 and The Pre-Sequel) of high across the board on visuals with PhysX minimized brought my experience up to a silky-smooth level on either CPU. 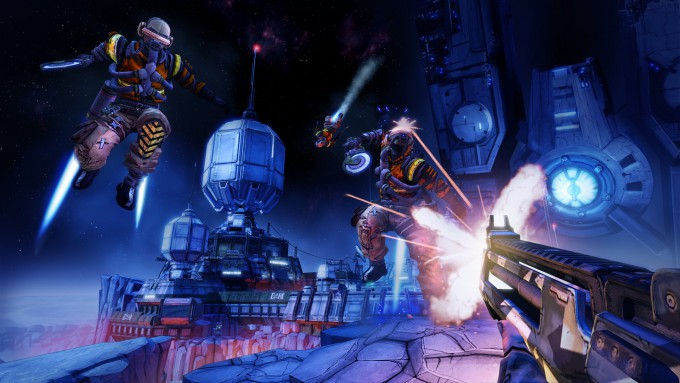 I guess that’s the crux, isn’t it… what games you’re planning to play and how many cores they can leverage. Obviously, the Unreal Engine 3 isn’t the most demanding game engine out there. It’s over a decade old and doesn’t really leverage multiple cores to any real advantage. The IPC of the current generation of FX processors isn’t the highest, to put it kindly.

The trouble is, at present, throwing threads at games shows diminishing returns in general. As I said earlier, it all depends on the games you plan to play and how well they leverage more than 2-4 cores.

I hate to be a negative voice in regards to AMD, as I’ve been a fan for over a decade. Since I built my first PC back on 2001, I’ve built 2 for myself that have been Intel-based. In fact, I’ve been running a Phenom II X4 based system for the last 4 or 5 years and before that it was an Athlon 2 dual-core. That said, I can’t justify going with a new AMD build based on the AM3+ platform if you’re currently running an Athlon X4 or Phenom II X4-based system. I can see buying a new board to move up to USB 3.0 and SATA 6Gbps, but if you’re running an AM3-based chip, I’d recommend just sticking with it. Instead, spend the money you’d put towards an octo-core CPU towards a GPU upgrade since that’s going to net you the biggest bang-for-your-buck return.

Whoa, whoa… don’t get your torches and pitchforks quite yet! 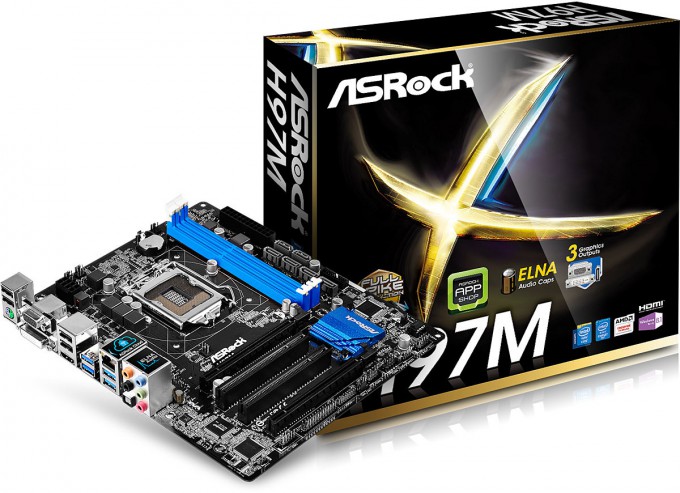 When AMD’s Zen microarchitecture debuts it’s going to be launching with a new socket and chipset, leaving current users sitting on a dead-end. Not to mention the fact that even among what’s currently available, you’re going to top out at the FX-8350 or FX-8370 unless you shell out for a $130ish+ board that supports the FX-9XXX series chips. The bottom-rung H97 board supports every socket 1150 chip out there, from i3s to Xeons to the i7-4790k. Get some cash and want to upgrade to a CPU the FX-9XXX series can’t touch? Yep, you can do that.

As much as I hate to write this, as an enthusiast, I can’t really recommend AMD’s CPUs right now. Not if you’re starting from square one. Like I said earlier, if you’ve got a compatible chip (AM3) and want to move to USB 3.0 and SATA 6Gbps, by all means, the boards are great. The chipset is mature and I’ve even seen where one of the board manufacturers is coming out with a board with USB 3.1. If you’re sporting an AM2+ or earlier system, just take the plunge into an Intel setup. They’re really not all that much more money if you’re frugal with your choices, and they don’t represent a dead-end in the future if you go with a 9X series chipset.

That said, I’m really at a loss for words. I’m a little sad, very disappointed, and unhappy in feeling like I’ve failed one of my heroes. So, I’m going to retire and lick my wounds.