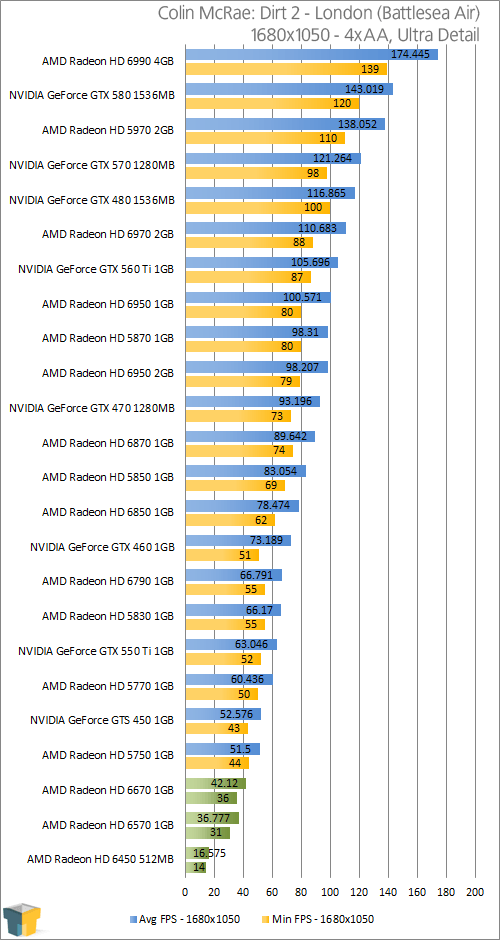 Given that all three of the cards we’re taking a look at today are also the least-expensive on the market, the result above is to be expected. While the HD 6450 had no chance with our given settings at 1680×1050, the other cards remained fully playable. I generally consider 40 FPS to be the borderline for “playable” framerates, but surprisingly the game felt just fine.

Both the HD 6570 and HD 6670 had the brawn to deliver good framerates at our above settings, but the HD 6450 had to have its detail settings dropped down to “Medium”, and also have 0xAA disabled. Considering that the card is $55, being able to play this game at all at 1680×1050 is rather impressive.