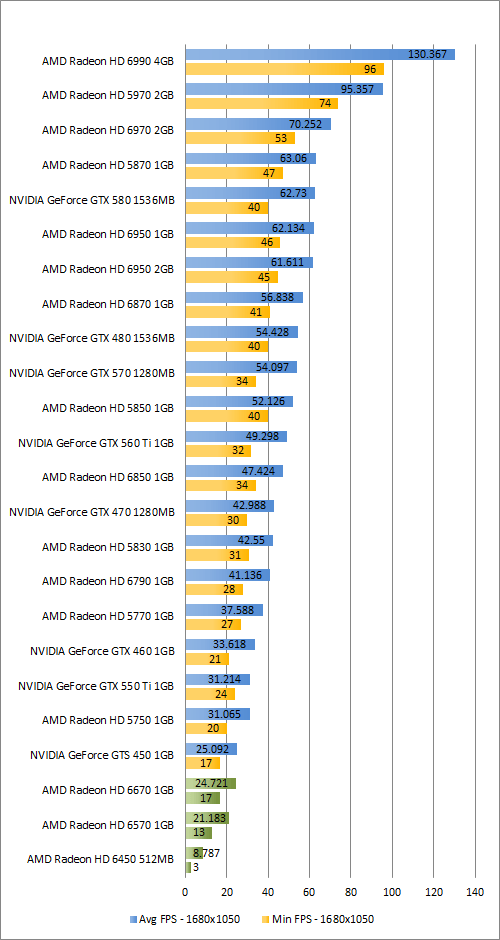 The top two cards could handle the settings we use for Dirt 2 at 1680×1050, but being a much more intensive game, Just Cause 2 made a total mockery of them.

After decreasing the graphic detail quite a bit, each card was able to handle the game quite well overall. We topped out our settings with both the HD 6570 and HD 6670, so choosing the latter card will simply give you better performance, not improved detail. For the lowly HD 6450, the resolution had to be decreased all the way to 1024×768, with most of the detail turned all the way down.