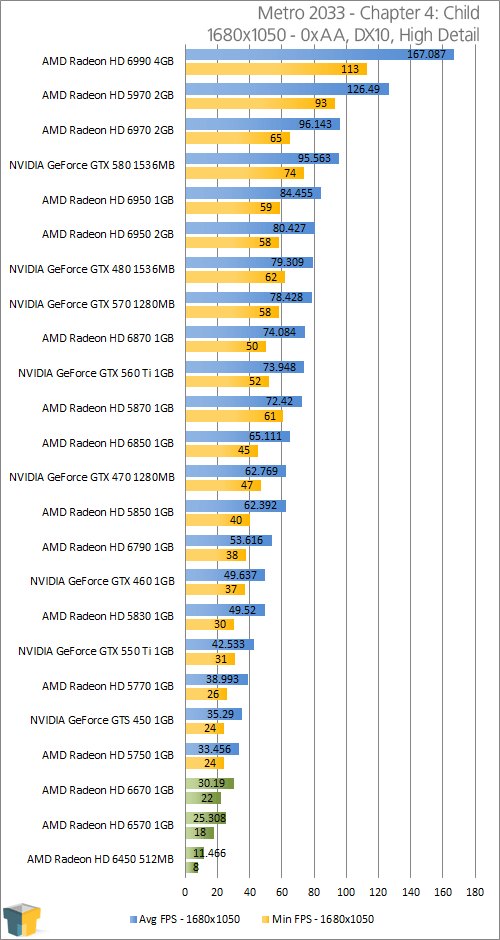 While it’s a little hard to believe that AMD’s trio of cards here performed better in a hardcore game like Metro 2033 than it did in Just Cause 2, it’s true. In fact, the HD 6670 proved just about playable, although things can be improved:

Decreasing the resolution to 1280×1024 and detail level to low made the game playable on the HD 6450, with the other cards being able to retain the original resolution, but with the detail level degraded to normal. Overall, still rather impressive performance for each respective price-point.