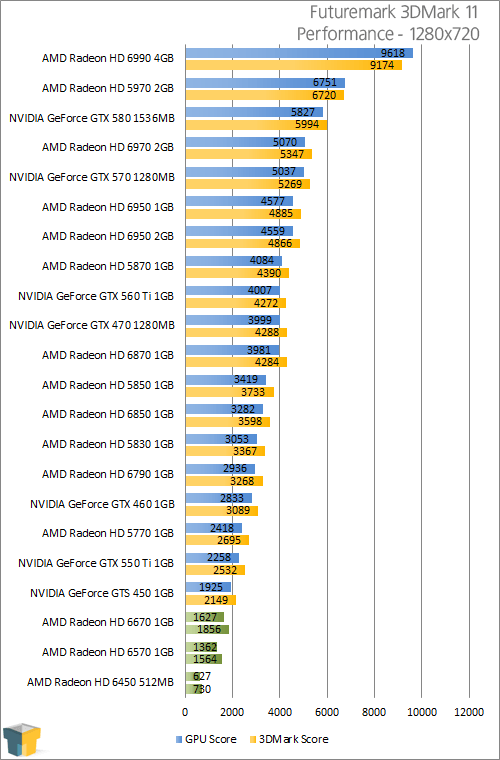 3DMark 11 backs up the performance we’ve seen through the rest of our review. All three cards scale just as we’d expect, with NVIDIA’s GeForce GTS 450 pushing just a bit past the HD 6670.