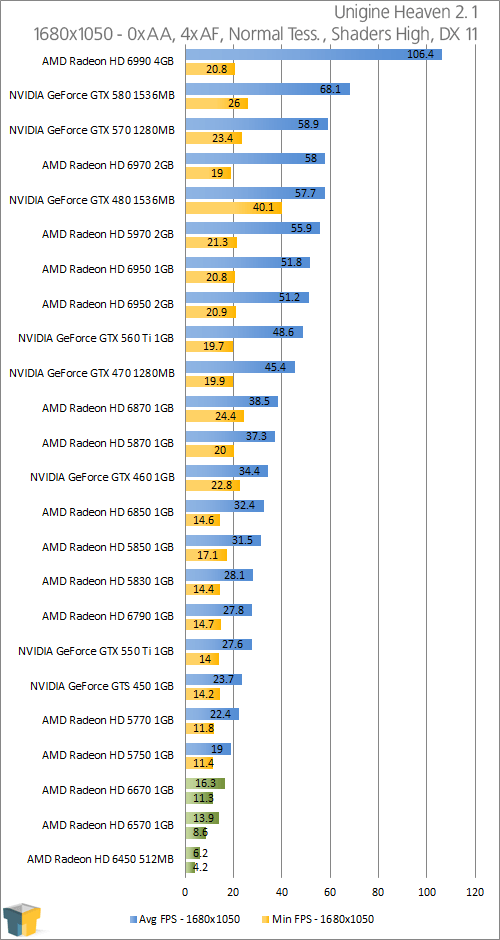 The results here scale just in line with our 3DMark 11 test.