For our rendering tests, we use Autodesk’s 3ds Max (2015, for SPECapc, and 2017, for our real-world model render), the popular open source design suite Blender, as well as Cinebench and POV-Ray for some quick-and-dirty results.

All of the tests here are hugely scalable, and will remain so for the forseeable future. If AMD or Intel want to bring 16-core chips to the desktop, then the results could wind up being downright jaw-dropping. 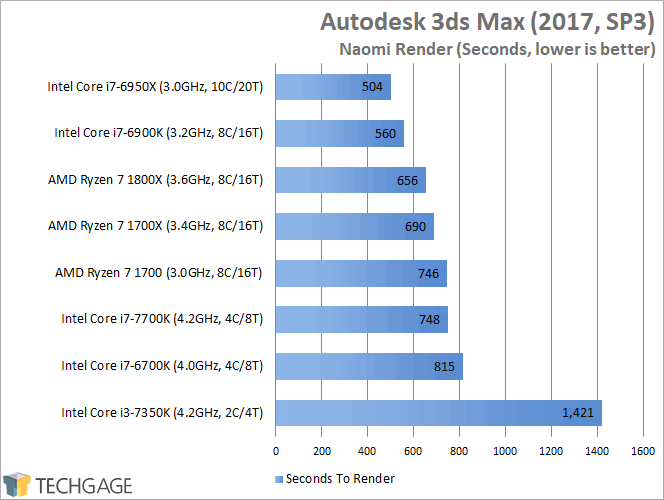 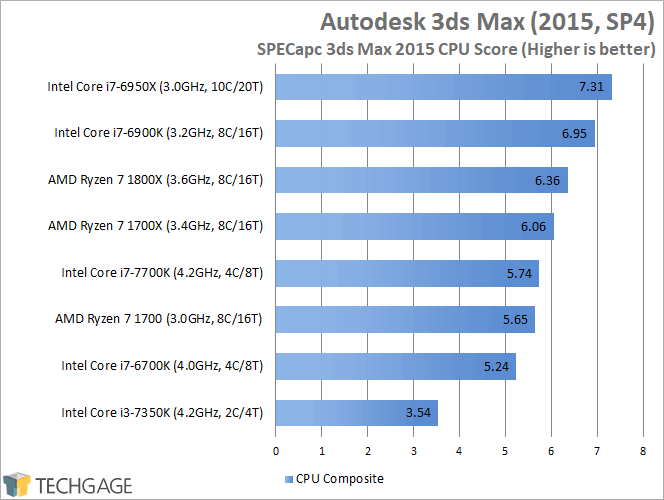 With these first results, we see AMD put on a fight worthy for the MGM Grand. AMD’s 1800X didn’t quite match Intel’s i7-6900K (also an eight-core), but requiring 17% more time to render (based on the Naomi real-world render) on a processor half of the cost is going to resonate just fine with a lot of people. 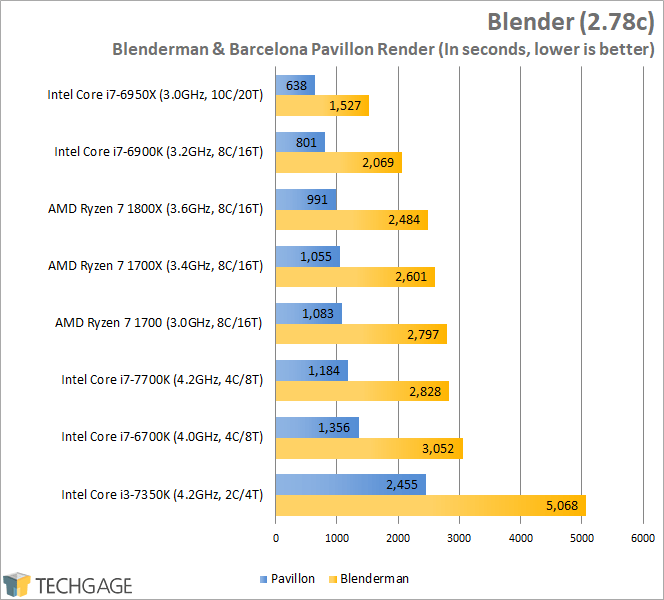 Ryzen continues to impress with Blender, with the 1800X requiring about 20% more time to render each one of our exhausting projects (even the 10-core i7-6950X took 25 minutes to render Blenderman!).

As I mentioned in the first page of this article, I consider the Ryzen 7 1700 to be the most alluring of the bunch, as an eight-core processor at a mere $329 is downright impressive. But also impressive is the performance, which manages to beat out Intel’s i7-7700K in both 3ds Max and Blender. AMD’s IPC might not be on par with Intel, but that extra brute force with a doubling of threads helps make up for it. 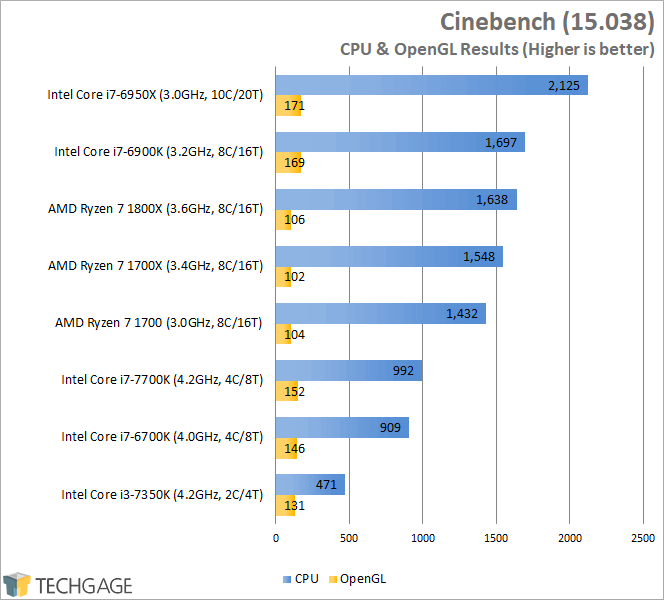 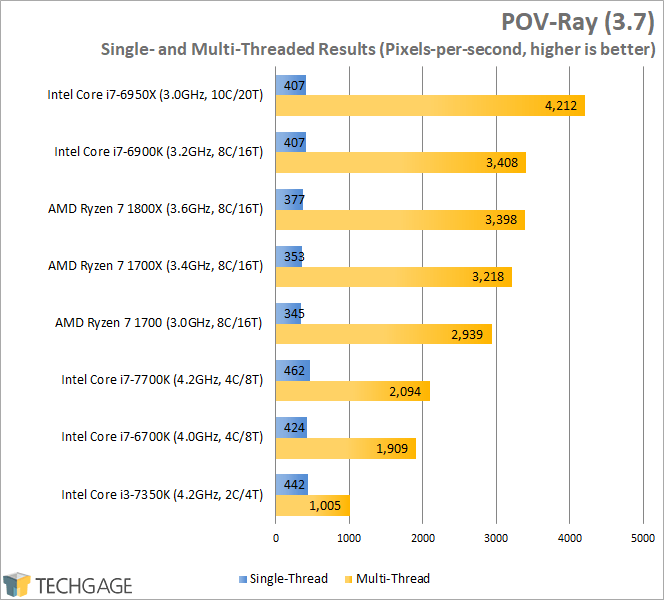 I’ve mentioned IPC (instructions-per-clock) a couple of times already, and because it’s lower on Ryzen than on Intel’s recent Core processors, single-threaded performance is going to suffer. An example of this is easily seen in the POV-Ray result, where even the fastest Ryzen falls short of every Intel model here, even the 3.0GHz base i7-6950X.

However, that’s just single-threaded performance. When multi-threading is introduced, Ryzen delivers incredible performance. In the same POV-Ray test, the 1800X scores 62% higher than the 7700K – a chip that costs about $20 more.

Not a bad showing so far. Let’s see if this performance carries on over to some popular media and entertainment scenarios.