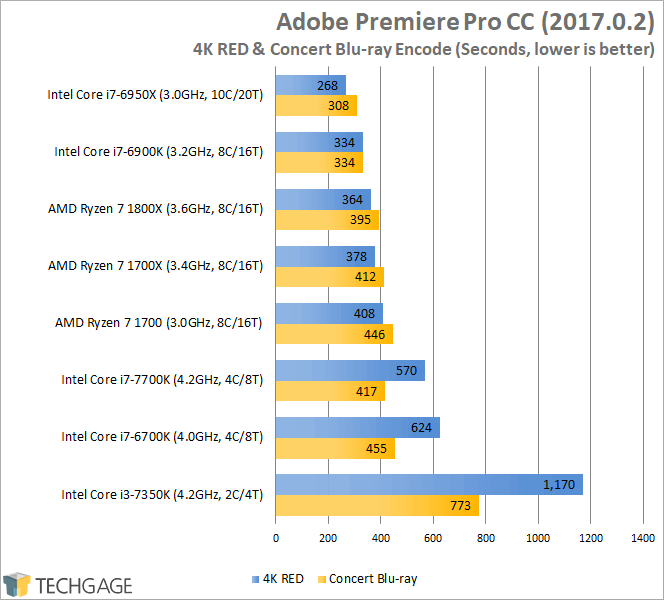 One thing these results highlight is the fact that 4K encodes can benefit a lot from higher core count processors, whereas BD-ROM encodes (or, at least this one) won’t take advantage of much more than four cores. Both of the Intel quad-cores here, along with the dual-core, encode the BD-ROM quicker than the 4K encode, but as soon as we break into the 8 core (and higher) chips, that 4K encode can speed up dramatically. Interestingly, the 6900K’s blend of cores and clock speed results in both encodes taking the exact same amount of time to complete. 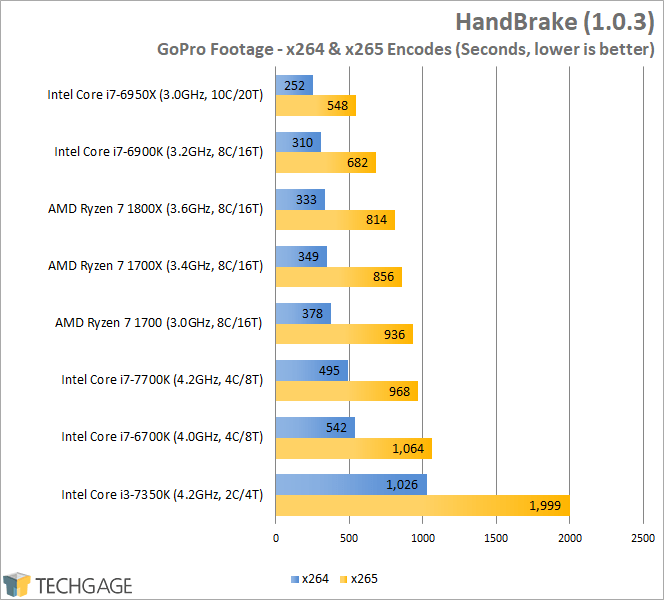 Looking at these results, it’s easy to understand why AMD chose HandBrake to show off the performance of Ryzen in its many previews leading up to the launch. Again taking a look at 1700 vs. 7700K, AMD outperformed Intel in both the x264 and x265 tests, which is interesting as I would have expected Intel to lead in the latter, given the company’s strong foothold on encoding acceleration (the file we test with was actually provided to us by Intel). 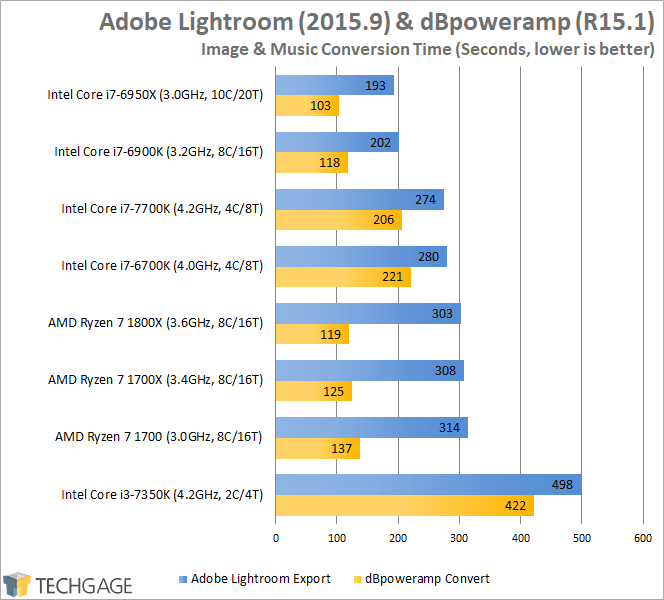 With dBpoweramp, we once again see AMD’s 1800X put up an incredible fight against Intel’s 6900K, matching its performance, minus a single second. Intel struck back hard with the Lightroom test, however. I remember a day when Lightroom couldn’t exercise more than a couple of threads, so it’s great to see that today, chips packed with a lot of cores will be taken advantage of.