With any gaming PC, careful consideration must be given to each and every component that will be used. From high end graphics cards to multi-core CPUs, the hardware options are almost limited by the amount you want to spend on the build itself. With everything in mind, one piece that is often overlooked is the case. While the argument can be made that a case plays no vital role in the performance of the PC as a whole, it is the face of your computer.

Regardless of the GPU you are running in your rig, whether itâ€™s a Radeon 9800 Pro or a GeForce 8800 GTX, the first impression people are going to get from your PC is from its outward appearance. I suppose you can also make the point that many people donâ€™t even need a PC case. I personally have an entire rig setup on my bench solely for testing hardware.

Long gone though are the days of the beige box under the desk, having been replaced with stylish black and brushed aluminum works of art. A stylish case today can easily set you back between $100 and $250 and this might not even include a power supply. Regardless of what you are looking for in a case, one company that comes to mind more often than not is Antec. Having been in the chassis game for quite some time, 11 years to be exact, Antec has long been the pioneer in not only stylish cases, but cases that produce as little noise as possible. Having divided their lineup into different classifications, we are taking a look at their latest offering to the gaming community, the Nine-Hundred.

Having been a favorite of gamers for years, Antec has finally taken the time to design a case that addresses one of the greatest concerns gamers, heat. A large majority of gamers use simple air cooling to keep their system temps in check. This is either to reduce the overall cost of their rig, or because water can be a real hassle. Regardless of the reasons for using air cooling, it is somewhat limited in the temperatures it can provide when compared to more exotic forms of cooling.

The Antec Nine-Hundred came to us shipped in its retail packaging. In a stylish black box with a picture of the caseâ€™s most notable feature, the 200mm top mounted fan. Providing plenty of information about the case, the packaging is what we have come to expect from Antec. 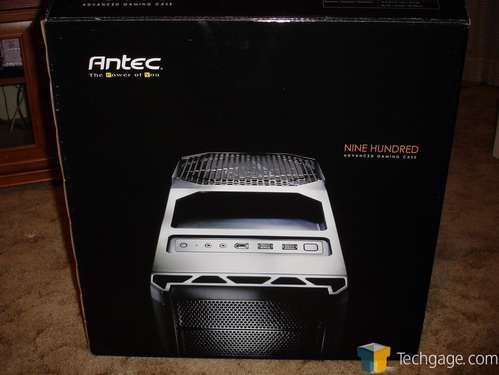 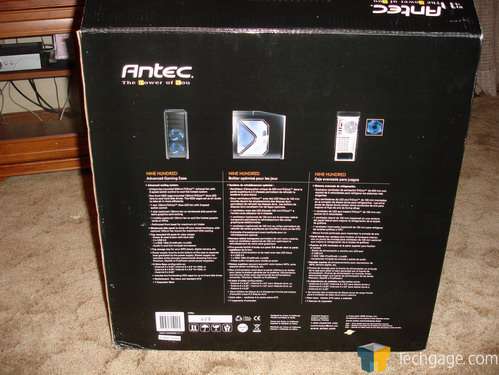 Once opened, we see the Nine-Hundred and to be honest, itâ€™s a bit smaller than I had anticipated. Standing roughly six inches shorter than the previous case we took a look at, the Thermaltake Kandalf; the Antec surprised me to say the least.

From the side, we can see the large clear side panel. To protect this window, Antec ships the Nine-Hundred with a clear piece of plastic stuck to the side which once removed, clearly did its job well. Also notice that behind the window, a good part of the side panel is perforated with mounts on the inside for another 120mm fan (not included). 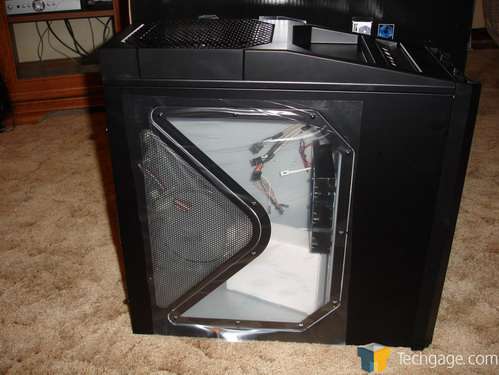 Moving around to the front of the case, we see the Nine-Hundred continue the theme of airflow. The entire front of the tower is perforated. There are nine bays running down the front allowing for numerous different combinations of fans, optical drives and fans. Behind the bottom six bays sit a pair of 120mm fans, allowing the three remaining bays on the top to be used for whatever you choose to use them for. Notice how the drive bays appear to be indented in, behind the sides of the case. I like this look. 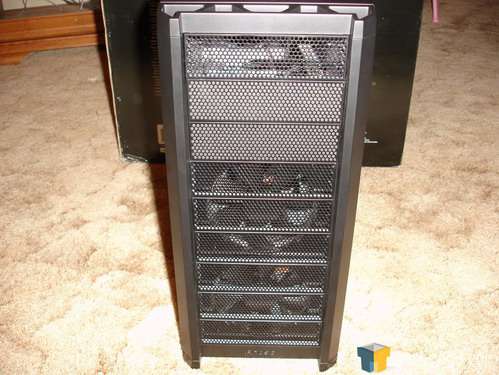 On the top of the chassis, we see the standard I/O panel consisting of a pair of USB ports, one Firewire port, headphone and microphone jacks, a hard drive activity LED and a pair of buttons for power and resetting the machine. 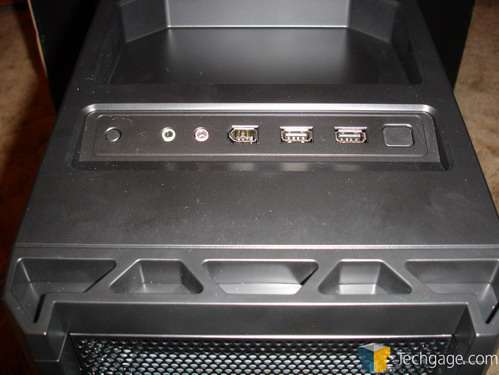 Just behind the top mounted I/O panel, there are two notable areas to point out. One being the ridiculously large 200mm fan that pretty well defines this case, and the other being a small recessed area top place virtually anything you need to keep close. This does not include soda, beer, Makerâ€™s Mark, Red Bull or Monster and should you decide to set anything not securely closed, you need to keep in mind there is a large 200mm opening right behind this area. Please do not store anything on top of your case that can potentially destroy your PC. With that said, letâ€™s take a look at this handy little storage area. 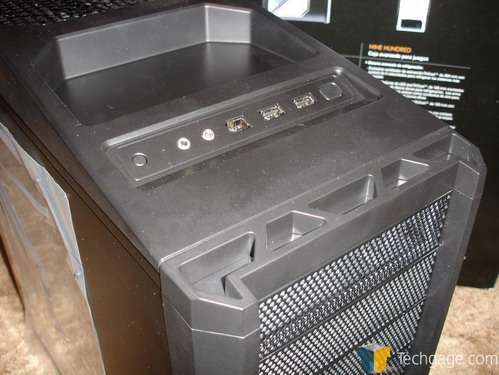 Included in with the Nine-Hundred is a small rubber pad to place inside the opening to help keep loose items from slipping around. 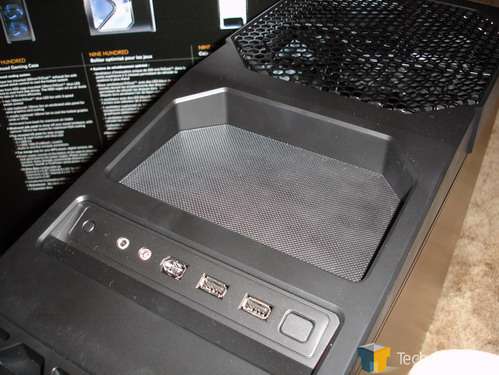 Finally on top, we see the Nine-Hundredâ€™s defining feature, the large, very large, 200mm fan. With large holes in the fan guard, there should be little restriction of the air that this fan moves. 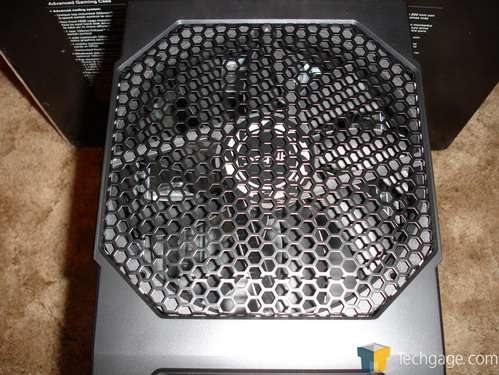 On the back of the case, we see the opening for the power supply is at the bottom of the case, as opposed to the traditional area at the top. This is obviously to allow the Nine-Hundred to use the large fan to the best of its abilities. On the left, there is the I/O shield with the 120mm exhaust fan opening to the right. Below them are the PCI slots. 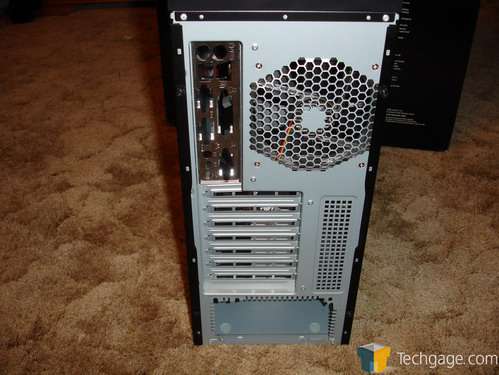 Let’s take a look at the insides!