Page 2 – Inside the Case


Shifting out attention to the inside of the case, the first thing that stand out to me, aside from the bottom mounted PSU, is the lackluster look of the inside. On the right, you have the drive bays and on the left you have nothing really. This isnâ€™t anything to get to particularly upset about, the slot loaded hard drive bays found in the P180 have been something that I have come to love. This however you defeat the purpose of having the front 120mm fans and would restrict too much airflow.

Speaking of the drive bays, the bottom six drive bays are separated into two sets of three with 120mm fans on the front of both. They are removable and the top one has a large plastic mount to allow the attachment of yet another 120mm fan to blow across your GPU. I found this to be rather cumbersome and removed the plastic mounting piece.

Notice the four screws on the side to secure the drive cages in place. This is repeated on the other side of the case for a total of eight thumb screws for each drive cage. Thatâ€™s a decent amount of needless work but at least you know itâ€™s secure. 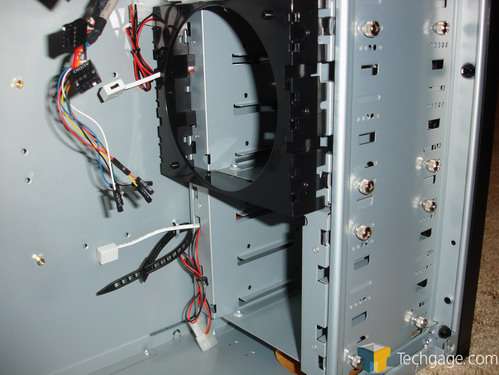 We can get a better view of the drive cages once they are outside of the case. As stated earlier, each cage can hold up to three drives and has one 120mm on the front of the case. These can be slid out either from the front or the back of the chassis. 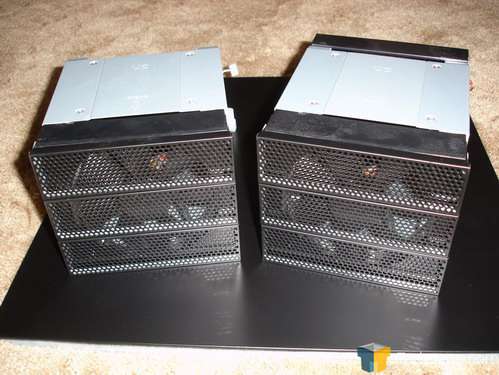 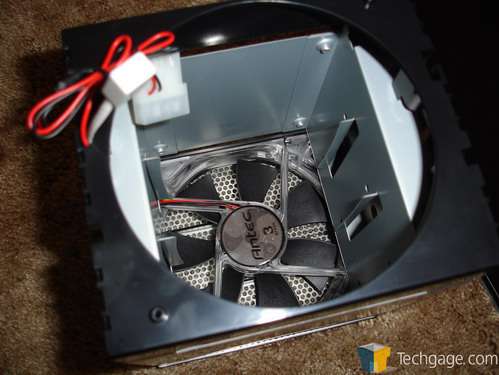 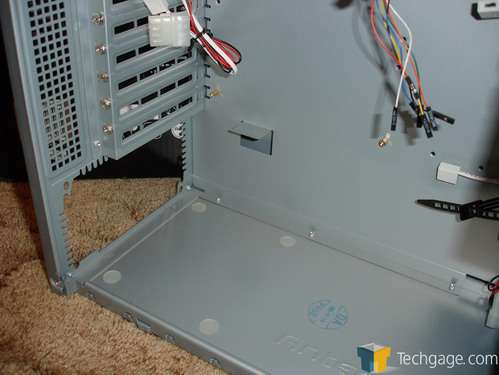 On the back of the Nine-Hundred, there is one of the three included 120mm tri-cool blue LED fans. For those of you that might not know, the Antec tri-cool fans are named this way because with a small attached switch that allows you to pick between low, medium and high rotation speeds. 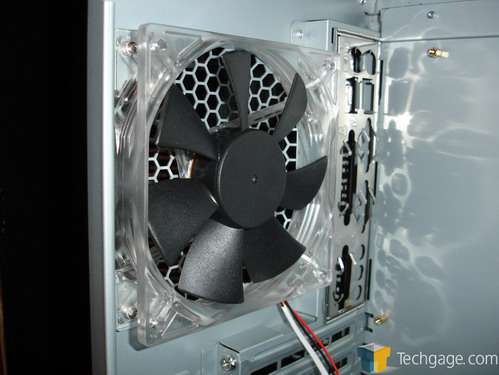 On the side panel itself, there is mounting brackets to hold on an additional 120mm fan should you choose to do so. This will pull cool air from outside the case and blow it directly onto your video card. 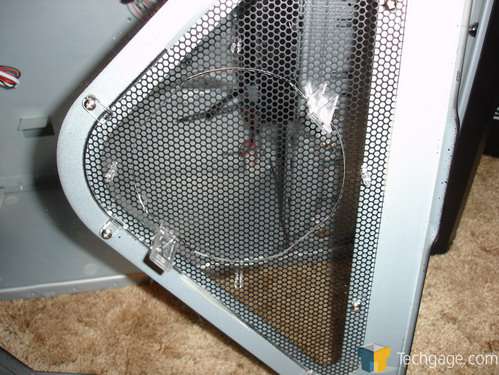 To connect the front USB, Firewire and audio connectors to the motherboard, pin plugs are used. This is a welcome addition and allows quick installation of the cables. Notice on the audio cord, there is the pin plug but also loose pins to accommodate motherboard that donâ€™t use the standard pin scheme. For those of you that donâ€™t care for the look of loose pin cables, these can be snipped off with no ill effects. 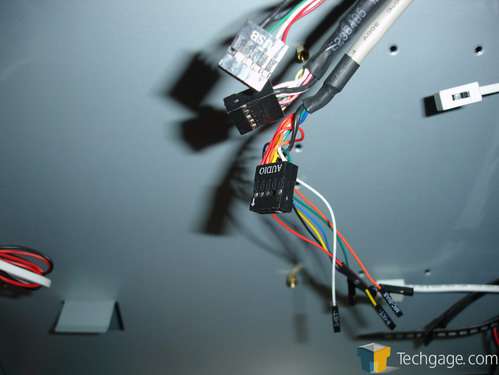 Also included in the case was a small box containing a 5.25" to 3.5" converter as well as a 3.5" faceplate for those of you who still might like to keep a floppy or ZIP drive. Also included are the screws needed to mount the motherboard and power supply. 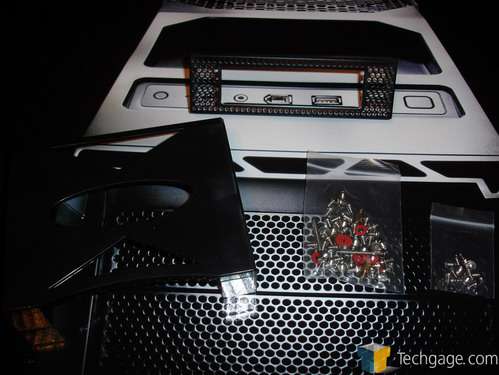 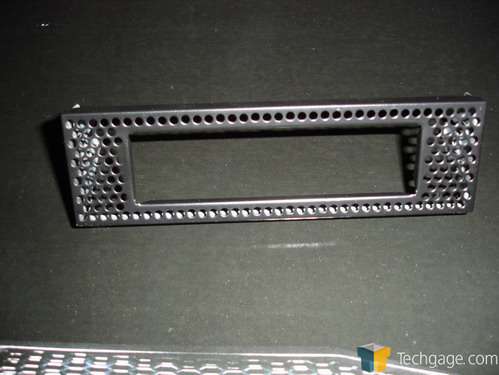 Let’s wrap up the review with installation and testing!