In a world of gratuitously flashy enthusiast PC cases, Antec sets itself apart by focusing on elegant design and a superb user experience. Their new SOLO case embodies these two ideals, offering a blend of style and substance as well as some thoughtful features aimed at convenience and low noise. Is this perfection in a computer case? Read on to find outâ€¦

What qualifies a true â€˜high-endâ€™ product? Is it a fusion of style and performance? (Antec has a case called the Fusion as well.) Or is it in the subtleties of the product â€“ the ease of use, or its thoughtful features? Is it in the execution? Should the product be free of any design and manufacturing flaws whatsoever? Whichever metric you prefer, if youâ€™re in the market for a high-end mid-tower PC case, youâ€™d do well to at least take a look at Antecâ€™s new SOLO case.

Admittedly, I entered this review with a few assumptions about Antec. Theyâ€™ve been building solid and functional PC cases for almost 20 years, and Iâ€™ve been a fan of their products for as long as Iâ€™ve been a PC enthusiast. My very first case ever was an Antec Gemstone-series ATX Mid-Tower, which initially caught my eye with its colorful but elegant design, and held my first and second self-built systems. My second case was a Charcoal-colored Chieftec Dragon, which most older enthusiasts know better as the popular Antec SX1040.

When the SX1040 first showed up on the scene, many hardware review sites hailed it as the ultimate overclockerâ€™s case, and it also served as the base for a bevy of heavily-modded machines â€“ in the days before you could buy a blinged-out case off-the-shelf for $80 with a blue CCFL that flashes with the beat of your music, spinners on the fan grilles, and a speaker behind the front bezel that belches the alphabet. 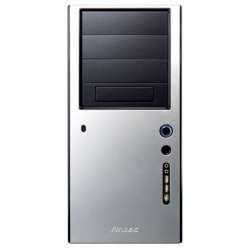 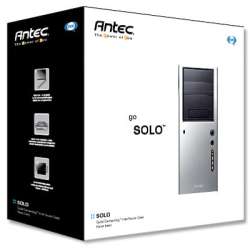 In this world of gratuitous PC case-bling, Antec and a few other case manufacturers make a defiant stand, refusing to succumb to the rice-box phenomenon. Antec, in particular, has focused instead on improving the functionality and user experience associated with their products. Instead of appealing to the gaudy street-tuner persuasion all too prevalent in the enthusiast market, Antecâ€™s more recent products feature elegant and understated styling, high-quality exterior finishes, and unique features and designs that reduce the machineâ€™s noise output.

This design focus has produced unique cases like the Fusion, NSK2400, and the towering P180, as well as more conventional-looking cases like the P150, SOLO, and the other NSK-series cases. Even Antecâ€™s new statement case, the Nine Hundred (named, most likely, for its combined 920mm of total fan diameter), features an elegant yet austere aesthetic and fans which have a three-speed switch that allows them to run quietly. 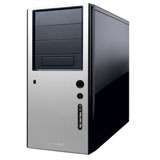 Iâ€™m pleased for the opportunity to review one of these newest Antec cases, the SOLO. This case offers a combination of solid construction, an attractive aesthetic design, and innovative, state-of-the-art features designed to reduce operating noise and make your job easier as youâ€™re assembling a system. Itâ€™s also the one I think is most likely to appeal to the broadest range of PC enthusiasts seeking a solidly-built, great-looking, well-engineered case for their next system. Letâ€™s take a look inside, and see what Iâ€™m talking about.