If you’re Apack, how do you surprise the rest of the cooling industry? Release a tower-style CPU cooler that doesn’t look like a butterfly. The new ZEROTherm Nirvana NV120 is that cooler, and luckily, it impressed. Could the Nirvana NV120 be our newest air-cooling champion?

Forced-air CPU cooling solutions have seen two major advancements over the past few years. The first advancement is the widespread use of heatpipes, closed tubes that contain reservoirs of liquid at low pressure, such that the application of heat at one end causes the liquid to vaporize and carry the heat from one end of the tube to the other. Capillary action within a sintered metal powder layer on the inner surface of the tube draws the fluid back to the heat source once it has condensed.

The other major advancement is the tower-style heatsink design, made possible in large part by heatpipe technology. Tower-style designs allow the use of enormous bodies of fins, placed directly within the PC’s natural airflow path (diagonally upward and toward the rear). Thanks to the fact that the technology is simple to manufacture, tower-style heatsinks have experienced a proliferation in the last few years. 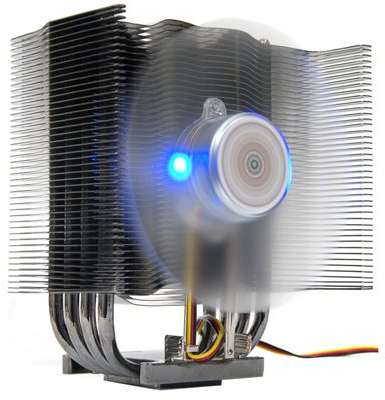 I’ve often passed over Apack’s ZEROtherm tower-style heatsinks in the past because of their ‘butterfly’ shape – while charming, they’re not exactly the effect I think a lot of enthusiasts are ‘going for’ when considering the aesthetics of their internal components. ZEROtherm’s new Nirvana NV120 heatsink is something completely different, however, with its appealing stealth-bomber-shaped fin structure.

When we first received word of this cooler, it was under a nondisclosure agreement (NDA), which had us scratching our heads – why might a CPU cooler, of all things, be covered with an NDA? We suspect Apack wanted to ‘spring’ this cooler on the competition – for good reason, as we soon discovered. In this article, I’ll be evaluating the ZEROtherm Nirvana NV120 both thermally and acoustically, to see what all the fuss is about.

The ZEROtherm Nirvana cooler comes packaged in a large, sturdy cardboard box with a front window, through which you can see the product itself. The cooler and included accessories are packaged in a PET shell. The box even has a carrying handle on the top for convenience. 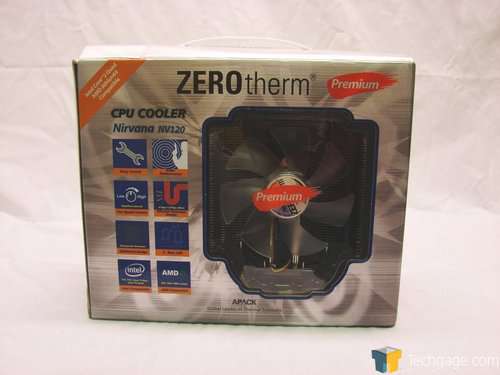 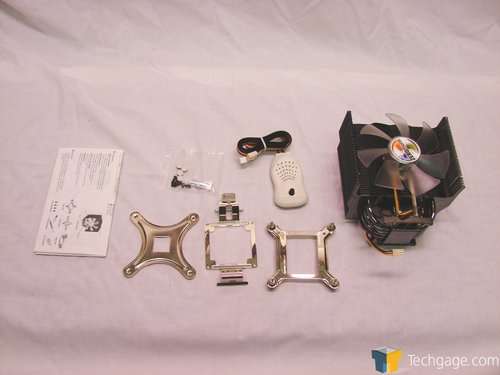 The Nirvana package includes mounting hardware for Socket AM2 and LGA 775 motherboards, an adjustable fan controller, a packet of additional hardware, and a basic instruction manual, as well as the Nirvana cooler itself. The cooler had some slightly bent fins when I unpackaged it, but that’s a minor quibble and could simply be a manufacturing issue. 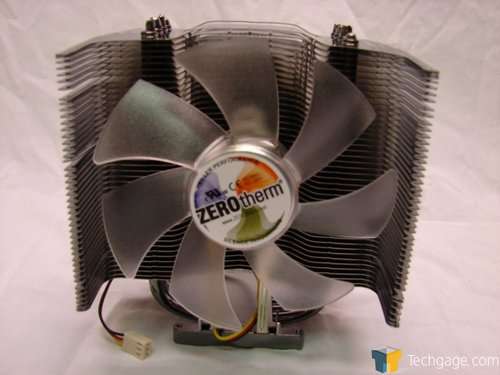 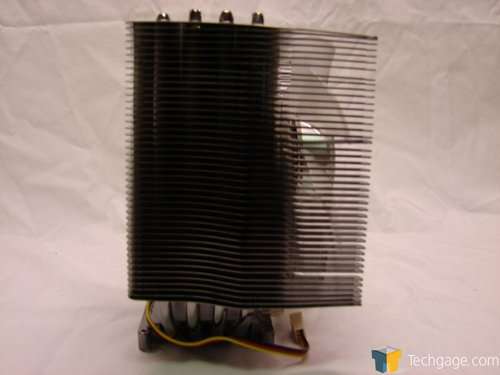 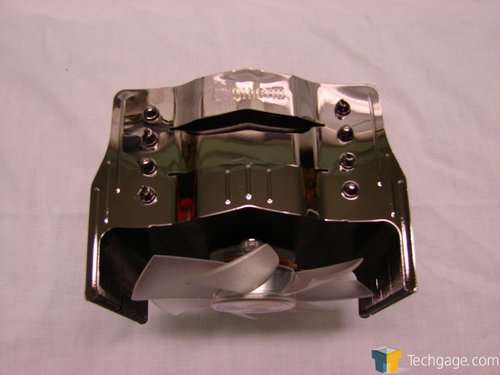 Plated from head to toe in a striking ‘black chrome’ finish, the Nirvana is one seriously sexy piece of hardware that will complement a wide range of enthusiast gear. Its fin structure has 45 aluminum fins, which are fed by four double-ended copper heatpipes that pass twice through the body of fins, for approximately the effectiveness of eight heatpipes.