For the most part, navigating Netflix on the Apple TV isn’t too different from navigating iTunes movie rentals, but there are some key differences, mostly wrapped into features that makes Netflix unique. Once signed into your Netflix account, hovering over the option in the menu will show previews of recommended movies above, which is a rather nice touch. That’s not something iTunes can do, or at least not yet. 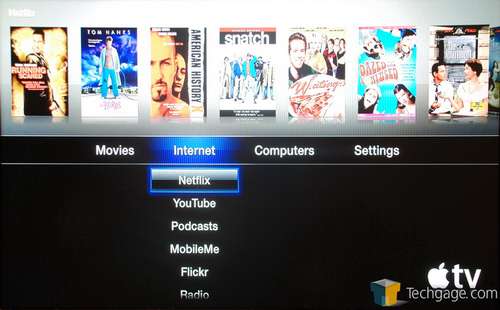 Once entered into the menu, you can go straight to the suggested titles, or split things up by movies and TV genres, or also look through new arrivals. Of course, you can also search for something specific. 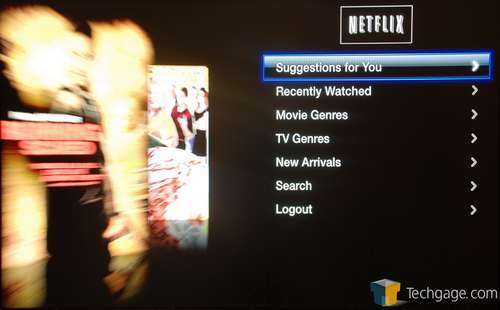 In the suggested section, you’re greeted with just that. But to make thigns more useful, it splits things up into different categories based on specific movies you like, so that you can find something to watch that suits the mood best. As one example, because I rated House of 1,000 Corpses highly on the Netflix website, the device here recommends me similar movies, such as American Psycho. 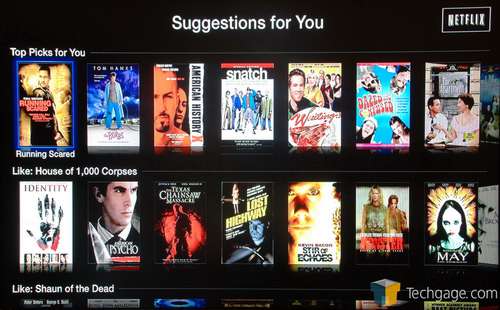 The TV categories are split up similarly. Since I’m in Canada, the current Netflix selection is pretty slim, but still not too bad given the service just launched mere weeks ago. 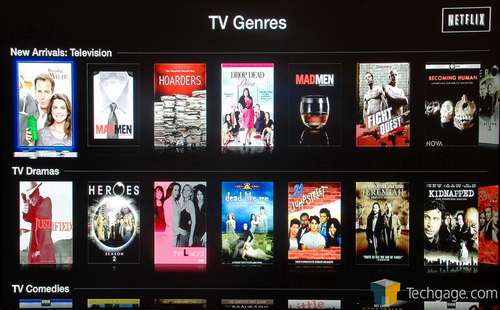 Where TV seasons are available, you will be able to look at one season’s worth of episodes at a time, and also add any in particular to your “Instant Queue”. 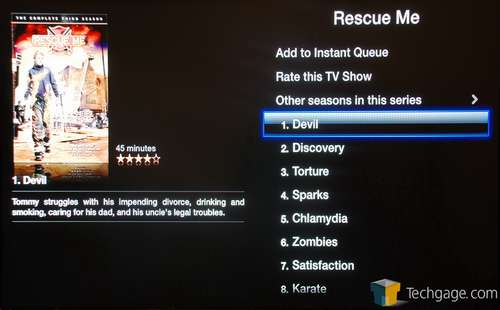 Each episode will have a unique description, but the ratings are lumped together from the season as a whole. 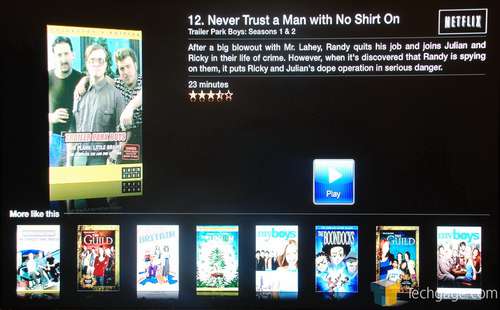 Like the iTunes movie rental implementation, using Netflix on the Apple TV is an absolute breeze. Being in Canada, I haven’t had much Netflix experience up to this point, but I can rightfully say that I’m a borderline addict – despite the seemingly lacking selection. Even over lunch I’ve found myself running to turn the Apple TV on just to watch a quick TV episode. You can’t beat the convenience!

For more spontaneous and off-beat videos, there’s YouTube, and I have to say, Apple’s implementation here is the best I’ve used up to this point. Once you enter the menu, you can go straight to the featured or most viewed videos, or log into your account and delve into your favorites. 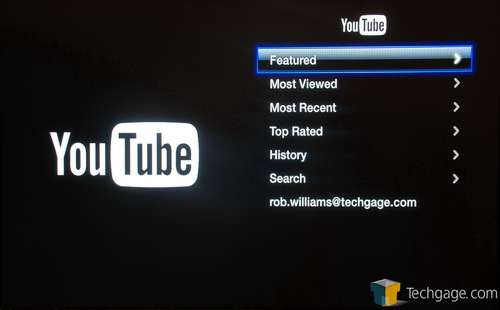 Inside one of the menus, you’ll see a simple list of related videos on the right side, a preview of the video on the left, and related information in the bottom left corner. If you’re in a “top” category, you can choose to view the top videos of the day, week, or of all time. The latter is great if you have a hankering to watch the Evolution of Dance just once more. 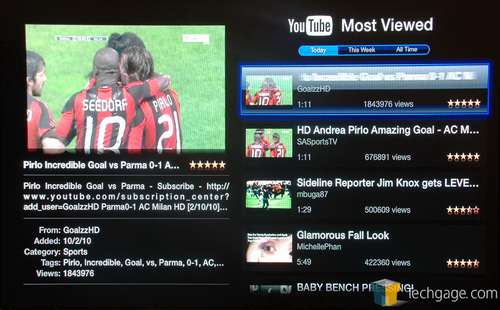 After you finish watching a video, or exit one out, you’ll be presented with the option of resuming or leaving, and also be presented with related videos. The interface here is the best I’ve seen so far… very, very clean. 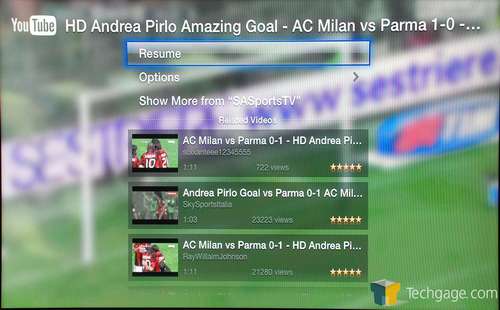 It’s almost impossible to portray image quality through a sub-par photo, but this is the best I can do: 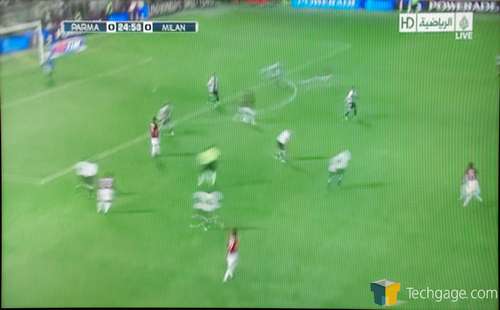 It wasn’t only the YouTube interface that was best on the Apple TV, but also the image quality, though it’s difficult to tell from the photo. I’ve used YouTube on four media players in the past two months, and while AC Ryan’s Playon!HD mini looked the best at the time, Apple’s device takes things one step further.