Viewing video on MP3 players with tiny screens may seem cool, and even useful, for a time, but eventually most people realize they’ll want more before they seriously start encoding their entire collection. Screen sizes of MP3 players tend to range from 2.5″ to 3.5″, with personal video players (PVRs) topping out at about 4″.

Archos is a company that’s been around for a while. They’ve released a few interesting products that never seem to reach the forefront. This time around, theyâ€™ve done away with most of the buttons in favor of the touch screen that made an appearance in the last generation players with more battery life, features like USB On-The-Go, and yes, a larger screen; seven inches to be exact.

I would be lying if I called this device an MP3 player of any kind, or even a portable PVP. Archos even calls the 704-Wifi a “Mobile DVR”. For now, Iâ€™ll just say this definitely isnâ€™t something that youâ€™ll want to carry with you every day. In fact, it probably wonâ€™t even fit in your pocket, but weâ€™ll get into the practicality later on.

The term “WiFi” in the name indicates one of the (if not, the most) essential feature of the 704. Browsing the web is only half the fun here; you can actually download media from networked computers and have your content delivered wirelessly.

At some points, the 704-WiFi will be mentioned as the “704” during the review. Thereâ€™s no indication if Archos is planning on releasing another model without WiFi, so itâ€™s important not to get this model confused with anything else.

Archosâ€™ packaging is simple. It doesnâ€™t have the iPod charm, but it shouldnâ€™t. Since this isnâ€™t really a product that can sell without customers reading the box and getting to know it, Archos goes out of their way to outline the features in an attractive package. 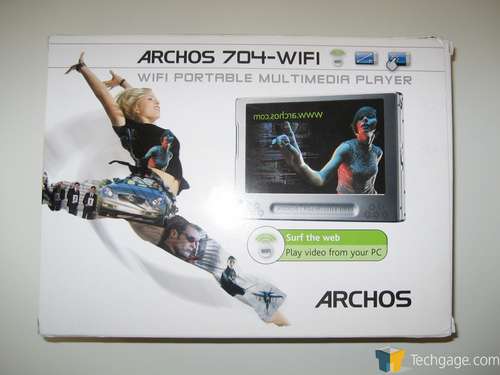 The back lists a table with bullets about the WiFi integration, screen size, interface, video, photo and music capabilities. 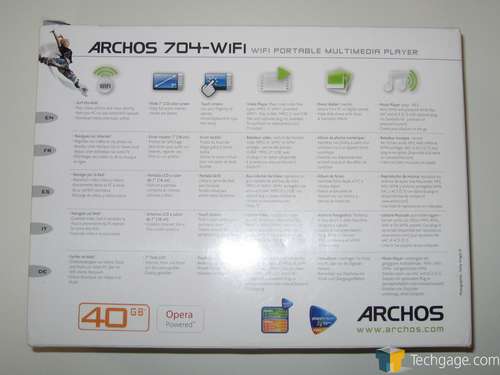 After opening the box, we have: another box! 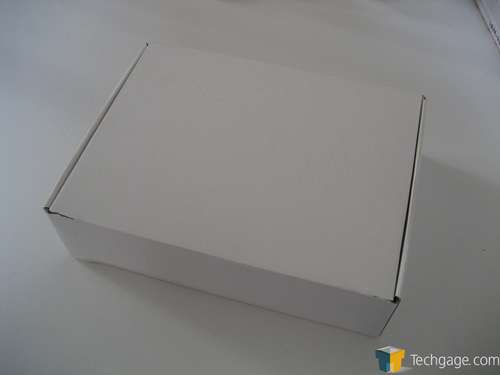 Hereâ€™s where all the goodies lie. I soon discovered the 704-WiFi was inside the included pouch. Each compartment (two are visible; one is under the pouch) holds a bundle of accessories. Weâ€™ll get into those in further detail in the third section. 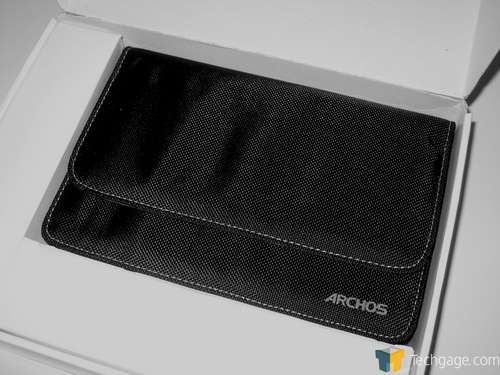 First impressions on the next page!