The review unit I received was a 40GB model, but Archos assured me an 80GB would only be available in the States.

The 704 is a well built device. Aesthetically, itâ€™s similar to the companyâ€™s other products but loses the buttons on the right side of the screen. Instead, the only physical buttons on the device are the power button, the TV-LCD toggle button, and battery eject switch, which are located to the left and right sides. Likewise, the earphone jack and power connector are located towards the bottom of the left side. To my surprise there was no hold switch of any kind.

The 800×480 resolution screen has the same anti-glare layer that you would find on a lot of LCDs, meaning that there is a “sparkle” when you look at the screen. The unit I received had one stuck pixel. To be fair, this isnâ€™t exactly the same product you would see on store shelves, but it does give you an idea of Archosâ€™ quality control. 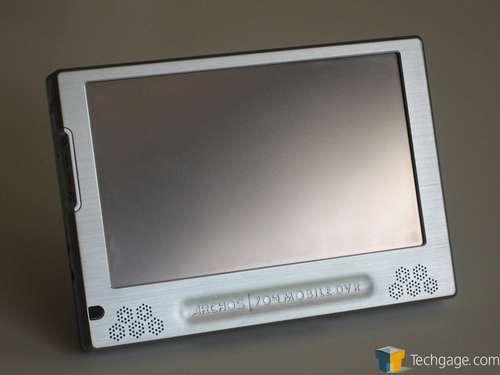 Overall, you could say Archos re-used their older 604-WiFiâ€™s design. It shares the same metallic casing and sharp corners. Besides the absence of buttons, the only noticeable differences are the activity LEDs. The labels are cut out, so the letters for the power and hard drive, and LCD out glow opposed to having separate lights and labels in past models. 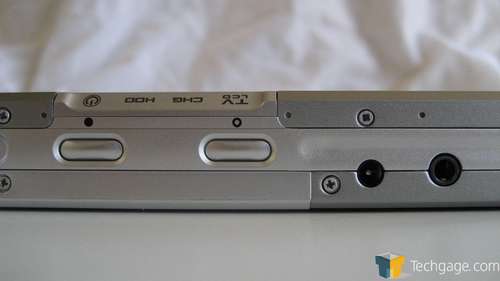 The battery switch works just like turning on a Sony PSP or Nintendo DS; taking out the battery simply requires moving the trigger down. 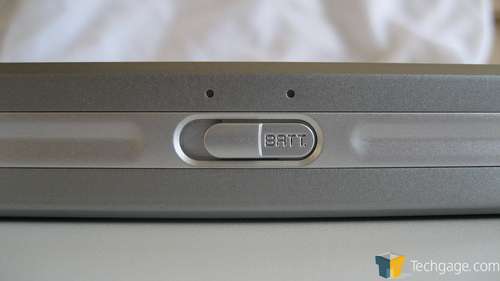 There are ports on the bottom of the 704 for two USB ports (one to connect a camera, and another to connect the DVR to a computer) and Archosâ€™ proprietary docking station. 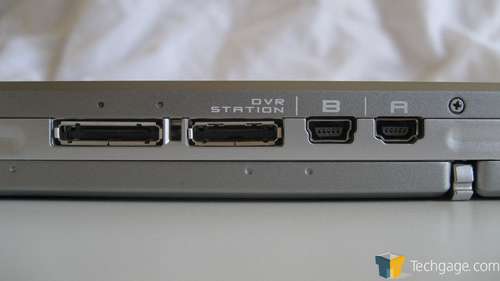 The bottom is where youâ€™ll find the speakers and IR receiver. Yes, theyâ€™re tiny speakers. And yes, they donâ€™t sound good at all. If youâ€™re looking for a Hi-Fi like experience, stick to headphones. 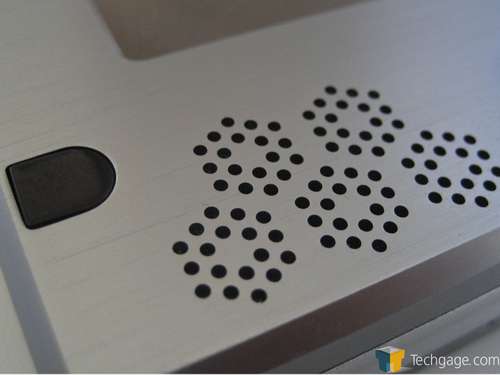 Archos chose to include a kickstand like their previous models. Instead of keeping it in your hands to watch videos, itâ€™s able to set on a desk at an angle. 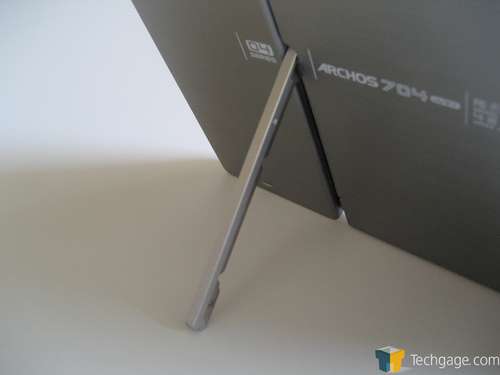 The rest of the back is plain. The model number, FCC information, and serial number are present. 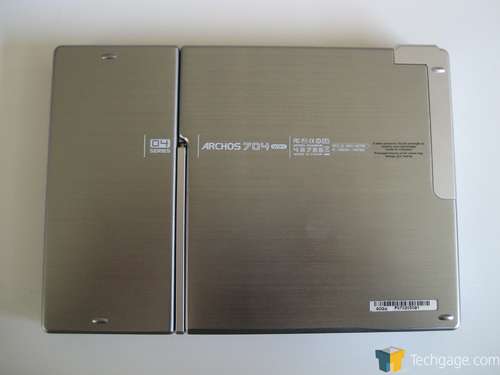 As you probably guessed, the battery for the 704 is user-replaceable. In past models, taking out the battery left the hard drive visible, which made upgrading easier, but thatâ€™s not the case this time around. 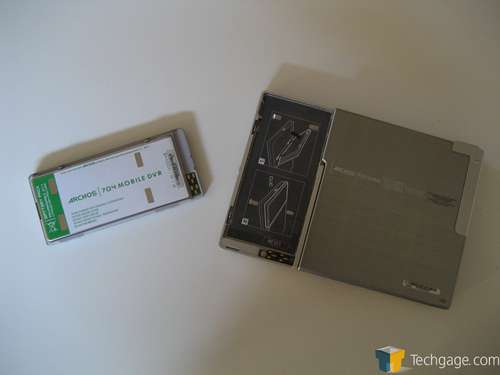 Of course, the Archos 704 includes a few notable accessories, which we will touch on next.