There are a number of accessories included in the box. The pouch, which weâ€™ve already seen, is relatively simple. There is no way to operate the 704 while itâ€™s in the pouch, which could have been remedied by cutting out a hole for the screen.

Even when itâ€™s put inside, the 704 doesnâ€™t fit snug. This may be convenient for some if you want to listen to music (some earbuds will fit if they have an L-shaped cable), but for instance, in order to change a song you would have to take it out of its case, use the touch screen, and put it back. The whole ordeal isnâ€™t expedient at all. 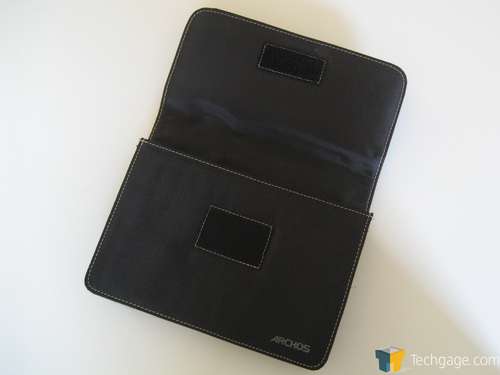 Underneath the 704, there is manual and booklet that showcases the accessories available for purchase. 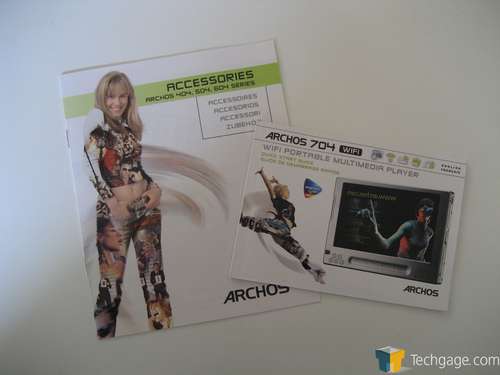 In the first box, we have a pamphlet for “legal notices”, two USB cables (again, one to connect the 704 to a computer, and another to a camera), earbuds, and a voucher for 50 free DRM free downloads from eMusic.com. 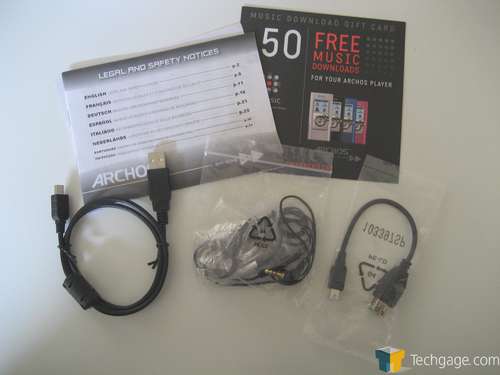 The second box only holds the charger and a piece of paper on instructions for using extra prongs on the AC adaptor (which werenâ€™t included), and the adaptor itself. 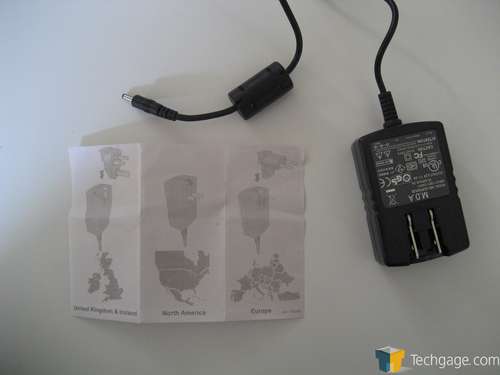 The last box (and probably the most exciting) houses an adaptor for the dock Archos offers, a remote control (and battery), and two styluses for the touch screen. The remote can control the player itself (via infrared) or a cable box, satellite receiver, or VCR. 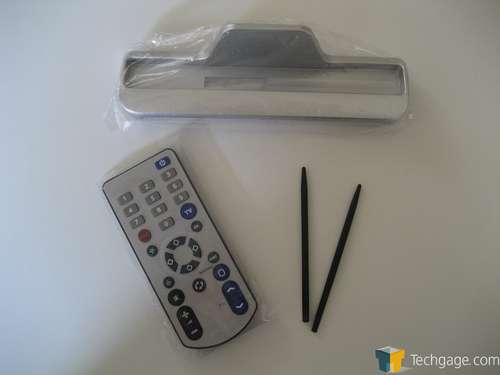 Unfortunately, Archos doesnâ€™t include any cables to connect the 704 to a television, nor a docking station. So even though Archos calls the 704 a “mobile DVR”, there is no way to view or record video content out of the box. The DVR station sells for $100 on Archosâ€™ site, and offers composite, S-Video, component, RCA, and SPDIF in and out connections. One minor downside is that the DVR station only records up to a resolution of 640×480, so content still wonâ€™t natively fit the screen.