Viewing photos isnâ€™t something I normally do with portable device, simply because it hasnâ€™t been a huge factor. I can say that Archosâ€™ photo browser was easy to use by selecting images by thumbnails and providing slideshow features. There are simple formatting features like rotating and zooming, and any picture can be set as the wallpaper. 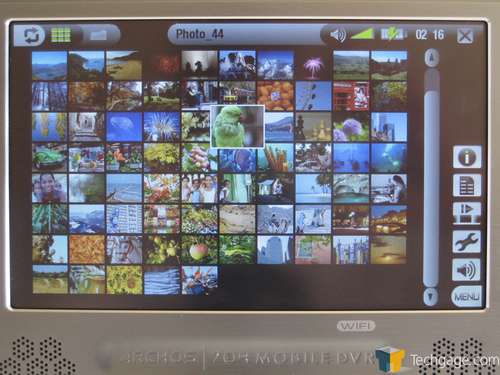 Once again, since there isnâ€™t any way to connect the 704 to a TV, doing things like sharing pictures with friends and family members on a bigger TV isnâ€™t possible, unless crowding around a 7″ screen is your idea of fun.

Unfortunately, my camera didnâ€™t support USB On-The-Go (a Canon SD630), so I was unable to test that particular feature. This isnâ€™t Archosâ€™ fault, but I would have liked to see an SD slot (preferably) included to combat this particular issue. With the current trend, youâ€™ll have a hard time finding a hard drive based MP3 player or PVP with that specific feature.

Operaâ€™s web browser is a feature thatâ€™s nice to have, but not really usable in most cases. If anything, itâ€™s comparable to a web browser on a PDA with a higher resolution.

My first major complaint is the speed. The browser takes quite a while to connect to an access point and actually start up. Going to most websites takes a while (roughly 15 seconds in most cases, depending on the site). Obviously, sites like Google loaded up fairly quickly, but going to other sites like Slashdot or Digg took a long, long time.

The nail in the coffin was the lack of flash support. Being able to view flash videos on the go would have been awesome, but thereâ€™s nothing to be seen here. Flash 7 support could have been possible, but even that wasnâ€™t implemented. 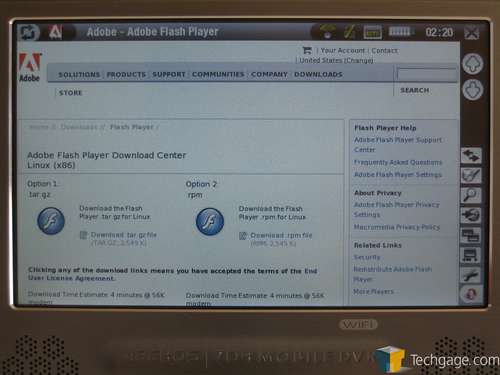 The most useful feature youâ€™ll find here would probably be transferring files wirelessly from a computer on a network. As one would expect, doing this is slower than connecting it directly to a computer, but itâ€™s nice to have if youâ€™re lounging around somewhere and you donâ€™t want to make a trip back to your computer to put a new video or album on. Since you can delete files from the device, making room is a lot easier too. 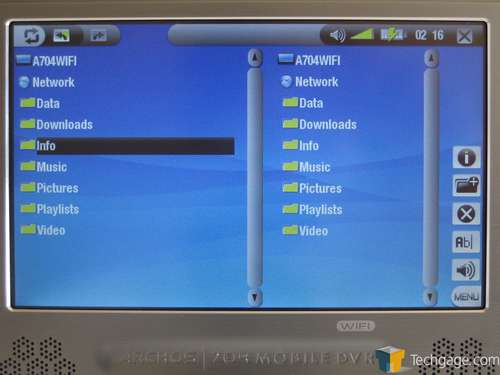 Archos also lets you transfer files both ways. Thereâ€™s an option to set the 704 as a file server on the workgroup itâ€™s connected too. The downside is whenever the file server is enabled you canâ€™t do anything else with the device. Because of that, itâ€™s a bit less useful, but Archos certainly made no crime for trying. 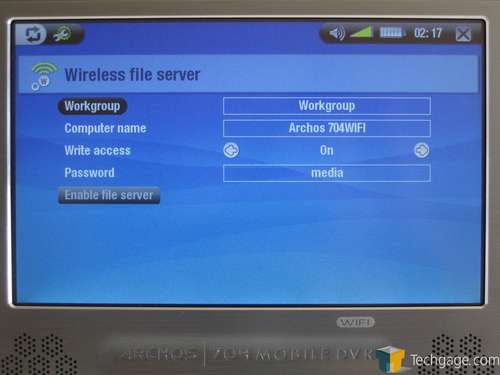 Next up, we will touch on the portability, performance and finish off with our conclusions.