The first thing that strikes you about this particular cooler is its size. It’s considerably larger than the stock cooler provided with the Sempron 3000+ processor that was used during testing. This cooler has a very innovative fan design that adds a touch of style, plus the open design of the fan provides much better airflow over the stock cooler. Arctic Cooling has designed the heat sink on this cooler with larger channels and a much larger size to maximize its cooling effect for overclocked processors. 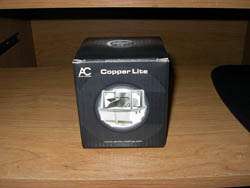 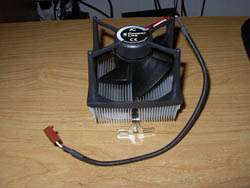 The installation of this cooler went rather smoothly. I did have difficulty fitting my hand around it inside the case, however. The size of this cooler may add a much better cooling effect, but it does not add in the ease of installation. The cooler sits higher than the stock cooler, and is also wider than it as well, which creates a small problem maneuvering your hands around the power supply and other parts on the motherboard.

These minor problems did not hinder the install too much and the whole process came through in under a half hour, including the uninstallation of the stock cooler, prepping the processor and placement of the cooler and securing it. 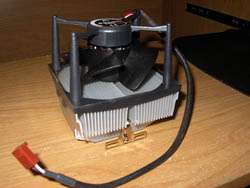 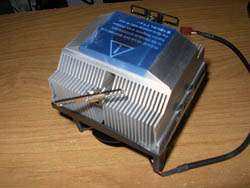