Although the P531 is constructed primarily from plastic, it did not feel cheap or fragile in any way, and from a comfort standpoint it was great. Even though this was marketed as a circumaural headset, the cups failed to cover my entire ear, leaving the cushions resting on the tops and earlobes.

That is not a comfort issue for me but it could cause one for those who wear glasses. This, along with the sharp curve of the headband had me worried that there would be a high amount of clamping force on my ears, but the padded cups did what they were designed to do and did it very well.

While the headset as a whole is heavier than I am used to, it still weighs in at a “light” 462 grams, or just over 1lbs, and I felt no fatigue after wearing it for several hours. After about half an hour I had almost forgotten that they were on, which is about the time that I used to have to reposition my old set due to them being so uncomfortable. 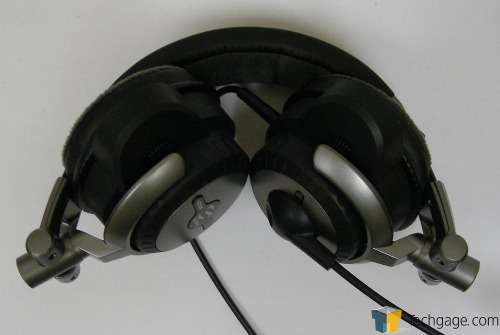 Having a small child who does not sleep straight through the night and needs attention means that I find myself wearing only one cup at a time quite often, so the ability to horizontally swivel in them is a welcome feature. It allows the unused cup to sit flush behind my ear instead of on the edge of the cup which would put excess force on my head.

One small shortcoming to point out is when the headset was taken off, placed around my neck and then put back on, it did not hold the headband adjustments. This is due to the fact that there is no resistance on the sizing mechanism. Many headsets almost have a click to them but the P531 has a smooth slide. While it is not a big deal, it can be a nuisance. 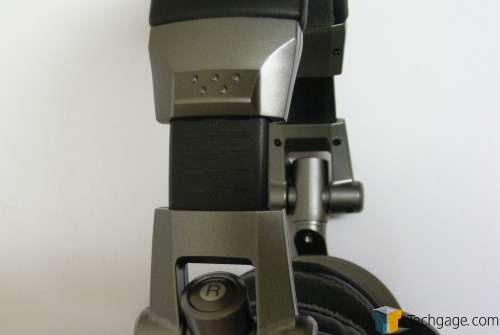 To test the noise-cancelling microphone I spoke to a friend in game and they said the sound was perfect with almost no background noise coming through. This is even while sitting next to a case with 5 fans running at full speed. To hear for myself I made a quick recording through Windows Sound Recorder, and I found my voice was very clear and I did not need to speak loudly in order for it to register. The microphone also stayed exactly where I placed it and the boom even held the shape of a 360 degree spiral, so it should be able to hold any position needed.

The headset provided clear highs and a good amount of bass regardless of whether I was listening to Pearl Jam, Alexisonfire, Fear Factory or Pendulum. On some tracks the mid-range became a bit muddy causing some of the more subtle sounds to become lost but this could be improved by tweaking the equalizer. The product website claims there are vibration units integrated into each cup to provide extra bass, which had me a little worried since my last headset would rattle your teeth. What I found was that this vibration is not tactile feedback like I was used to. Instead it was very subtle while listening to music, compliments the sound very well and gives the bass more punch while making it sound fuller. 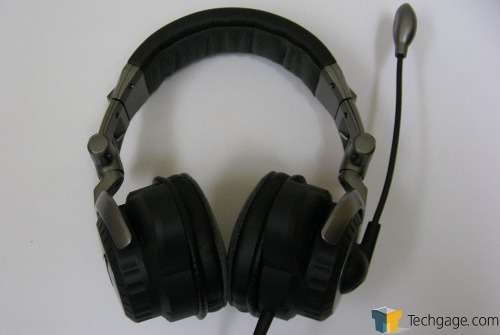 When it came to movies, I was blown away while watching Transformers in 5.1 and virtual 7.1 surround sound. Sound positioning was handled very well and since I have watched the movie more times than I care to say, I found myself waiting to catch sounds that were not happening directly in front of me. The vibration that I mentioned earlier really came through delivering heavy bass during action scenes without being overwhelming. When I had my wife listen she simply said “Wow!”

For game testing I decided to go with Call of Duty: Black Ops and Metro 2033. In Black Ops I was able to hear a few people running up behind me for a knife kill, but sadly I did not perform as well as the P531. At least the kill cam was nice!

Explosions, gun fire and footsteps that happened outside my field of vision could be picked up clearly and really helped increase my immersion in the game. The story is no different in Metro 2033. Sounds were also picked up clearly and helped me determine where an enemy was. In a few cases I caught myself getting jumpy and looking back to see if something was there, so these headphones certainly did the job.

Even with the minor shortcomings, I do not think you will find a better surround sound gaming headset for the money. It is built well, comfortable and performs very well while listening to music, watching movies or playing games. The outside design of the cups may not appeal to everyone but I think the look of the headset is perfect with just enough styling to set it apart from the crowd without being too over the top.

This is certainly a headset that I would recommend to anybody looking to get into the surround sound game but does not want to break the bank.