We discovered a couple of months ago that NVIDIA’s GeForce GTX 1060 delivers excellent 1080p performance and admirable 1440p performance, so what happens when ASUS straps on an even larger cooler and gives the card an overclock? Well, we get the Strix, an LED-equipped beast of a card that runs cool and quiet. 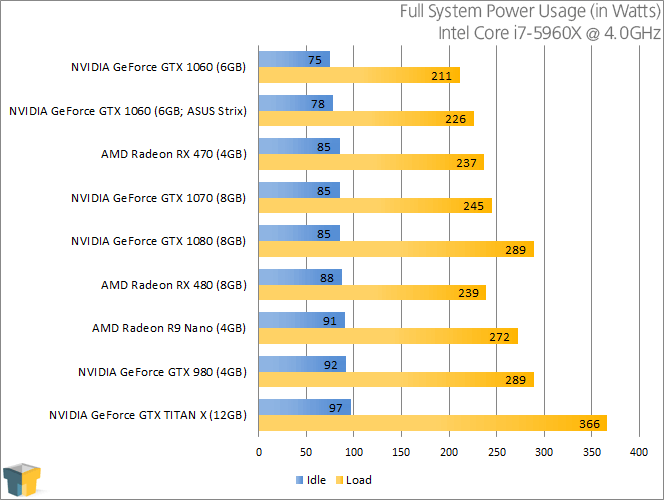 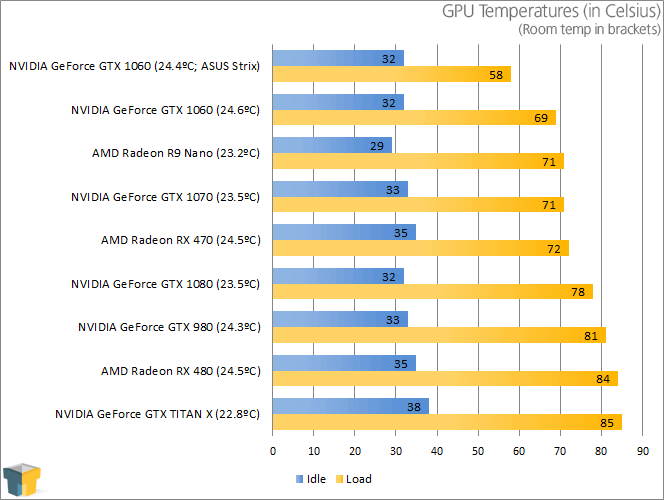 At this point in the review, I’d normally tackle overclocking capability and performance, but truth be told, I didn’t have a great amount of luck with overclocking ASUS’ Strix. I referenced some other websites that took a look at this exact card and couldn’t even manage to replicate their own top overclocks. I either have bad luck, or the card is pre-overclocked so much already that the leftover headroom isn’t that great. I could overclock +50MHz, but the performance differences were so minor that they didn’t warrant further testing.

So instead, I decided to give both the Founders Edition and ASUS’ Strix GTX 1060 a separate test, where I let Unigine’s Heaven run at high detail, at 4K resolution, for an hour, monitoring the results with GPU-Z. The results can be seen below:

Another metric to look at: despite running cooler, ASUS didn’t have to run its fans as fast as the Founders Edition card did: 1651 RPM vs. 2067 RPM. Again, a massive difference. The Strix manages to run faster, cooler, and quieter, at the expense of adding 15W to the load.

One thing I haven’t talked about up to this point, but need to, is ASUS’ GPU TweakII software tool. Similar to MSI’s Afterburner or EVGA’s Precision, GPU TweakII aims to be the ultimate GPU tweaking tool (as its name suggests), allowing users to monitor their temperatures and other settings, overclock, and set different profiles.

Overall, the software is extremely easy to follow (easier than other solutions, in my opinion). Out-of-the-box, the card will be configured with “Gaming Mode”, and if you want a slight boost, you can choose “OC Mode”. When silence is important, there’s also a profile for that. Of course, you’re able to create totally custom profiles as well; useful if you want to create an overclocking profile that cranks the fan speed up significantly.

In the final shot in the slider above, you can see ASUS’ “Aura” software, which lets you customize the lighting on any product that supports it – such as this one. You can choose between a few different lighting effects, as well as choose a preferred color. Should you not care about custom colors, you could opt to use the temperature feature, which will change the color based on how hot the GPU core gets. Considering the temperature results we achieved with this card, it seems unlikely you’ll be seeing red that easily. 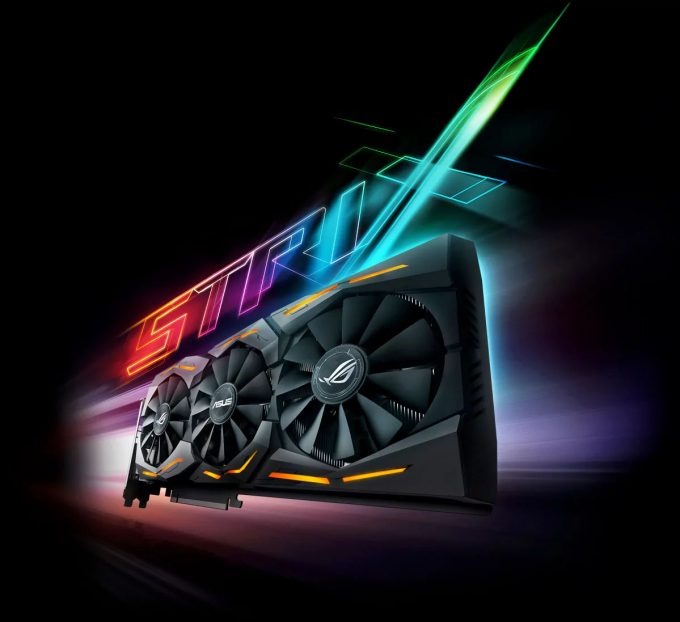 So what do we make of ASUS’ Strix edition GTX 1060? It’s an excellent card, no question. While I would have liked to have achieved a great overclock, I couldn’t push the card to impressive enough levels to warrant further performance testing. That’s not to say that the lack of overclocking is a major downside, though; the card out-of-the-box is much faster than the Founders Edition. Plus, as found above, it also runs much cooler and quieter at full load.

So with its $300 price tag, is ASUS’ Strix model worth it? Given that it offers excellent 1080p performance and solid 1440p performance, I’d wager that it is. That said, there are cheaper options available from other vendors, although it seems very unlikely that those that are cheaper would run as quiet, or cool. That’s thanks in large part to the Strix’s large cooler – this thing is a beast, plain and simple. It just doesn’t need to make a ton of noise to prove it.

What about adding the RX 480 into the equation? Taking a look at Amazon, it can be found for about the same price that some non-Strix GTX 1060s can be found for, around $270. In that match-up, I’d have to recommend the GTX 1060 even still, given the performance improvements we’ve seen throughout all of our testing. AMD has so far delivered better DX12 and Vulkan performance, however, so if you think that will be important to you in the future, the RX 480 might still be worth consideration.