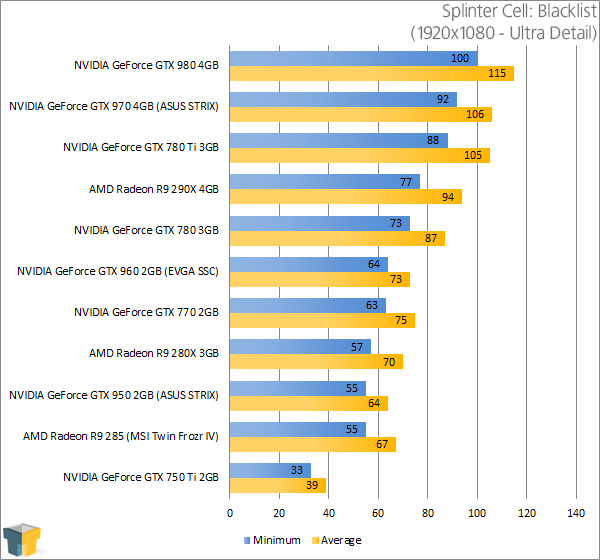 Blacklist is yet another game that looks fantastic but still runs great on the lowly GTX 950. We’re talking total hoverage around the 60 FPS mark at max detail (which includes AA). 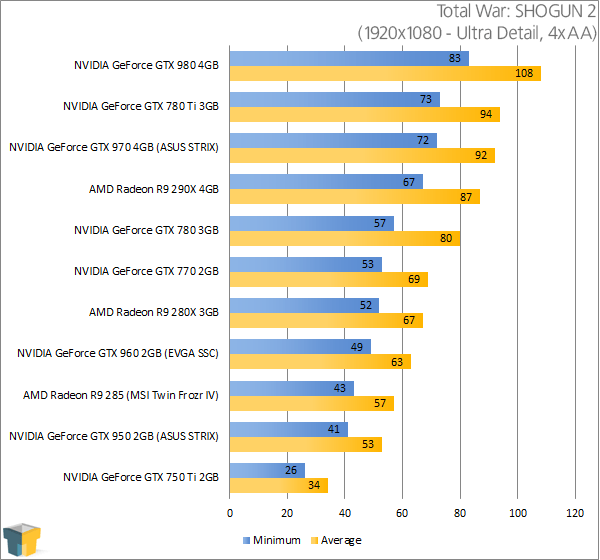 Rounding out our apples-to-apples benchmarks, SHOGUN 2 puts the GTX 950 where it’s been most of this review – well ahead of the GTX 750 Ti and behind the R9 285.