At first glance, the layout is admirable. It’s actually quite similar to other ASUS boards we’ve taken a look at lately. All of the available S-ATA ports are kept towards the bottom-right of the board, which point outward in order to aide in better airflow. I consider this to be a great feature, although it’s more difficult to plug in the connectors unless you have a very large case. 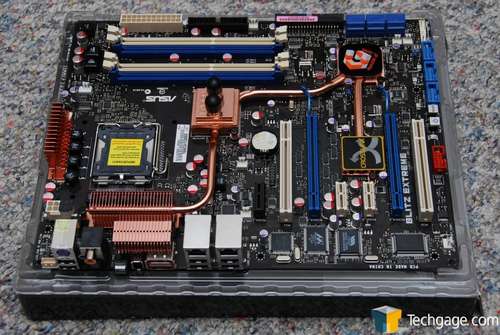 Another thing that stands out is the fact that the board is entirely passively cooled, as has been the norm with ASUS lately. One single piece of heatsink covers the CrossLinx chipset, south and northbridge and also the PWM. The PWM is the hottest point on the motherboard most often.

Below is a comparison between both the Extreme (left) and Formula (right). Good luck in finding differences. 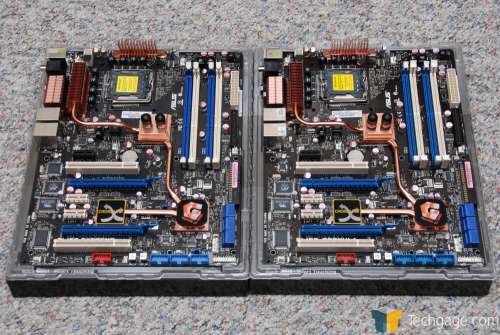 First stop is the CrossLinx chipset, found directly in between each PCI-E 16x slot. In Crossfire mode, each slot will function as 8x, which will effectively remove all bottlenecks found in other motherboards, including the ASUS Commando. 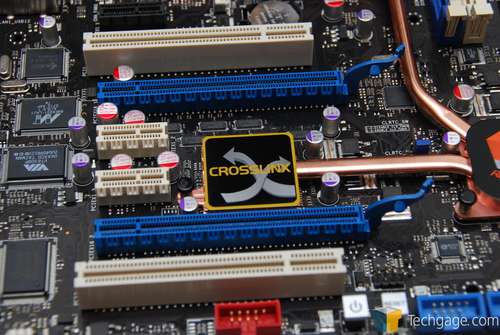 The Blitz is a part of ASUS’ own Republic of Gamers branding, meaning it’s designed specifically with gamers in mind. That fact is helped when you find a copy of ASUS-sponsored STALKER in the box, alongside 3D Mark 06. 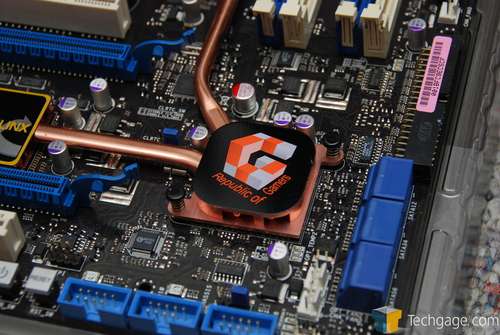 Alongside the two PCI-E slots are two regular PCI slots and also three PCI-E 4x. Miscellaneous chipsets line the left-hand side of the board, which take care of the network devices, S-ATA and I/O. 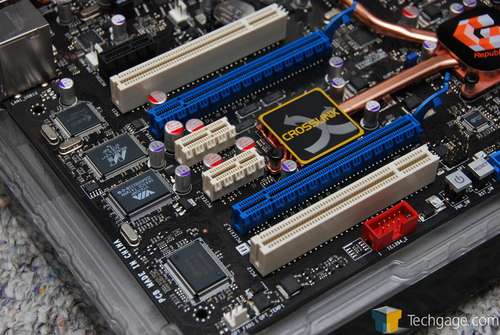 One great feature of the Blitz is that it’s perfectly suited to be used outside of a case, proof that ASUS really does have overclockers in mind with the design. Thanks to this, power on/off and reset buttons are available at the bottom. 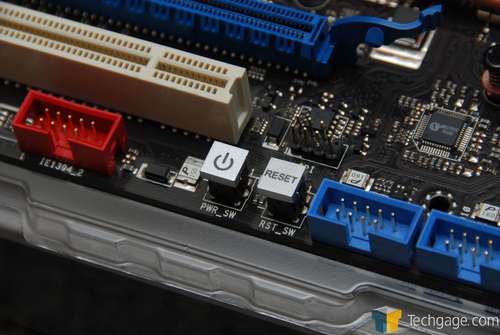 Further down you will find the ATX connectors and the six S-ATA ports. I love where these ports are located, but without having a massive case to work with, I found it a little tedious plugging in all three S-ATA connectors that I needed. The good thing for most people is that this will need to be done only once, not a few times in the same day as I did with writing this review. 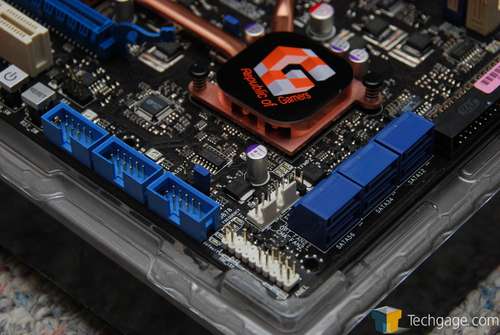 At the top-right of the board are the DIMM slots, 24-Pin power connector and a floppy drive connector. Towards the bottom of the image is the IDE connector. No special DIMM slot colors were used to differentiate the Extreme from the Formula, as was the case with the P5K and P5K3. 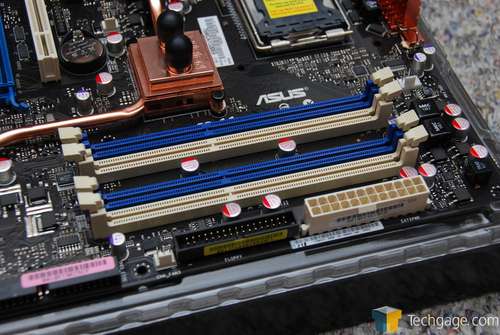 Here is the waterblock that sits atop the northbridge, called “Fusion”. It accepts 3/8″ tubing, although adapters are included for 1/2″. The rubber guards used here can stay on the chipset if you don’t plan to watercool… they will not melt. Chances are good that the board will not be able to hit temperatures at which point that could happen. 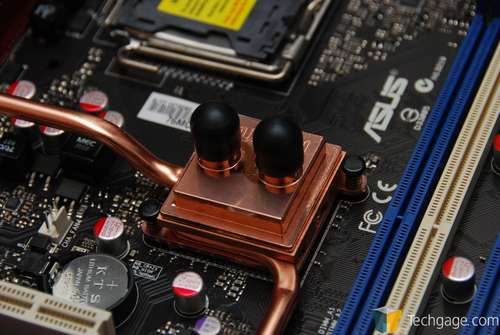 The usual copper heatsink can be found around the CPU socket. One single heatsink covers all the major chipsets on the board, in addition to the PWM. If you use water and keep fans to a minimum, this board is great for a quiet overclocking machine. 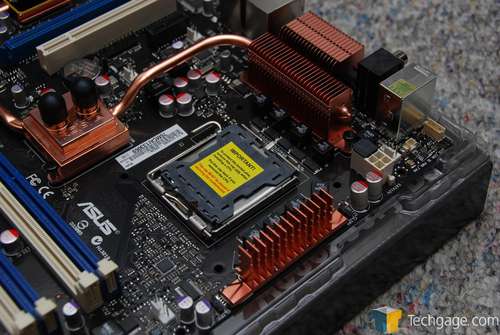 Finally, the side panel offers you a keyboard PS/2 port, six USB, the clear CMOS button, two e-SATA ports, two NIC ports, S/PDIF and finally, a firewire. Where the heck is the audio, you might be asking? 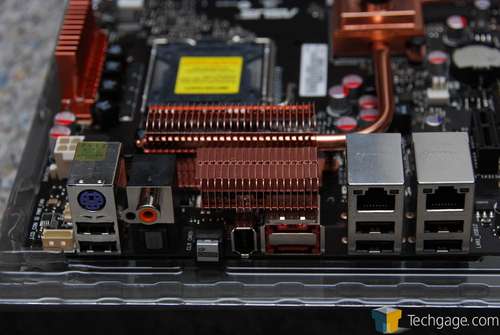 Right here, of course. Instead of having the card pre-installed and welded onto the motherboard, ASUS offers a separate card with a SoundMax AD1988B chipset, offering 7.1 surround sound support. I am no audiophile, so I cannot comment on the card itself, but for those curious, you can read more about it here. 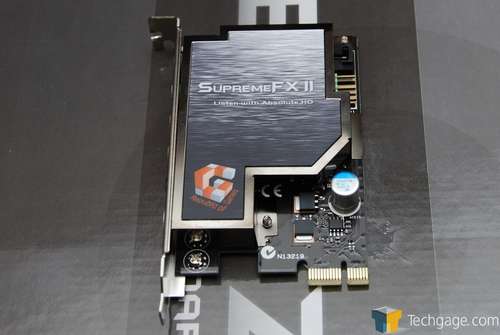 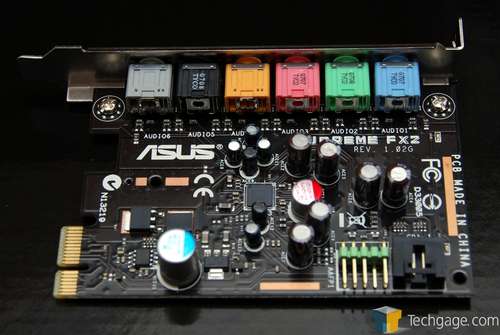 Before we jump into the performance reports, a look at the comprehensive BIOS is next.