The Blitz boards are designed with enthusiasts in mind, so we should only expect the best with the BIOS. Luckily, it proved just as overclocking-friendly as we had hoped and even exceeded some expectations. First up though, the first few screens that will be familiar to most everyone. 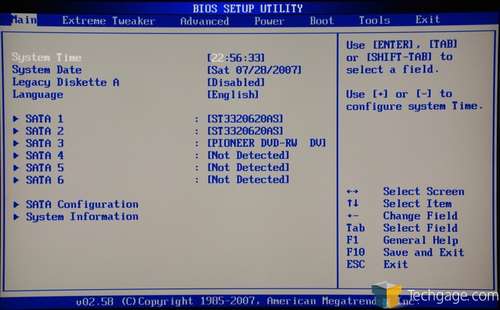 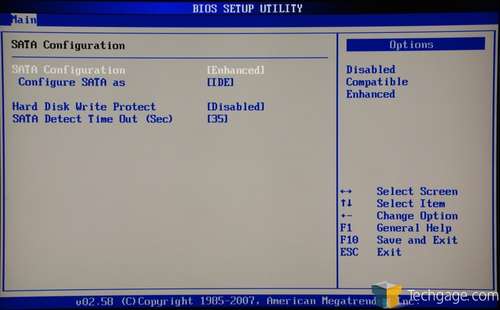 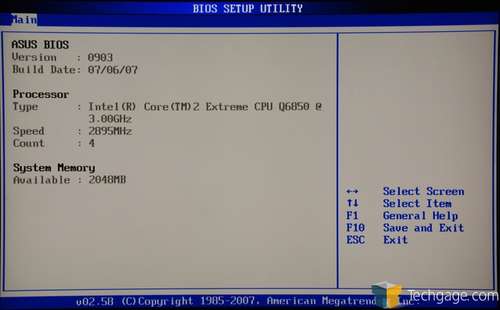 The overclocking section is so large on the Blitz boards, that it deserves it’s own menu. What you expect is here… FSB/Memory/Ratios and voltages. All of the important memory timings are here as well, except for tRC which seems to be more of limit on the P35 chipset and not the board itself. No P35 board I’ve used yet has had that option. 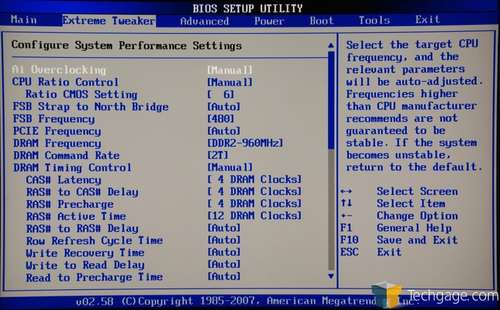 Once you take a look at the voltage options, you will understand why the this section is called “Extreme Tweaker”. Extreme is appropriate, and maybe “overkill” should be thrown in there as well. The options most will pay attention to will be the CPU and Memory voltage, but PLL, FSB termination, Northbridge and Southbridge is here as well. There’s also DDR Channel REF voltage, but it’s usefulness is not known to me.

You are reading this right… 1.90V on the CPU and 3.40V for DDR2 memory. “Insane” is one way to put it, “!!!!!!” is another. There is absolutely no reason to ever go that high even for suicide runs… you will reach a point of no return. Bear in mind that JEDEC standard for DDR2 is 1.8v and DDR3 is 1.5v, yet the options are here to literally double each. On one hand, I think it’s great that ASUS offers such broad tweaking abilities, but on the other, I think they went a little overboard.

The cool thing though, is that when you reach certain levels, the text will turn from Green to Yellow to Red, depending on the ‘severity’ of voltage. To compliment this, there are LEDs on the motherboard which represent the settings you chose. If you have a Yellow CPU voltage, the LED beside the CPU socket will be yellow. The manual states that Green = NORMAL, Yellow = HIGH and Red = CRAZY. Appropriate.

Moving along, here are a few more screens you’ve probably seen before. Nothing ground-breaking, but nothing seems to be left out, either. Unlike ASUS’ own Deluxe boards, the BIOS on the Blitz boards don’t have many lifestyle options that they do, such as music alarm. 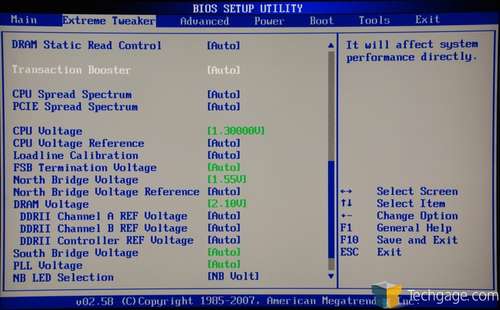 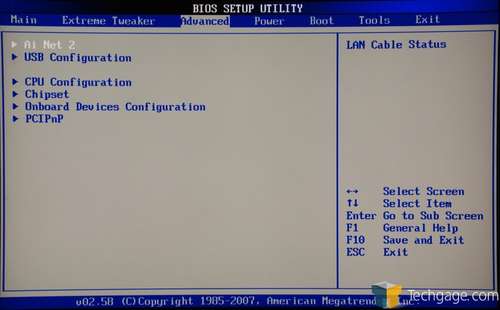 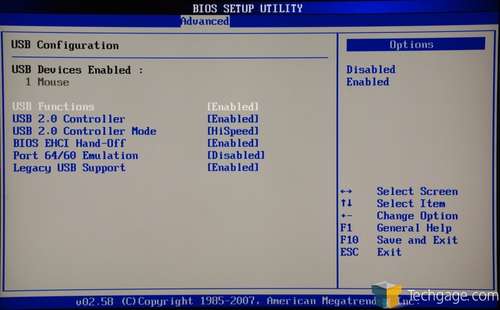 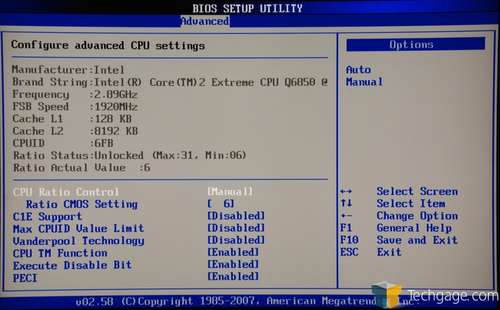 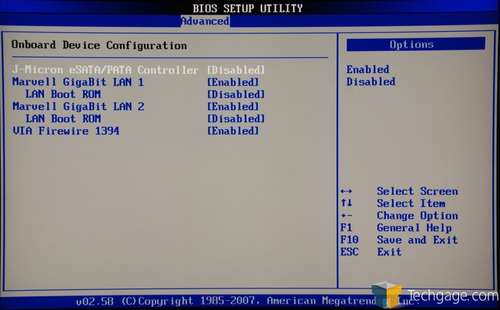 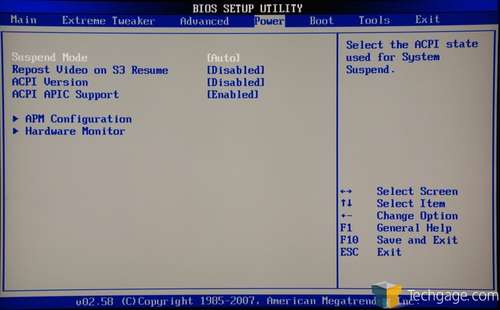 The Hardware Monitor is rather in-depth on these boards. If you want to protect your NB and SB, you can set the computer to shut off automatically if it reaches a certain temp. You can choose 70°C and 80°C for both. You can also watch the temps for almost everything here, and if one of the components has voltages at unacceptable levels, they will be highlighted in red. 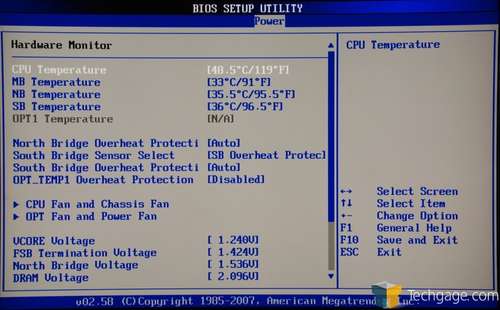 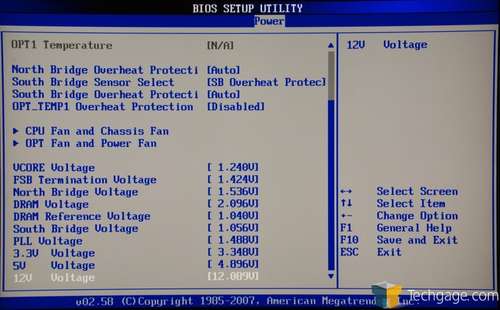 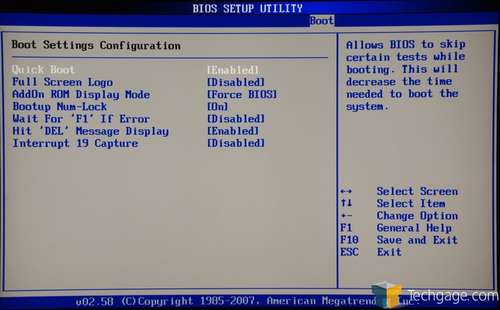 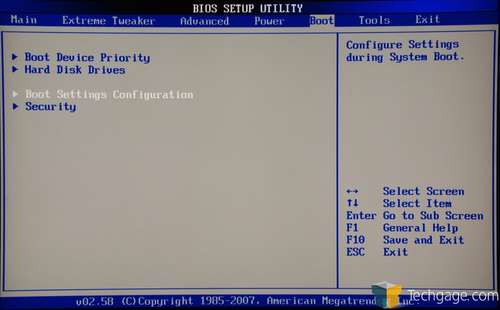 Like all other recent ASUS motherboards, the BIOS flash utility is one of the best I’ve used. If you have the BIOS on a thumb drive or an installed FAT32 partition, the BIOS will access it and you can flash it right from there. It will also read ROM files off of a CD-Rom/DVD-Rom. 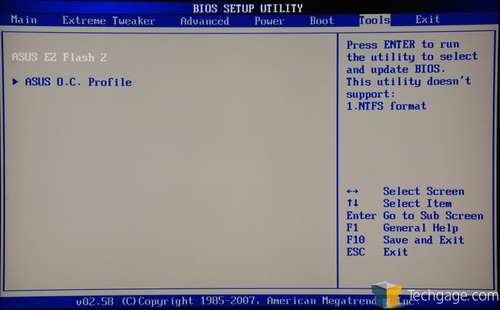 Time to put both boards to the test!