Just under the LCD display is a lonely FireWire port. To the left of the LCD display there is the standard PS2 mouse and keyboard ports and the coaxial and optical audio ports. To the right there is two columns, both containing one gigabit Ethernet port and each with a pair of USB ports below them. 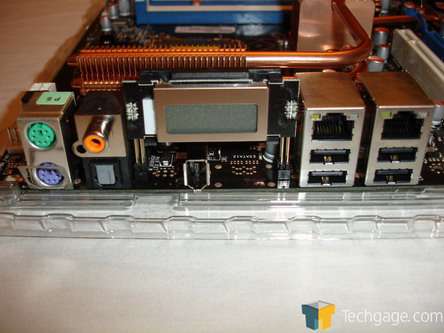 As stated earlier, the most dominate feature on the motherboard is the long set of heatpipes that run from the southbridge, across the northbridge and up to the voltage regulators. This wraps around the bottom and left sides of the CPU area and overall, gives the motherboard a clean look. 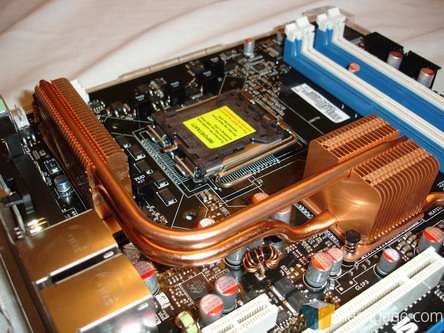 Focusing our attention back to the socket area, Asus has left more than enough space for one to mount any cooler of almost any size. Not only is it spacious around the socket, there are also no tall standing components around the CPU area as well. This will allow the user to use an array of wide coolers to keep their CPU running temps in check, as well as keeping the surrounding components cool too. 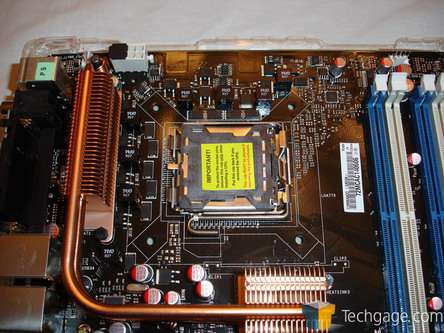 Taking a look at the back of the motherboard, we see… a back of a motherboard. Nothing out of the ordinary here. 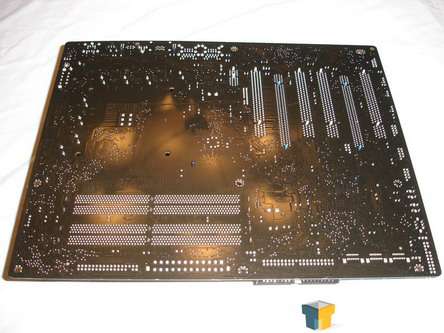 Finally, we take another look at the southbridge cooler and then down along the heatpipe. 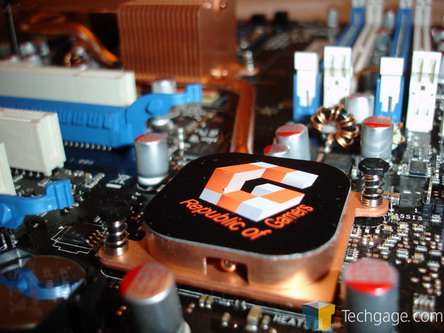 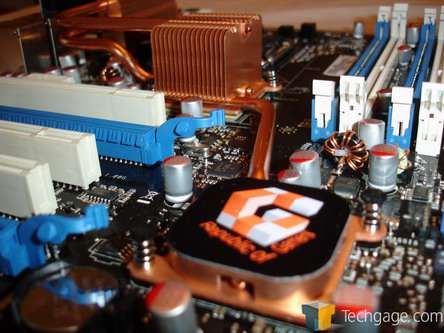 The final piece that ships with the Commando is the SupremeFX audio card. As covered earlier, the SupremeFX is a discrete sound card using the ADI 1988B audio chip. The card provides 8 channels of high definition audio as well as the S/PDIF that can be found on the rear I/O of the motherboard. I am certainly not an audiophile so if anyone has any audio related questions, hop in our forums and Taterworks can hook you up with as many answers as you can fire at him. 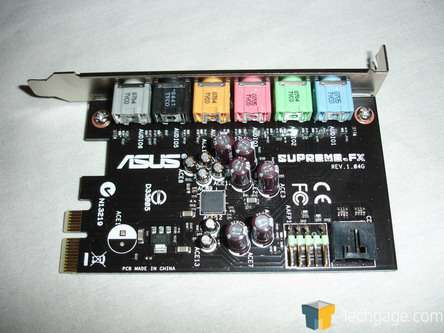 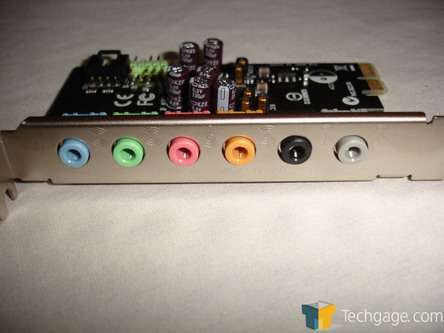 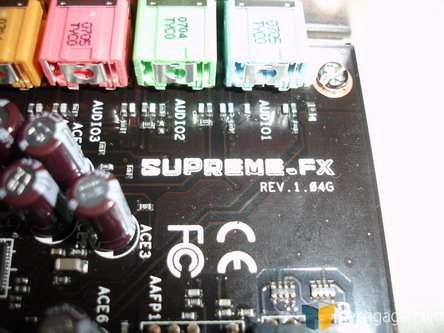 As stated earlier, the top slot on the motherboard is not to be used with a x1 PCI-E card. Its sole purpose is to provide a dedicated home for the SupremeFX daughterboard. 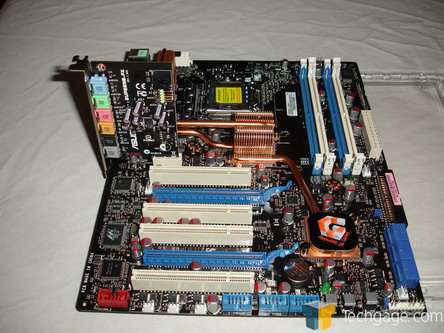 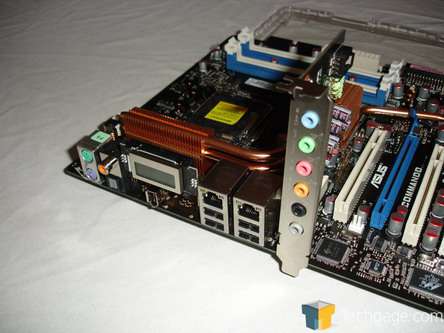