Included with the Commando, Asus provides some simple utilities that allow you to monitor your temperatures, fan speeds, voltages, and usage of each core. You can also tweak your system, in Windows, if you either do not feel comfortable enough doing so in your BIOS or need to eek the last extra little bit of performance out of your machine with settings you can’t get to pass POST. There is also a utility that will allow you to control your fan speeds. These utilities, in their entirety, are called the Asus A.I. Suite.

First up is A.I. Gear. This will allow us to control our fan speeds by manipulating this cool little shifter. Kind of hokey but kind of cool.

There is also A.I. N.O.S. Now this isn’t a shout out to all you ricers out there, but rather an acronym for non-delay overclocking system. This will intelligently up the PC performance in the most demanding situations.

With A.I. Booster, you can overclock your CPU without having to get out of Windows and boot into your BIOS. This can not replace the reliability of overclocking through the BIOS, but it is good for mild overclocks and for those who have found the max that their PC can boot into but still want to try to squeeze out the last bit of performance they can.

In the A.I. Suite alone, you have the primary display. Here you can monitor your voltage, CPU usage and pretty much everything we talked about earlier. You control your utilities with the buttons on the left hand side of the window as well. 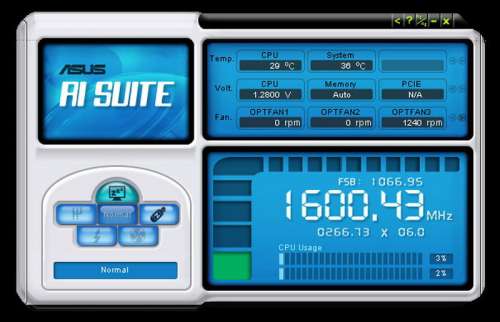 Finally we have Q-Fan. This utility gives us the ability to fine tune our fan speeds. It’s as simple as that. 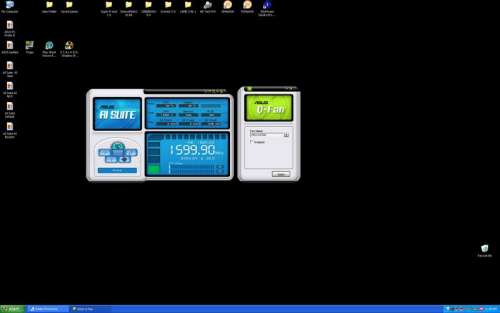 Outside of the A.I. Suite, there is a system tray residing program called PC Probe II. For any of you that have used Asus boards in the past, this program, in one version or another, has accompanied Asus motherboards everywhere they went. This will give you a definitive display of all of the voltages, fan speeds, clocks and temperatures on your motherboard. 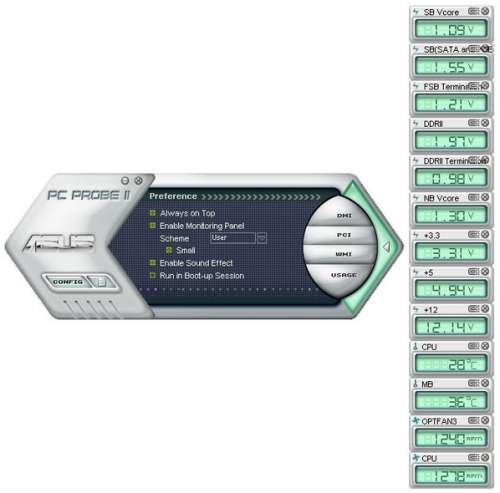 The final utility that Asus bundles with the Commando is the Asus update console. From here, you can retrieve a BIOS update from online, or from a locally saved file, and use the tool to update your BIOS. Some swear by this utility while others will only use a floppy drive and update at startup. Whatever you use, I will say this. I have never once had a problem with this program. I am either lucky or the Asus update utility actually does what it says it should. 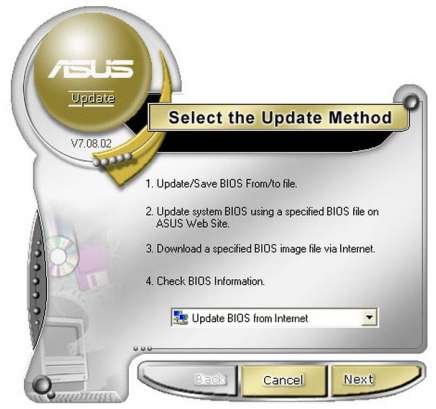