Welcome to the most loved and hated benchmark on the planet, Futuremark’s 3DMark 06. This benchmark was launched back in January of 2006, so it’s tests are not exactly up to par with today’s graphic cards, but it’s still a decent way to gauge how today’s cards scale with each other. The next version of 3DMark, Vantage, will be a complete revamp of the benchmark we know today and will no doubt make our computers feel useless once it’s released.

Because the X2 excels at higher resolutions, we don’t expect to gain much from our test at default settings, but as we’ll see, when the resolution is changed to 2560×1600, that’s where differences become more noticeable. 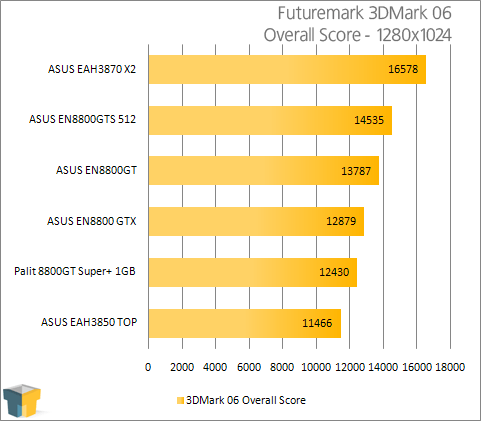 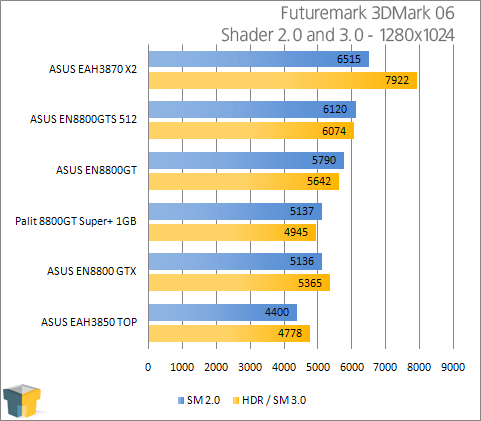 As was expected, the X2 topped the chart here by a rather healthy margin. The 8800GTS 512 falls ever so slightly behind. It goes without saying, however, if the GTS 512 was in a dual-GPU mode like the 3870 X2, the chart would look a little different. 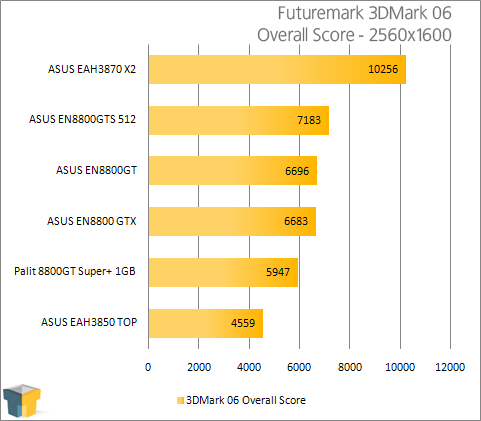 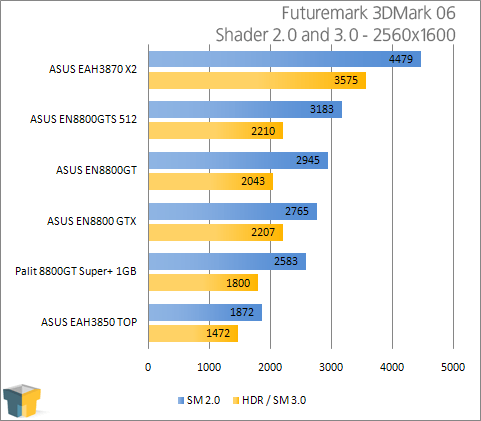 On the next page, I’ll take a brief look at power consumption and I’ll wrap up with my final thoughts.